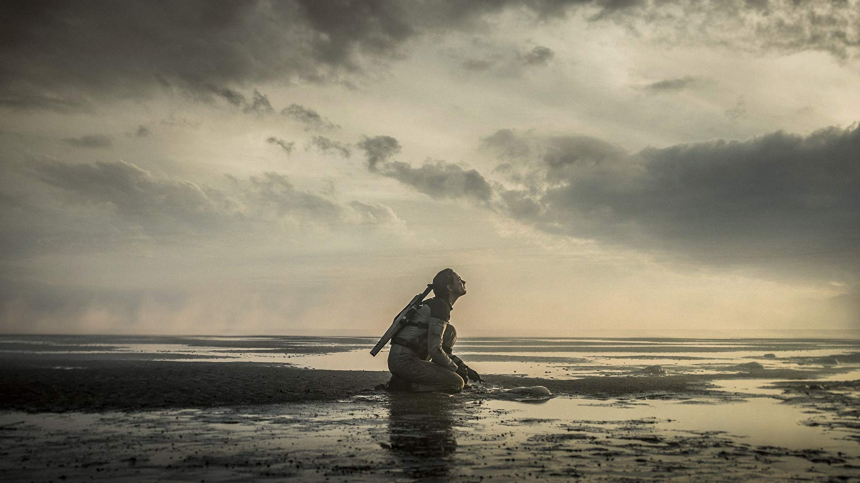 It looks like Roland Emmerich has re-teamed with German director Tim Fehlbaum on a science fiction thriller called Haven: Above Sky.

Some research into the title shows that it's been in post-production since early 2019, but there is good pedigree and rep behind the film, including production company Constantin Film (Resident Evil series), and international sales rep from Mister Smith Ent. who managed I Am Mother and Captive State.  Also, the visual FX company Scanline has it listed as an upcoming project. Here's hoping this means we hear more from this one sooner than later.

Set in the distant future, the film is set to follow a female astronaut, shipwrecked on the long-decimated Earth who must decide the fate of the wasteland's remaining populace.

Emmerich and Fehlbaum collaborated all the way back in 2011 on a little post-apocalyptic horror film called Hell, which I still consider one of my favourite little shockers of its kind and I highly recommend it to horror and apocalypse fans alike.

Synopsis: In the not-too-distant future: after a global catastrophe has wiped out nearly all of humanity on Earth, an elite astronaut from Space Colony Kepler must make a decision that will seal the fate of the people on both planets.

Nora Arnezeder stars along with Game of Thrones' Iain Glen, Sarah-Sofie Boussnina, Sope Dirisu and others.

More on this one as it comes, folks. Suffice it to say, we hope it finds its way onto a global release schedule soon.

Do you feel this content is inappropriate or infringes upon your rights? Click here to report it, or see our DMCA policy.
Constantine FilmsGermanyHellRoland EmmerichScifiTim Fehlbaum