Directed by Adam Oľha, the documentary portrait goes behind the scenes on filmmaker Jan Švankmajer's works, opinions and post-retirement phase. 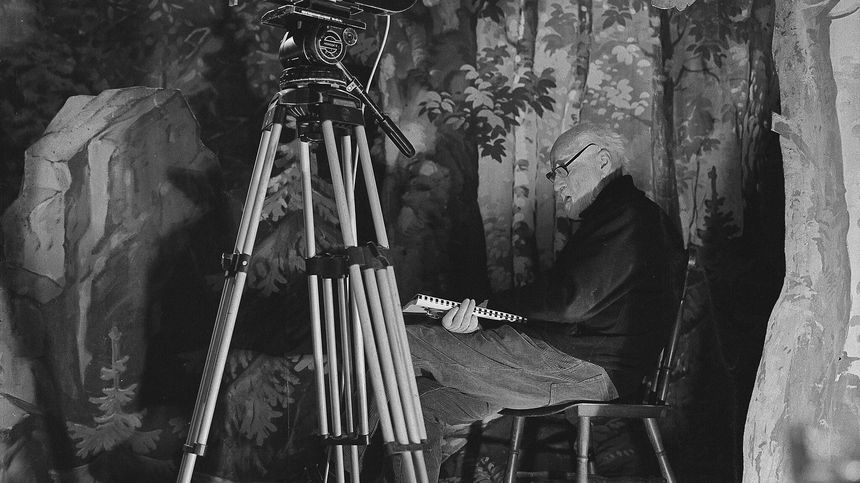 The celebrated Czech artist, filmmaker and pre-eminent surrealist, Jan Švankmajer, bid farewell to feature filmmaking in 2018. He decided to perform it elegantly, delivering a swan song, Insects, a loose adaptation of a play by Čapek brothers from 1924, The Life of the Insects. Insects arrived from the director´s drawer of the unrealized script along many others, a couple of which were published in books.

In the alchemical tradition, Švankmajer transmutes art forms in the film adapting a stage play into a film while at the same time shooting a film about a film about the stage play. The scenes from the actual story appear next to behind-the-scenes footage of the director instructing his actors, the film creator present in the plain sight within the product of his imagination. However, Insects was not the last time Švankmajer appeared in front of the camera.

Slovakian docu-maker Adam Oľha was tasked to shoot "a making of" material about Insects when Švankmajer decided it will become a natural part of his film hence the ultimate hybrid docu-fiction form of Insects.

At that time, Jaromír Kallista, a long-time Švankmajer´s collaborator and producer of his films (and art exhibitions) since 1987, approached Oľha and the Czech editor Jan Daňhel, who edited Insects, saying a film about his production company Athanor (the name refers to alchemical furnace in the film´s title) should be made. Oľha noted that one of the Kallista´s motivations was to reveal the behind the scenes on Švankmajer´s projects. 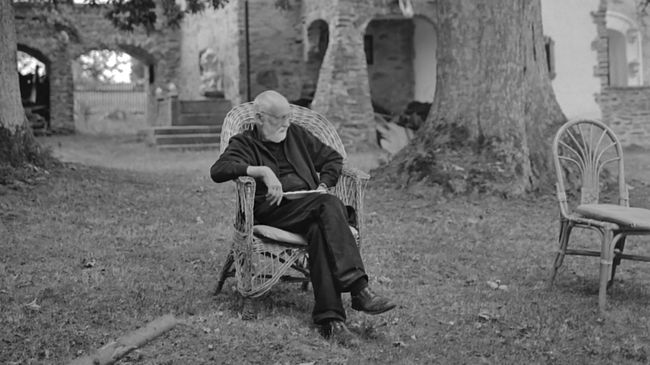 The Alchemical Furnace does not obey the usual convention of a portrait documentary or a biopic. A freewheeling structure akin to a collage defies the boundaries of the form and traditional talking-heads style seesawing between serious confessions in the equal measure to mundane even comic snapshots from the director current life. The latter approaching a family album style of candid pictures capturing Švankmajer nonchalantly crashing his four-wheeler, posing awkwardly with fans or getting irritated by organizers at an art exhibition.

The Alchemical Furnace is a product of close observation by a very small crew familiar with the Czech artist. Jan Daňhel is a member of the Group of Czech and Slovak Surrealists where Švankmajer has been a member for a long-time and which Oľha called Švankmajer´s second family. Oľha revealed they shot hundreds of hours of footage that have been distilled into 117 minutes according to several principles, one of them being the Švankmajer´s personal Decalogue.

The anything-goes approach results into a final quality defined by authenticity. Far from ironed-up and polished publicity materials, Oľha and Daňhel peek into Švankmajer´s routine from being celebrated at film festivals to being irritated at art exhibitions. After all, Švankmajer is the proponent of the objective humor (that originates from unpredictable situations during shooting) and he let Oľha and Daňhel shoot whatever they wanted without interfering or offering his advices what should and should not be shot or how should be the film edited.

However, the film´s authenticity extends from the situational recording and reality footage it produces to a deeper layer. Probably the film´s most valuable asset is the surrealist artist being himself without trying to pull any mystification shtick. Jan Švankmajer is perfectly candid on camera. While he is giving a tour of his small chateau stuffed with diverse sculptures and fetishes, he points at a chair saying it is Eva´s chair and nobody sits on it.

The Czech painter, puppeteer and long-time collaborator on Švankmajer´s films, Eva Švankmajerová, died in 2005. Švankmajerová was an artist in her own right besides working on her husband´s projects. Švankmajer did not publicly talk about her death though people close to the pair did say they were like twins. 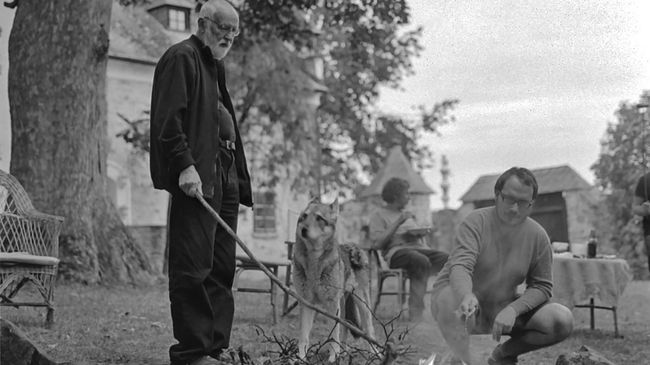 The more surprising is when Švankmajer starts talking about her, their relationship, even to that point when he recalls the time he has to be hospitalized shortly after her demise following a mental breakdown. Oľha himself considers this moment to be the most surprising one of the whole shooting.

The Alchemical Furnace thus becomes a long-overdue tribute to an artist who joined her life and work with Jan Švankmajer while keeping working on her won projects such as the celebrated the Emancipation Cycle.

While the segment of Švankmajer´s remembering the life with his wife may be the most touching and private moment in the film, it also belongs among the film´s highlights in revealing the true behind-the-scene of his artistic practice.

The Alchemical Furnace evolves rapidly from a mono-personality portrait to triptych revealing how organically the three individuals were and still are intertwined. The rather free and haphazard structure of the film enables to display the larger eco-system in which the Švankmajers and Kallista worked. The film´s gains consistency paradoxically in its inconsistency. 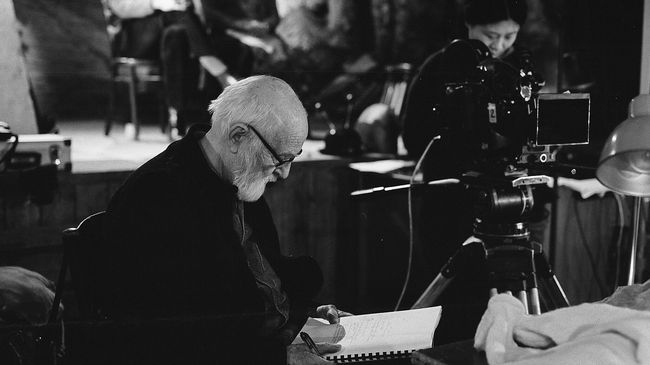 The true and highly valuable asset of Oľha and Daňhel´s docu-probe turns out that the film is not a monument of adoration to the nevertheless deserving luminary. No cult of personality, no mythology-building, no celebration of his superiority, just an artist and a filmmaker with his producer going on about their routines and usual activities, fierce debates or offering their snippets of wisdom from public speaking events such Švankmajer´s opinion on death.

The film is a portrait of an artist as a man. A humble and honest man not hesitating to share on camera even personal experiences. The honesty and openness are so disarming it is hard to believe there is no mystification regarding this type of internationally revered artist. To the extent that the artist draws a parallel between his work and infantilism while implicitly offering jabs on his unfitness in the capitalistic system as well as the totalitarian regime.

The Alchemical Furnace serves as a stand-alone piece documenting Švankmajer´s activities around and after his filmmaking retirement though without the ambition to offer an exhausting retrospection of the filmmaker´s career. Simultaneously, the documentary offers a deeper insight as an additional companion piece to Švankmajer´s books (The Power of Imagination, The Roads to Salvations, or his articles in the Czech surrealist magazine Analogon).

Do you feel this content is inappropriate or infringes upon your rights? Click here to report it, or see our DMCA policy.
AthanorCzechiaIFFR 2020Jan SvankmajerRotterdam 2020slovakiaThe Alchemical Furnace