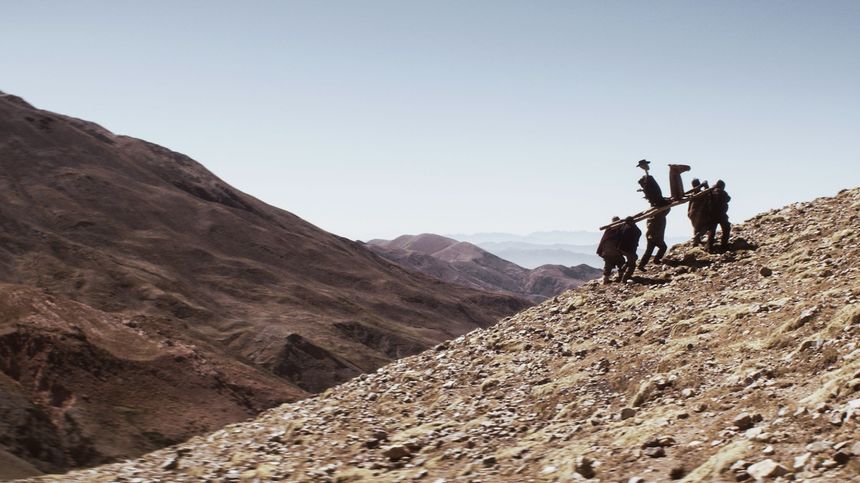 The IFFR Tiger competition represents a rich variety of formalistically distinctive oeuvres from all over the world.

One of the repeating patterns in the competition became the deliberate programming of docu-fiction hybrids unspooling on a wide stylistic spectrum. The 2018 IFFR competition introduced Djon Africa by João Miller Guerra and Filipa Reis, a travelogue-like journey in the tracks of the Cape Verde-born protagonist´s identity, while the year before, Niles Atallah brought Rey, a period experimental docudrama veiled in heavy yet playful mystification.

There is a little to suggest that Piedra Sola is actually a fiction film, as it starts with a naturalistic scene of gutting a llama. Its meat is later offered for a sale in a marketplace by Ricardo Fidel Tolaba, a llama herder and the film's protagonist, who basically plays an on-screen version of himself. Longer scenes, naturalism combined with impressionistic anamorphic shots of the landscape, and lack of action-driven plot development renders Piedra Sola as a full-blooded docu-pic at first glance.

Tarraf and his film crew of six other members hiked to Jujuy in the northern highlands of Argentina to the altitude of 4,500 meters in order to observe Ricardo and his family in a remote village of El Condor. The crew blended among the small society living an isolated existence, to which the constant whining of the wind is the sole soundtrack. After a series of scenes depicting the simple, humble and uneventful life of llama herders, Ricardo starts voicing a suspicion that a puma is preying upon his herd. The predatory feline creature, though, never makes an on-screen appearance, thus invoking a suspicion that it is merely a metaphor for other invisible forces to be.

The puma-cue becomes a plot trigger, as the impressionistic observation morphs into a structure resembling a story arc. Ricardo embarks on a puma-hunting crusade which is, as it soon transpires, rather an abstract concept. Nothing even slightly related to actual physical cougar extermination action takes place. On the contrary, the protagonist becomes an actor in local rituals. Furthermore, the initial hunting intention gradually transforms into a more mythical and spiritual quest, to the surprise even of Ricardo. 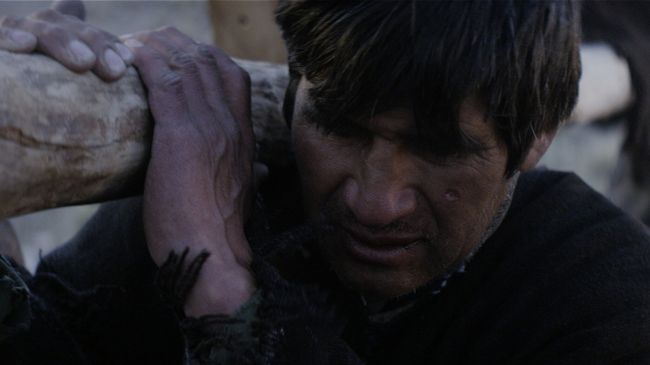 The film returns back to the initial travelogue-like ethno-documentary mode, as it maps the customs and lives of a society that maintains the traditional way of life, even in the 21st century. Along the traditional perception of the world in a strong bond with nature. Piedra Sola depicts a completely different and, to a certain degree, alien lifestyle compared to modern-day standards.

It is a lifestyle experience, though, and molded by ancestors in which the inhabitants of El Condor continue, the essence of man's primal connection to nature. This state preserves a certain mystery about life, which forms a crucial aspect of Piedra Sola's cinematic experience, steering a bare-bones documentary into more lyrical directions. Mystery and rituals frame and inform the film's form most visibly.

Tarraf himself explained the film is based on the Andean cosmovisión that divides the planes of pachamama ("Mother Earth" in translation, however, the term is more pregnant with meaning including time and universe) into a land of the serpent (the underworld), land of the puma (the middle world inhabited also by humans) and the land of condor (the upper world of higher spirits). Taraf co-wrote the script with filmmaker Lucas Distéfano and admits that to inspiration from the tarot regarding the archetypes employed in the story.

Piedra Sola, as docu-fiction hybrids before in Tarraf's oeuvre, reconciles two planes. The documentary side captures the life which locals have been living in an authentic form of their ancestors as the new technology is invading (and disrupting) their going-ons (the Internet arrived this year). The ethnologically-anthropological observation includes the rites and customs of the community, such as animal sacrifices, burial processions, reading from cacao leaves or "Carnaval".

The fiction or narrative dimension is based on a poem by Atahualpa Yupanqui of the same name  which describes, in Tarraf's words, a piece of mountain that fell from the sky and landed in the middle of a landscape, where it became a solitary rock, offering a refuge to passing shepherds. The protagonist Ricardo Fidel is supposed to be that rock.

The intersection between the two planes and forms as well as the binding matter is a mystery, or life as a mystical and mythological experience that the film attempts to convey in an especially rich maner, with sensorial impact to elude deeper connection, even if mediated, to nature and a primal, more tactile and raw, sensing and experience of being. 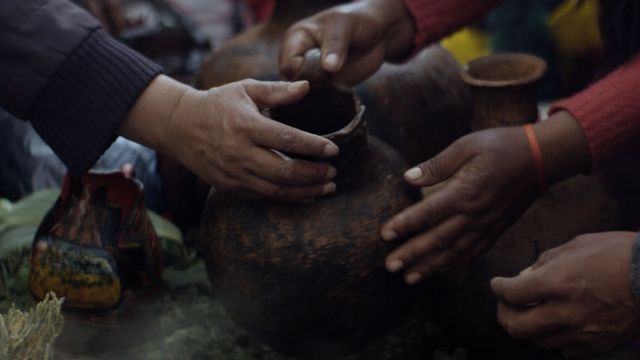 Unequal balance governs between documentary and fiction leaning predominantly to the documentary side, the prevalent plotlessness alluding to the practices and aesthetics of so-called slow cinema, mostly in terms of observation and contemplative character, without embracing slow cinema's formalism.

The shots are not that long and they keep refocusing from the story's protagonist Ricardo to the collective protagonist of pachamama of the docu-mystery segments in the film, personified by the landscape and rituals enacted on its turf. Piedra Sola is more sensorial than religious experience and more of a captivating intimate ethno-cultural field trip than a thrilling story of a mountainous adventure.

Piedra Sola and another Tiger competition title, Kala Azar (read the review), share a common ground regarding the transposition of documentary practices and methods in fiction filmmaking. Furthermore, both directors employ poetical vocabulary related to earth as they immerse into lyrical instead of epical not solely as means of artistic expression but experiencing reality. 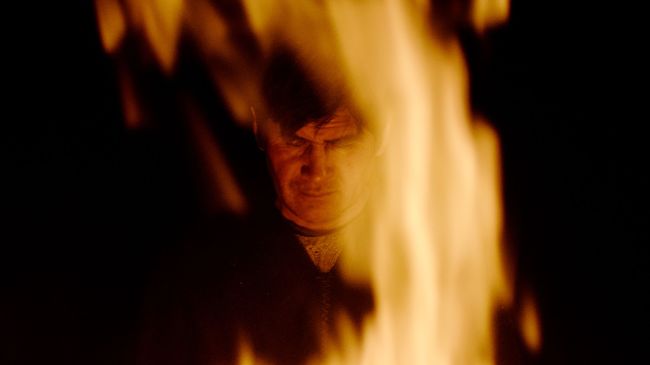 Janis Rafa, however, remains on the ground during the entire film, investigating the relationship  between humans and animals. In this sense, the film is shaped by the horizontal line, or what the decentralized narration as a series of vignettes confirms. In contrast, Alejandro Telemaco Tarraf is less interested in that particular relationship, even though such it forms an initial motif, and is more enmeshed in mankind's link to nature and beyond.

Janis Rafa works with physicality and physical performance as the main manner of expression in an array of close-ups. Alejandro Telemaco Tarraf and Alberto Balasz broaden the lenses for a wide-angle perspective of a man's choreography against and within the landscape emphasized by vertical composition (and narration in that sense) without abandoning it entirely.

In that regard, Piedra Sola's ultimate ambition is to capture or at least come closer to a notion of transcendental veiling itself into a cloak of mythological realism in the similar vein Niles Atallah demonstrated in Rey. Similarly to Kala Azar, Piedra Sola is an ambiguous hybrid oeuvre in form and substance anchored between explicit and enigmatic.

Do you feel this content is inappropriate or infringes upon your rights? Click here to report it, or see our DMCA policy.
IFFR 2020Rotterdam 2020Alejandro Telémaco TarrafLucas DistéfanoDocumentaryDrama