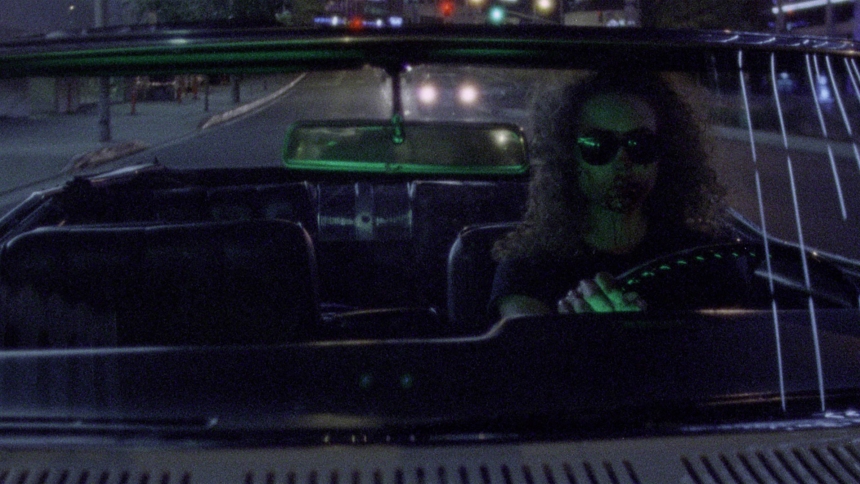 The scary thing is: I think I get it.

Anyone can paint, but not everyone can be an artist.

Maybe not entirely so, not yet. She is under intense pressure to complete a new painting, for which she was paid an advance that allows her to paint full-time and to live in her own apartment / studio and drive her own car. If she doesn't finish the painting in time, though, her life may be completely blown up.

The building artistic tension that she feels has stifled her ability to create. Seeking relief from the stress and/or inspiration so she can finish the unfinished canvas that looms in her studio, she makes her periodic drug-run from a trusted dealer and winds up on a trip that leaves her blacked out, disoriented ... and filled with vivid ideas that simply must be expressed through her paintbrushes.

Filmmaker Joe Begos quickly carved out a distinctive reputation by populating his first two feature films -- Almost Human (2013) and The Mind's Eye (2015) -- with aggressive, brusque, intense lead characters, combined with a deep appreciation for practical effects that sailed far past the comfort zone for more squeamish viewers, such as myself.

Begos retains his taste for bloody, gory, squishy practical effects that are almost risible in their embrace of the outlandishly violent. Before that side of the equation takes hold in Bliss, however, the writer and director showcases his lead character in a more meaningful manner, which makes the turn toward ultra-violence more affecting.

In her heart and mind, Dezzy is an artist. As vividly embodied by Dora Madison in a truly committed performance, she is an empathetic character because of her sheer, driven passion to express herself creatively, even if she does not understand exactly what her art, exactly, means or why it's so important to her to get it out of her mind, onto the canvas, and into the world.

Dezzy has trouble expressing herself verbally in words that are longer than four letters. But something in her head commands, nay, demands that she take action(s) to realize the vision that she senses is waiting to be expressed. She capitulates and does what she must to rid herself of the demons that are welling up inside of her exploding brain.

Frankly, Begos' treatment of the material repels rather than attracts my personal sensibilities; it feels like an assault, or a waking nightmare. (Different strokes for different folks, and all that.) Even so, the filmmaker's distinctive artistry deserves, nay, earns respect for his fierce, independent vision. This is what his inner voice says to him, and he expresses it through his art on the largest canvas possible. With this film, Begos is clearly continuing to grow in his talents and abilities, and it feels like he is expressing that vision directly through Dezzy.

Those of us who are not true artists can only guess at what Dezzy is feeling inside her increasingly troubled soul. We can sympathize, though, and maybe even empathize with her frustrated psyche. We can only wish that we had that type of artistic vision.

Then again, after seeing Bliss, we may be very happy that we don't. 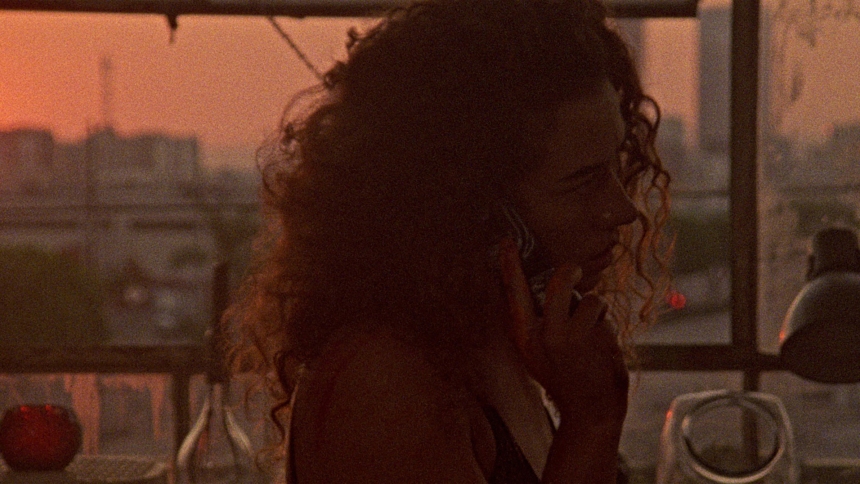 Do you feel this content is inappropriate or infringes upon your rights? Click here to report it, or see our DMCA policy.
Dora MadisonGraham SkipperJoe BegosShudder