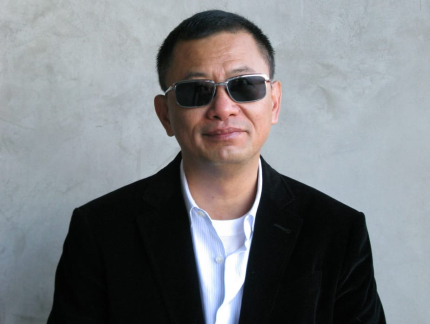 As reported by Patrick Frater for Variety, production on One For the Road "in New York and Thailand will begin by the end of the year."

What is the film about? "The film is a buddy drama and a road movie that sees two old friends who have been separated for years embark on final road trip when they discover that one of them has terminal cancer," according to Variety. "But there is also another agenda behind the trip."

Chutimon Chuengcharoensukying made her auspicious feature film debut in Bad Genius, portraying a "bright and promising" top student, as I wrote in my review from Fantastic Fest. The student succumbs to a fellow student's financial incentive to cheat on all-important exams in behalf of other students.

A former model, Chuengcharoensukying gave a winning, empathetic performance. She credited director Poonpiriya and her fellow actors for 'pushing' her to work hard in the role. (Read more in an interview conducted by Diva Velez, published here during the New York Asian Film Festival.)

Read more about the film at Variety. Sounds like a very promising project and Wong Kar Wai's active participation will only benefit the film, I would think. In the meantime, watch a trailer for Bad Genius below.

Do you feel this content is inappropriate or infringes upon your rights? Click here to report it, or see our DMCA policy.
Chutimon ChuengcharoensukyingNattawut PoonpiriyaThailandWong Kar Wai