THE GREAT WAR Trailer Tells of Buffalo Soldiers and Their Fight 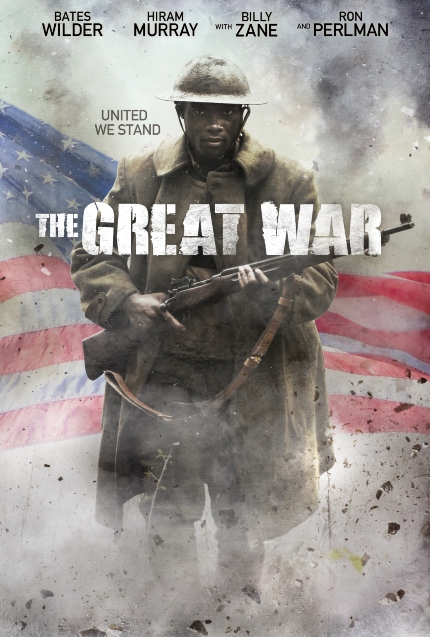 Coming soon to theaters, The Great War tells of the "Buffalo Soldiers," a regiment of African-American military troops, who faced a multitude of conflicts during the dying days of World War I after they were trapped behind enemy lines.

"After one of these soldiers manages to escape, he's ordered to join a select team of white troops, led by a battle-scarred officer, to find and rescue the survivors. Casting aside their racial differences, the determined men join forces to find their lost comrades in this gripping, action-filled tale of bravery and unity."

Directed and written by Steven Luke, The Great War will open in select U.S. theaters on Friday, December 13, 2019. This looks like a good counterpart to Sam Mendes' 1917, which has already received major acclaim.

Both films take place in the same year, but obviously the characters and events are strikingly different. The trailer for The Great War looks pretty good, too; check it out below.

Do you feel this content is inappropriate or infringes upon your rights? Click here to report it, or see our DMCA policy.
Bates WilderBilly ZaneHiram MurrayRon PerlmanSteven LukeUS