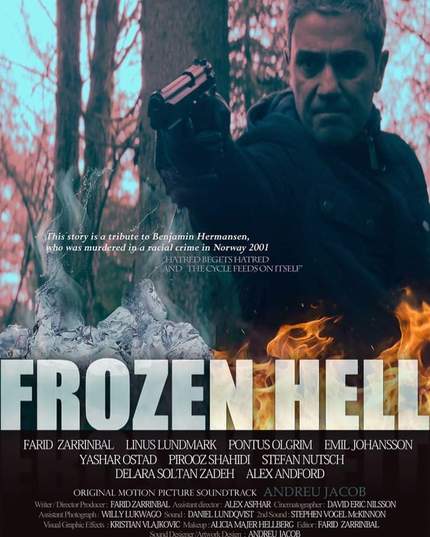 Swedish produced shortfilm "Frozen Hell" is now available online for all to see. The film is based on real-life events in Norway back in 2001.

"This is a tribute to Benjamin Hermansen who was murdered in a racial crime in Oslo, Norway, 2001" says director and producer Farid Zarrinbal

Cinematography by David Eric Nilsson with music by Andreu Jacob.

An Iranian Family who ran away from war and migrated to Sweden, started a quiet life and after several years when the youngest son Arash gets in to Harvard University, the family find themselves in another war, a racial war and that's the time when Arya the older brother is forced to take the law in his own hands.