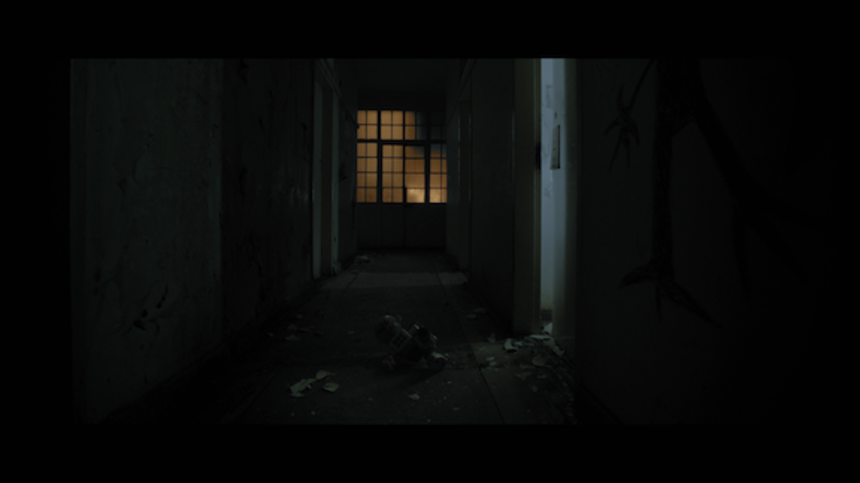 I'm fascinated by other cultures' mythologies of monsters: the boogeymen, the witches, demons of the air and sea, whatever lurks in the closets or under the beds or in the forests and byways to haunt and harm. According to the mythology of the Zulu and Xhose peoples, the tokoloshe is a evil spirit said to harm children and those alone, especially those who sleep on the floor.

In his first foray into filmmaking, director and writer Jerome Pikwane takes this evil spirit and modernizes it in The Tokoloshe to explore themes of loneliness and family in both rural and urban contemporary South Africa. It's a slow-burn horror that punctuates moments of mythological terror with moments of real terrors that women must face alone in a large city, and how loneliness and isolation are the perfect breeding ground for both fear and bravery.

Busi (Petronella Tshuma) has moved to Johannesburg to escape trauma in her rural childhood home; she takes a job cleaning a hospital at night, hoping to earn enough money to bring her sister to the city. But Busi must deal with an extremely aggressive boss who expects certain 'favours', a somewhat indifferent staff, and a hospital that, under budget cuts, is only half-operating. So there are many dark corners where monsters can lurk, and when Busi befriends Gracie (Kwanda Nkosi), a sick girl, she discovers that whatever is haunting the hospital might be after her as well.

This is a Johannesburg that doesn't like 'immigrants' (i.e. people from the countryside moving to the city for allegedly scarce work), and so Busi is an outsider. Being both this outsider and working the night shift in a half-abandoned hospital, Pikwane lures us into a tight and murky world; what little artificial light there is, doesn't give Busi much safety, as if she is slipping into a dream world that could turn into a nightmare at the slightest touch. It's as if we're looking through a fish-eye lens at a strange self-contained world, not necessarily of Busi's own making, but one in which the gaps are wide enough to let the monsters slip in but not enough to let her escape.

There are the monsters of the real world: Busi's white boss is quite explicit and violent in his desire to make Busi conform to his desires, with constant threats to her job and person (sadly not an exagerration), the other women around her might be friendly but Busi must keep her distance, and the monster of the unreal, the Tokoloshe itself, is both familiar and odd (perhaps its lack of definition makes it less frightening thatn it could or should be, given the threat it seems to pose to both Busi and Gracie).

The film begins in a rural community (that later turns out to be Busi's home), but the transfer of the story, and the monster, to the urban setting makes the fear more immediate, its out-of-placeness connecting it to Busi in an intimate manner, as she steps in for those often forgotten in South Africa's push to a modern and egaliatian society. Both Busi and Gracie - one an outsider to the city, the other a child - are among the most vulnerable, prey to the mythological monster, as well as the powerful white man, and indeed any man who would care to use them like a toy.

The film loses some steam towards the end, as Busi returns to the countryside and the monster is revealed, taking away some of its power to frighten us. But Pikwane infuses the film with terror both subtle and overt, and referencing how the old legends are bumping against a modern, unbelieving society, that the latter should really beware.

The Tokoloshe is now available on digital platforms and DVD from Uncork'd Entertainment.

More about The Tokoloshe