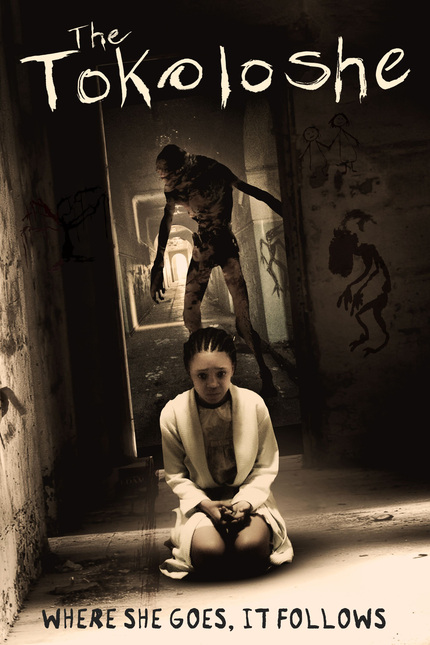 Many cultures have creatures in their folklore that come at night, dispute sleep, and generally terrorize a person or a community to the point of madness. In Zulu mythology, that creature is the Tokoloshe, and in Jeremy Pikwane's feature debut of the same name, such a creature haunts a young woman.

Busi, a young destitute woman with dangerously repressed emotions, lands a job as a cleaner at a rundown hospital in the heart of Johannesburg. Desperate for the money so she can bring her younger sister to join her, she must cope despite the predatory and corrupt hospital manager. When Busi discovers an abandoned young girl in the hospital, who believes she is tormented by a supernatural force, Busi must face her own demons from her past in order to save the child from the abusive monster that pursues them both relentlessly.

Having screened genre fests around the work such as FrightFest, MotelX, BiFan, and Sitges, it will have its North American digital platform and disc release on December 3rd from UnCork'd Entertainment. Check out the trailer below.

More about The Tokoloshe