Coming Soon on Criterion: BAMBOOZLED, LEAVE HER TO HEAVEN, THE CRANES ARE FLYING, More 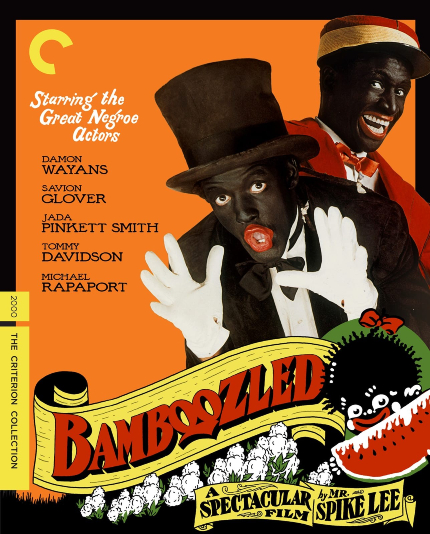 In March 2020, the Criterion Collection will release a Blu-ray (and DVD) edition of Spike Lee's satire, first unleashed in October 2000. Criterion describes it as "a stinging indictment of mass entertainment at the turn of the twenty-first century that looks more damning with each passing year." Savion Glover, Tommy Davidson, Jada Pinkett Smith, Michael Rapaport, Mos Def, and Paul Mooney star; special features both old and new are included.

The month's other new releases include John M. Stahl's Leave Her to Heaven (1945), Barbra Streisand's The Prince of Tides (1991), Mikhail Kalatozov's The Cranes Are Flying (1957), James Whale's Show Boat (1936) -- yes, after he made Bride of Frankenstein, Whale made a musical -- and Salesman (1969) from Albert Maysles and David Maysles, a hard-hitting documentary that supplies a dose of reality for all people who pound the pavement for a living.

Visit the official Criterion site for all the details, including specific release dates.