Blu-ray Review: Stalking Takes the Stage in THE FAN 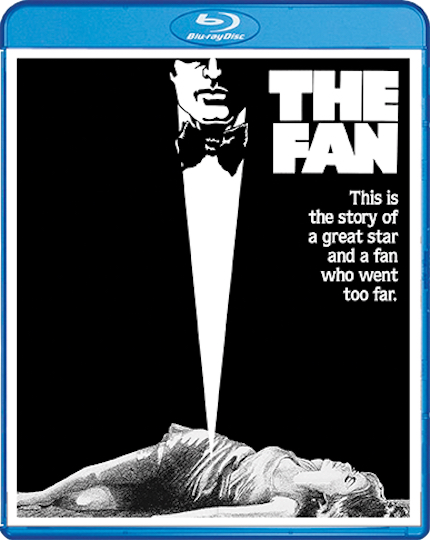 Out in 1981, The Fan was commericial director's Ed Bianchi's first film. Funny enough, it feels like a TV movie for the most part, which I suppose is fitting because he went on to work mainly in television on shows like Boardwalk Empire, The Killing, and Deadwood.

The film stars a young Michael Biehn (Aliens, The Terminator, Tombstone) as Douglas Breen, a troubled man who is obsessed with Sally Ross, an aging actress (something we might not ever see committed to film again due to rampant ageism) played by Hollywood legend Lauren Bacall.

Sally goes about her fabulous life, living in a tony apartment across from New York's Central Park in a very exclusive Manhattan address. (She's prepping for a starring role in a musical, and oh man, Bacall's singing is sadly, quite tone deaf.) Sally goes back and forth on dates with her ex Jake Berman (the awesome James Garner); they're best friends, but he's going to marry someone else because he and Sally have tried to make it work, but it ain't working. You just know that this is a set up for them to get back together later, and spoiler, yep.

Sally's secretary Belle (the excellent, multi-award-winning Maureen Stapleton) takes care of Sally's admin and household chores, including answering Sally's fan mail. All goes well until Douglas' letters become more persistant, then demanding, then threatening. All the world is at the mercy of disturbed white men, you see, just read the news on any given day.

Anyway, the threats become real violence and people around Sally start being attacked and then full-blown murdered, until the ultimate showdown in a theatre after opening night.

The Fan is an interesting time capsule of the early 1980s in New York City, and Biehn is quite good, often expressing rage or turmoil in his eyes or a facial nuance without any dialogue whatsoever. I can't say the film will have a great rewatchability factor for me, but others may dig it more, particularly Bacall, Garner, or Biehn fans.

Save for the opening, The Fan looks (and sounds) absolutely wonderful in this release. I've looked through the Scream Factory one-sheet and there's no mention of a new restoration. It boggles my mind because the film really does look fantastic and the picture seems to be the result of one of the company's signature restorations.

Now onto the special features!

Biehn always gives a pretty good interview, and here, he reveals how rude Bacall was to him when he introduced himself. He's likewise candid about filming the project, as well as how he feels about it. Other interviews are your usual talking heads.

Add a little weird time capsule to your home video library with The Fan by heading over to Scream Factory's page for the film here.