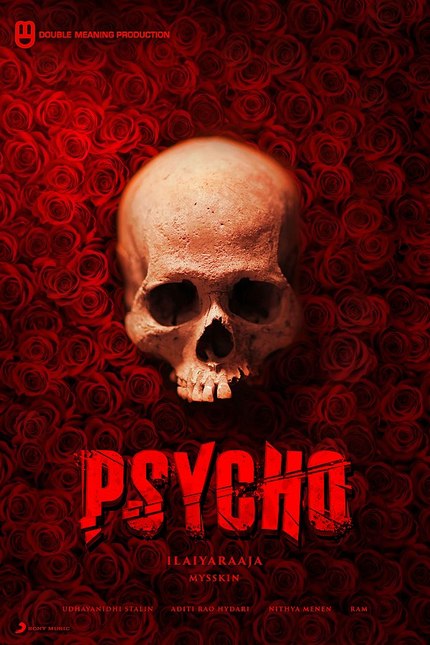 Indian regional cinema is going through a genre craze right now, and the latest upcoming entry is director Mysskin's Psycho. Mysskin is one of Tamil Nadu's most iconoclastic filmmakers, equally admired by multiplex audiences and fans of less conventional cinema. He is no stranger to genre filmmaking, having recently starred in and co-written Thiagarajan Kumararaja's amazing Super Deluxe, directing superhero action film, Mugamoodi, as well as directing one of Tamil cinema's most impressive horror films of the last decade, Pisasu.

This time around, Mysskin teams up with leading man Udhayanidhi Stalin and legendary composer Ilayaraja to deliver a very bloody looking psycho thriller that has a really great looking teaser. There's not a lot to go on, but fans of the ultra-violence look like they'll be swimming in guts once Psycho hits cinema screens.

No concrete release date has been announced, but Psycho is expected to terrorize audiences before the end of 2019. Check out the teaser below and get stoked.