Vancouver 2019 Review: THE WORLD IS BRIGHT, Touching to Watch, Thrilling to Follow 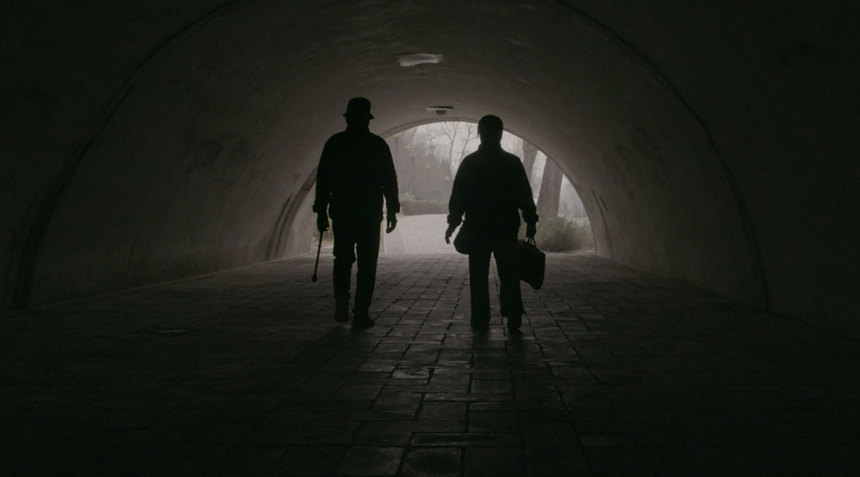 Mr. and Mrs. Deng were at home in Beijing when they received word from the Canadian government that their son, Shi Ming, had committed suicide in Vancouver, where he'd been living. The notification contained little detail, and the Dengs were left baffled. They decided to travel to the western Canadian city in order to get to the bottom of what happened to their only child. This search for understanding forms the basis for Ying Wang's fascinating, frustrating documentary.

Filmmaker Ying Wang made contact with the Dengs in 2007, and filmed their journey for an entire decade, wrapping in 2017 and spending the next two years on editing the footage down into a manageable chunk. The final product is this year's extraordinary documentary The World Is Bright, which had its world premiere at VIFF.

Originally, the Dengs' goal was simply to find out what had happened to their son, as they felt an utter disbelief that he would take his own life. At first, foul play is implicitly suspected by the Dengs. They note that Shi Ming's roommate found him with both alcohol and pills, but the autopsy revealed only the latter in his system.

Their suspicions are pretty clearly put to rest, however, and the mystery of their son's passing begins to clarify itself. What they are left with then is the reality that their son may have been struggling with serious mental health issues with which Shi Ming himself, his parents, and Canadian immigration officials were woefully unequipped to deal.

After the Dengs accept that their son took his own life, they turn their energies toward finding out how this tragedy could have been prevented. Shi Ming had killed himself the day of his immigration trial, during which the Canadian government ordered that he be deported. Could their actions be responsible for his death? Knowing Shi Ming suffered from schizophrenia and had spent time in a mental health facility, should the government have handled his case with more care? These are the questions the Dengs, along with their lawyer, Mr. Wong, attempt to illuminate, leading to a legal battle that would keep the Dengs on Canadian soil for a decade.

Wang pieces the footage of the Dengs together with some reenactments (mostly of Shi Ming's final days) and interviews with those who knew the young man. His parents, relatives, and friends are all forced to tackle their own bias (and ignorance) when it comes to mental health issues, a topic that is rather taboo in traditional Chinese culture.

The movie also reveals the unspoken sentiment that immigrants are somehow less entitled to mental health supports, the idea that they must only contribute to their adopted society and never show signs of weakness. These circumstances, experienced together, can make for a desolate, frightening reality for immigrants to Canada who are living with depression, schizophrenia, or any number of psycho-emotional challenges.

The World Is Bright is a vital, important film that unearths a blind spot in the Canadian immigration system, a system that is often touted as a model to which other countries might aspire. Beyond that, though, the film is also just extremely entertaining. The Dengs' saga unfolds in an investigative-journalism style, and is thrilling to follow. Wang has fashioned an informative and moving story here, and getting to know the Dengs over the recorded time-period is a pleasure. Their steadfast devotion to their child and to each other is immensely touching, and forms the heart of this film.

Do you feel this content is inappropriate or infringes upon your rights? Click here to report it, or see our DMCA policy.
2019canadiandocumentaryimmigrationmental healthsocial issuesthe world is brightvancouverying wang