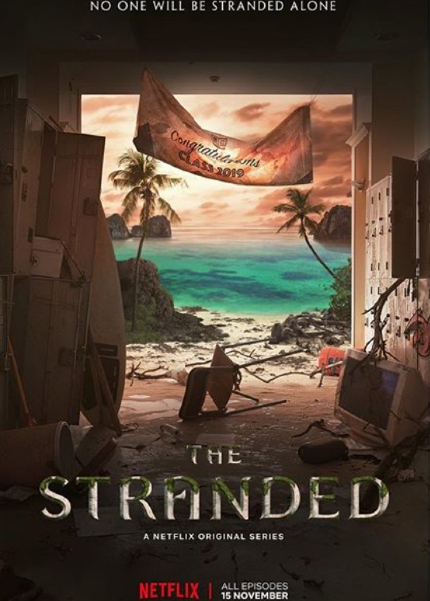 Just when you thought it was safe to survive a tsunami, things turn spooky.

A new trailer for The Stranded sets up a desperate situation, in which teens somehow survive a calamitous tsunami and find themselves stranded on an island. The official description says, in brief:

"Trapped on an island destroyed by a tsunami, the students of an elite school try to hold on to hope. But mysterious forces work against them."

Last year, Deadline reported on 17 new series coming to Netflix from Asia: "Titles including Thai-language original The Stranded, which follows an 18 year old who survives a devastating tsunami along with thirty-six of his fellow students at an elite private high school on a remote island in the Andaman Sea. Directed by Sophon Sakdaphisit, it is produced by GMM Grammy and H2L Media Group with Executive Producers Ekachai Uekrongtham, Gary Levinsohn, Steven Sims, Billy Hines and Christian Durso."

The director previously made horror movie The Promise (2017), which our own James Marsh described as "formulaic yet effective" in his review for another publication. He also reminded that Sakdaphisit wrote Shudder (2004) and identified him as "one of the primary creative forces in Thai horror."

We'll have to wait and see how the series develops, but it won't be long, and in the meantime, check out the trailer below.