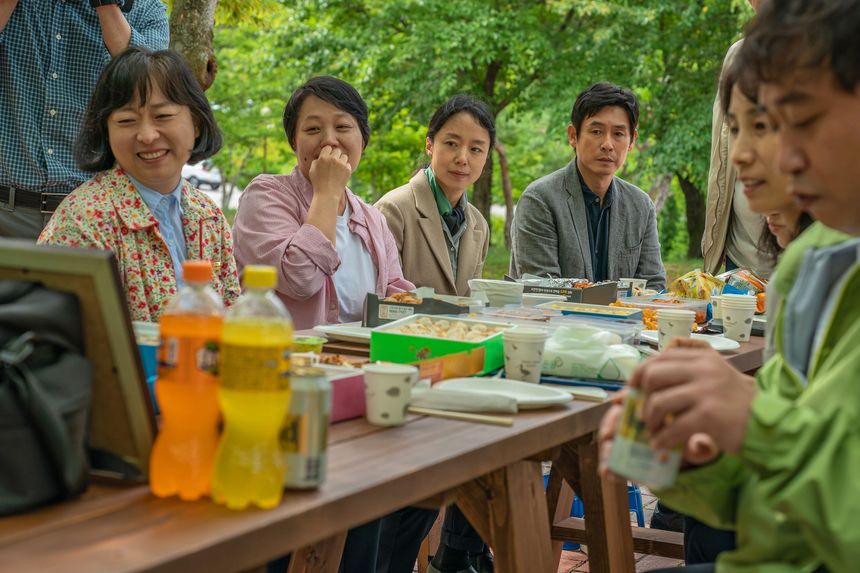 In April of 2014, the Sewol ferry sank off the coast of South Korea, on its way to Jeju island from the northern city of Incheon. It was carrying 476 people--304 of whom died, 250 of them students from the same high school, en route to a field trip. The tragedy received worldwide attention not only because it involved young people, but because the crew's incompetence and cowardice contributed to the staggering death count. In responding to the disaster, the South Korean government came out looking, at best, disorganized and ineffectual, at worst, callous and heartless.

But director Lee Jong-un leaves most of the political scandal in the background of Birthday, her graceful debut film that focuses on an individual family struggling to cope with loss. Jeon Do-yeon (Secret Sunshine) plays Soon-nam, a working single mom doing her best to raise her young daughter, Ye-sol, while grieving for her teenage son, Su-ho, who drowned in the Sewol ferry accident. The arrival of her estranged husband, after spending several years in an American prison, seemingly only complicates matters further.

Jung-il (Public Enemy's Sol Kyung-gu) was an absent father for reasons beyond his control, and he returns to South Korea a kind, loving man eager to tentatively re-enter the domestic realm. Understandably, though, his wife is less than keen on the idea. After raising her two children largely single-handedly and then losing the eldest one in the accident, Soon-nam is a defeated woman, who just wants to be left alone. The more Jung-il inserts himself back into his family's life, the more he begins to see the depth of Soon-nam's grief and how it's affecting his daughter.

When Jung-il is approached by a grief-support committee, he learns that his wife has refused to partake in a birthday celebration-of-life for their son, despite the fact that the other parents have all done so in past years. Soon-nam isn't ready to associate any kind of joy, or even lightness, with the memory of her Su-ho; in one scene, she becomes shaken when some other parents goof around with a group photo of their deceased sons and daughters. Indeed, she has trouble accepting that he is gone, period--going so far as to buy new clothes for him and arrange the outfits in his still-intact bedroom.

Jeon Do-yeon plays this haunted mother as resilient, stoic, and restrained, erupting only sporadically into startling bouts of unbridled anguish. A wonderful actress, she makes the exhaustion of daily living through the fog of grief visible in her character's every action. Sol Kyung-gu is also very moving as a father beating back an immense, looming shame in addition to his own feelings of loss. Rounding out the family is talented youngster Kim Bo-min as 9-year old Ye-sol. Lee situates the titular "birthday" as a climactic, cathartic event. Soon-nam's eventual, inevitable agreement to participate signals her, perhaps, being finally ready to allow herself to heal. In this sense, Lee fashions a narrative that mirrors the traditional stages of grief. It's extraordinarily powerful, and (being the parent of a son) I was left feeling hollowed out and--as the festival catalog blurb promised--all out of tears.

Lee was a protege of Lee Chang-dong (Burning), and wrote the screenplay for Secret Sunshine; while this is her directorial debut, she isn't exactly new to cinema. It shows in her assured, natural direction and eye for framing a scene. She was on-hand for a Q&A, in which she revealed that she spent many months with the actual families of the Sewol victims, whose experiences she wove into the script for Birthday. It's an extremely emotional viewing experience: Lee puts you through the rigors of grief that the families themselves experienced; and, as the runtime progresses, it gives you less and less of a breather between sobs. By the end, there is a genuine feeling of catharsis that perhaps we owe to the families of the victims to share in.