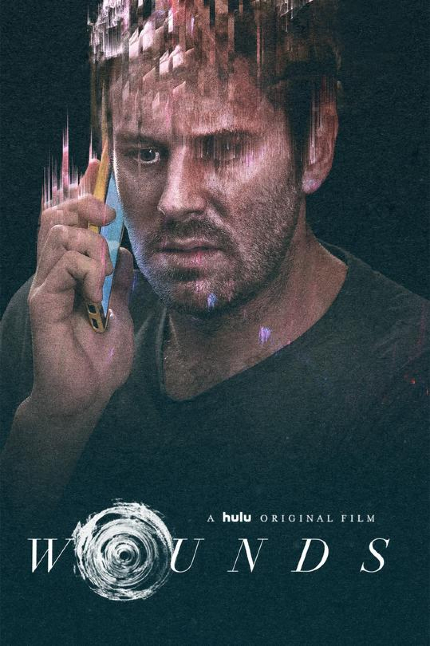 Percussive sounds give way to inexplicable panic and horror.

Bombs keep exploding in Babak Anvari's followup to Under the Shadows.

In his feature directorial debut, Anvari tied a woman's growing anxiety and fear to the ever-present explosions outside her sealed-up home in a wartorn country. In his sophomore feature, the filmmaker lays out a map that is open to the eye, even as its borders close in on a bartender in New Orleans, Louisiana, USA.

Based on a novella by Nathan Ballingrud, Anvari's script revolves around Will (Armie Hammer), who works alone on the late-shift at a dive bar. He knows the regulars, notably the lissome and lovely Alicia (Zazie Beetz), and manifests a ready ability to keep order among the drunken and rowdy patrons. Slinging drinks to customers with aplomb, he doesn't hesitate to indulge himself.

He lives with studious college student Carrie (Dakota Johnson). As she prepares for the next phase of her life, Will floats free. He neglects their long-term relationship, and hints of dischord begin to seep out. He pays more attention than he should to Alicia at the bar, even when her boyfriend is present.

Something is not quite right about Will. He moves as though he is constantly inebriated, waiting for something to happen, and then becomes infuriated when it does. His long limbs flail, falling one beat behind the rhythm before catching up. In other words, he is at the exact right (or wrong) point in his waste of a life when he finds a forgotten cell phone in the bar.

Shoving it in his jeans, he occupies himself with other distractions until the phone and its mysterious text messages becomes a more insistent device that demands his time and attention and begins to drive him mad, fracturing his personality, which is already more fragile than he is willing to admit.

In collaboration with cinematographer Kit Fraser, production designer Chad Keith and art director Kevin C. Lang, Babak Anvari paints on a more-varied palette. A taste of the French Quarter in New Orleans and real-life daylight, however, do not affect the fundamentally somber tone. As with his first feature, also edited by Chris Barwell, Anvari exercises timely restraint in pacing, releasing tiny stealth bombs that are smaller in nature and more personal in reality.

The protagonist this time is far more shallow and conflicted; Armie Hammer effectively captures the feeling of an animal in captivity, pacing in its too-small cage and wondering how to escape, or if escape is even possible. Zazie Beetz and Dakota Johnson play two sides of a coin, kind and logical characters who express reasonable concerns when Will looks ready to dive into the deep end of a very dark pool.

Summing up: It is, perhaps, too easy to say that Wounds intentionally leaves itself open to interpretation. Instead, it raises thoughtful questions that are not easily answered.

Do you feel this content is inappropriate or infringes upon your rights? Click here to report it, or see our DMCA policy.
Armie HammerBabak AnvariDakota JohnsonhorrorHulustreamingZazie Beetz