After world premiering at Cannes, where it competed for the Palm d’Or, writer/director Ira Sachs’ Frankie is now heading to the Los Cabos International Film Festival.

Frankie centers on one day of the family of the titular character (an actress played by the great Isabelle Huppert) during their vacation in the Portuguese town of Sintra.

At the core of this vacation, and of the film itself, is Frankie’s terminal illness, however the film plays as a naturalistic, dialogue-driven collage of characters – from her current husband (Brendan Gleeson), ex husband (Pascal Greggory), son (Jérémie Renier), step daughter (Vinette Robinson), to her younger friend from the movie world (Marisa Tomei) and some others – and themes: loss, divorce, unhappiness, but also love, growing up (Frankie’s step granddaughter is played by Sennia Nanua) and to look forward.

To be celebrated from November 13 to 17, Los Cabos 2019 will welcome Ira Sachs as one of their “spotlight” directors, presenting to the Mexican audience not only Frankie but also two other of his films: 2014’s Love Is Strange and 2012’s Keep the Lights On.

To kick off ScreenAnarchy’s in-depth coverage of the eighth edition of Los Cabos, here’s the full conversation I had with Sachs on such subjects as Frankie, the influence of Satyajit Ray, Robert Altman and Jean Renoir for a character-driven movie that mixes drama and humor, how was working with a terrific cast, and much more.

ScreenAnarchy: FRANKIE is a movie with quite a few characters, filled with themes, but I was wondering the obvious: what was the starting point for you?

Ira Sachs: The starting point was a viewing about 10 years ago of a film by Satyajit Ray, the Indian filmmaker, of a movie he made in 1962 called Kanchenjungha, which is the name of a mountain. It’s a story of a family on a vacation in the Himalayas mountains and it takes place in one day. There’s a central crisis and it tells nine stories, nine characters who are brought together. I loved that film and I loved its structure, so when 10 years later I started a conversation with Isabelle Huppert about making a movie together, it seemed to me a natural fit because I liked the idea of making a movie where both Isabelle and I were outside of our everyday lives, we were both on vacation. This is the movie that was born from that.

It then became sort of figuring out my own personal relationship to the story I was telling. I was reflecting a lot on the experience of a good friend of mine, one of my closest friends, who died of breast cancer at 50, being near her during those last years, and thinking about the effect of illness on a family.

Going back to what you said about the process with Isabelle Huppert, it seems like she was involved since the early stages of the project, so how was working with her and the evolution of your relationship with her?

Isabelle has a strong respect for the director and actually likes for the director to know best, expects the director to know their film in a way that is unique. She was involved but she was brought in to be a part of a group of collaborators. I think the idea to write Frankie as an actress was a natural fit for Isabelle and I think one of the things that I tried not to do was actors as characters in which they are going to have to transform themselves into other kind of people, I like to be a natural fit between a character and the actor. That was the case with Frankie.

You have a great cast, Marisa Tomei, Brendan Gleeson… so how was the process to have these big actors playing very humane characters?

I cast great actors, that’s kind of my job as a director, to figure out who feels organic to the story and telling. I almost cast Brendan Gleeson in a film in 2005, I worked with Marisa previously [Love Is Strange], so there was a sense of what they had to offer and a feeling that selectively this group of actors would be working in a similar style, it would make sense that they could feel like a family.

My personal family is also quite international. My husband is from Ecuador, my co-writer [Mauricio Zacharias] is from Brasil, my cinematographer [Rui Poças] was from Portugal, so I think a world that looks like the world in Frankie is what I live in. 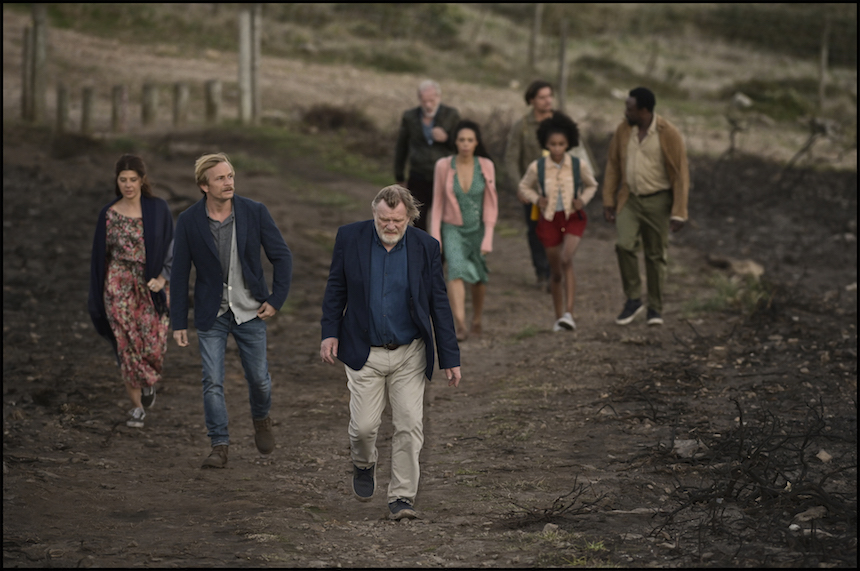 FRANKIE is a film based on conversations, each character basically opens up with another one, we hang out with them… how did you build this dialogue-driven, character-driven film?

There was an interesting challenge, which is that the film takes place in one day and there’s nine stories to tell. From the beginning I recognized the kind of theatrical quality to the work; it’s realistically acted but theatrically constructed. It was kind of part of the fun part of the film, the sense that you could use accident and kind of a playful quality of storytelling; also a very colorful kind of storytelling and moviemaking that seems to me part of the pleasure of the movie.

Even though Frankie is the lead character, and her illness is the thing that keeps moving the film, we stay sometimes with other characters. In that sense, do you think it's a daring choice to stay with characters that seem minor but that are also humans experiencing things that can connect with the audience?

Anyone in the film has a story, right? I’m inspired by, for example, Robert Altman’s work, I think of him as a very democratic filmmaker.

The challenge is to keep a unity among these stories that you feel like there’s a whole. That is the kind of artful challenge of this movie, it happened in the script, it happened in the editing particularly: finding the right balance. You want the audience to feel like they can relax, they know a story is going to be told, it might go a little left and a little right but they know that there’s a direction.

You have mentioned Satyajit Ray and Robert Altman as influences. FRANKIE also reminded me of Woody Allen, mixing drama, a serious story about loss, with humor…

You understood the film, what we were trying to do in terms of tone, which I appreciate.

To me, the truth is always in contrast. There’s the contrast of one story against another story, there’s also the contrast between the comic, the farcical and the tragic, the sad. Trying to navigate between those, I thought about Chekhov, Shakespeare.

If there was one film that I think tonally was the most inspiring to us, it would be The Rules of the Game by Jean Renoir, because I think the sense of character in that film is one which is push to the extreme and that was something we attempted in Frankie, where there’s a sort of farcical nature to the characters and their entrances and exists on the stage. It is a stage, Sintra, this part of Portugal in this film, and I think that makes the film very naturalistic but also artificial in a way that I think is important to this movie. 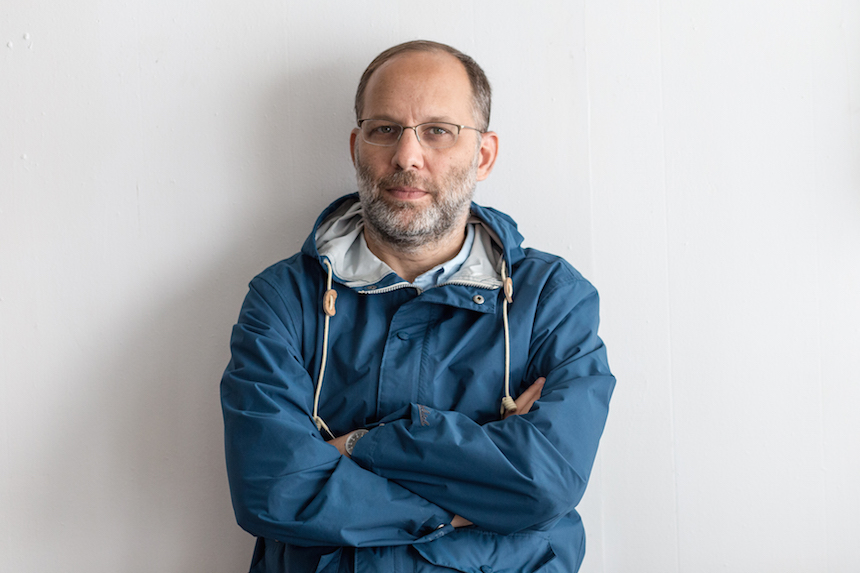 Talking about contrasts, in FRANKIE some of the themes are disease, divorce, loss, but also the youngest characters are basically experiencing their first kiss when they are out in the beach. To look forward is also an important subject. How was the process to balance those themes?

For example, both Isabelle Huppert [Frankie] and her ex husband Pascal Greggory [Michel] talk about their parents and it’s important to me that their parents are in the ether of the story, because I’ve often been in situations where I’m with a group of friends or group of collaborators and I certainly imagine if everyone’s grandmother was like over their shoulder and was also in the room… how totally fascinating that would be? Because you live in the present, and you live in a particular community with a set of social and economic familiarity, but just recently, in the near past, there were all these other stories that led to this moment.

Finally, FRANKIE is a film that on the surface seems to be about nothing, because we are so used to plot-driven films where a lot has to happen constantly. But at the end of the day I feel there’s a lot to digest from a movie like this one, there's a lot of themes, a lot of ways in which you can connect with the characters…