Paige Lim
Contributing Writer; Singapore
Sign-In to Vote
Tweet Post Submit
The acute hardships of South Korea’s youth and the dog-eat-dog mentality of the corporate workplace are the focus of writer-director Shin Su-won’s fourth feature, Light for the Youth. With Glass Garden (2017), Madonna (2015) and Pluto (2012), Shin’s previous films highlighted the social injustices and disparity between the upper echelons of society and those on the fringes. Light for the Youth is informed by a similar currency of issues, closely rooted in the everyday, ongoing narrative of “Hell Joseon” that Korea’s younger generation are immersed in, though the film contains less dramatic genre elements than Shin’s other works.
South Korea’s record unabating youth unemployment rate is a hot topic, having spawned several films and television dramas documenting the plight of millenials. While this is well-treaded ground, Light for the Youth makes full use of its central mystery premise, taking clever and unexpected turns along the way to pack a number of heartfelt emotional punches. Shin displays a sheer sense of commitment in conveying the desperate struggles of her nation’s youth in their entirety without holding back, and this sincerity will no doubt be appreciated by her target audience.
Light for the Youth is set in a soul-sucking call centre (ironically called Human Network), where operators are tasked to call and remind individuals to pay their overdue credit card bills. June Lee (Yoon Chan-young) is a 19-year-old intern there, subjected to a physically and emotionally vicious work environment that is established within seconds of the film’s opening – he wears an adult diaper because toilet breaks are equivalent to a death sentence, and any missed calls are promptly deducted from employee paychecks.
The manager of the call centre is the middle-aged Se-yeon (Kim Ho-jung), who is also a mother to Mi-rae (Jeong Ha-dam), a graduating student interning at another company and searching for full-time jobs on the side. Se-yeon is under pressure to ensure her underperforming outlet meets their quota; any more shortfalls will put her one step further away from moving to the corporate department, a long-overdue promotion that she has been repeatedly passed over for.
Alongside his other co-workers, June is instructed by his supervisor to humiliate customers who refuse to pay using emotional manipulation and threats, by unveiling personal details of their family over the phone. Should the need arise, he is expected to head down to their residences to collect physical payment. It’s only a matter of time that the gentle and perceptive photography student is driven to his wits' end, when he is ordered by Se-yeon to pursue payment from an economically disadvantaged customer at all costs. One day, June goes missing and is nowhere to be found. Then Se-yeon begins receiving a series of suspicious videos from June, each one strangely titled “life practice”.
Light for the Youth looks at Korea’s slave-driving salaryman culture, gender discrimination in the workplace, as well as the unique problems faced by contract workers who are treated as disposable objects. Shin’s main characters earn our sympathies easily, with each one of them doing their best to stay afloat in a cutthroat competitive corporate hellhole where the stakes are high, one that has no room for any slip-ups. When Se-yeon is investigated for her reported culpability in June’s disappearance, her default underdog status in the workplace – as a female above 50 years old who has climbed so far up the ladder to hold a senior position of authority – allows the audience to empathise with the selfish lengths she is willing to go to cover up her firm’s labour law violations and protect her existing status quo.
Even for the film’s most well-intentioned individuals, self-preservation ultimately triumphs over a moral code when they are pushed to the brink. “Do you know what salary is? It’s what you get paid for selling your dignity,” says Se-yeon to June, a statement that bluntly sums up the “life practice” that her firm imparts onto their interns. Yet it’s her younger, less experienced counterpart who ends up teaching Se-yeon his own definition of life practice – it takes June’s disappearance, and the game he makes her play to uncover his whereabouts, for her to be reminded of a humanity she had long given up.
Some of the film’s gambits – an escape room themed “Death of a salaryman”, the moulding of human sculptures, a cheesy radio song titled “I was a human” – come across as gimmicky and overly on the nose. But they work in maintaining the tension and suspense surrounding June’s vanishing, keeping the audience on their toes as they work alongside Se-yeon to put together pieces of the puzzle that June has left behind.
The side plot involving Se-yeon’s daughter, Mi-rae (a name which appropriately translates to “future”) is a more straightforward approach in showing the difficulties of finding employment after graduation. Hard-pressed to find a permanent job with her current internship contract set to end, Mi-rae finally gets shortlisted for the open recruitment call of a prestigious company after 32 previous unsuccessful interviews. But her journey is a trying one, and Jeong Ha-dam is painfully relatable as a dispirited young adult beaten down by a system that offers no consolation prizes to those who try their best, yet remain in second place.

Still, despite the stark reality that Light for the Youth lays out, the film’s ending hints at some light at the end of the tunnel. Maybe there is indeed light for the youth in the future, after all. 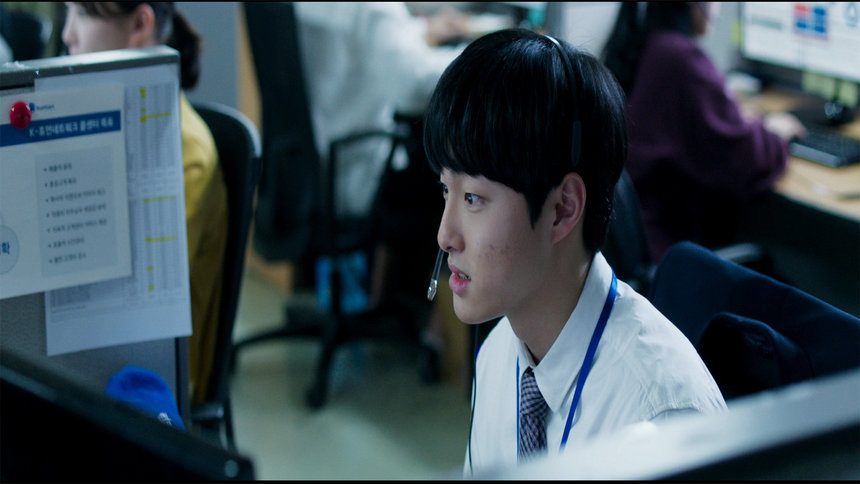 Do you feel this content is inappropriate or infringes upon your rights? Click here to report it, or see our DMCA policy.
BIFF 2019Busan 2019Busan International Film FestivalJeong Ha-damKim Ho-jungLight for the YouthShin Su-wonSouth KoreaYoon Chan-young