ASSASSINS PRIDE Trailer: Don't Make Me Have to Kill You 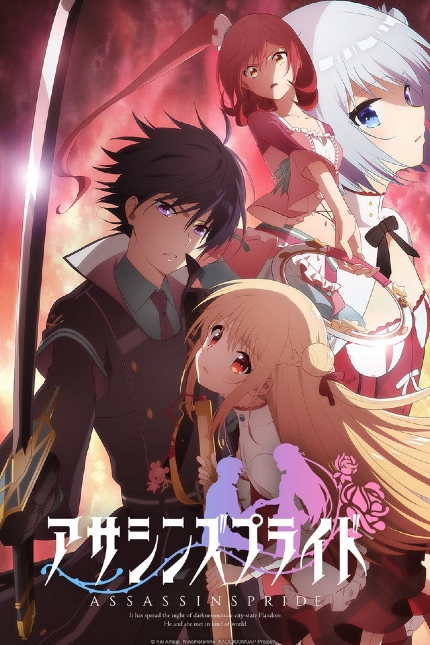 Set to debut as a simulcast in the U.S. on Thursday, October 10, via Crunchyroll (and also HiDive), Assassins Pride is an anime adaptation of a fantasy light novel series. A new trailer gives a sense of what's in store.

Written by Amagi Kei and illustrated by Ninomoto Nino, Assassins Pride was first published in Japan in 2016 and has grown to 10 volumes. Here's the synopsis for the anime series:

Only those from noble families have the mana to be able to fight against monsters. Kūfa is a noble born to a duke's family who is sent to tutor a young woman named Merida. If it turns out that Merida has no talent with mana, Kūfa is secretly instructed to assassinate her.

We'll know more, of course, once the series debuts. I've watched the first episodes of 10 new shows as part of the Fall 2019 simulcast season so far, but I'm still waiting for a new show to really catch my immediate devotion, like Vinland Saga or Astra Lost in Space or Dr. Stone last season. (Comic anime series can be fun, but are more hit and miss for me.)