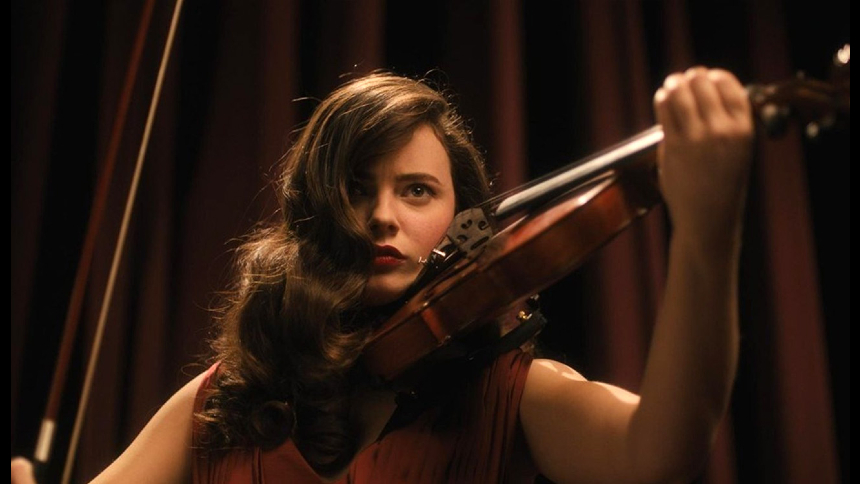 Music has charms to soothe a savage breast. Or, to awaken it.

The Sonata
The film enjoyed its U.S. premiere at Popcorn Frights Film Festival.

Music is an integral part of our lives, even if we don't always realize it.

Rose Fisher (Freya Tingley) knows this in her bones. She is a concert violinist, and music is her life. Getting it right, not just playing the notes correctly, but allowing her soul to combine with the composition and sending it soaring into the universe ... that is what matters, and it's the only thing that matters, because it is the only thing that makes sense to her, from the time she was a little girl and she heard the music that lifted her spirits and transformed her into a quintessential expression of what she heard in her head.

Tingley makes this connection rather magnificently in her embodiment of Rose, a young woman who is totally, utterly, ridiculously in love with music and what it does to her. She can communicate with the music in her soul in a manner that is foreign to other people, yet completely logical and rational to her in ways she cannot possibly explain at this point in her life.

Thus, when Rose receives word in the midst of a recording session that her father has died, she does not want to be disturbed any further. Instead, she wishes to complete her recording session without further interruption.

On the other hand, her longtime manager Charles Vernais (Simon Abkarian), realizes the implications immediately. Rose's father, Richard Marlowe (Rutger Hauer), left his family when Rose was a little girl, choosing to sequester himself in a huge mansion, where he focused on, er, something private. Still, his reputation as the greatest composer of the past century only grew, flowering into a legend. Charles cares for Rose, but his financial senses begin tingling at the prospect of cashing in on the old man's legacy before it wilts.

Everyone, including Richard, assumes that the great Marlowe was consumed with composing new music that he never wished to share with anyone else. (Shades of J.D. Salinger, there.) Of course, Rose is not an entirely heartless person and she decides to visit her estranged father's mansion to make peace with his legacy. It is there that she discovers what was thought to be a legend: Marlowe's last composition.

The musical composition is very, very good, if not quite up to the high level that one might expect of such a great composer. It's also filled with uncommon symbols; not musical, clearly, but something weird and obscure. Could they be the key to unlocking the full brilliance of the piece?

Andrew Desmond directed; he and Arthur Morin wrote the original screenplay with an implicit understanding of the power and effect of music. Aided and abetted by Tingley's performance, the counterbalance provided by Abkarian's increasingly driven passion to solve the musical puzzle, and the sheer looming presence of Hauer's shadow, The Sonata picks up the pace with wonderfully modulated suspense.

The film is a modern gothic composition that entrances with strange powers and sumptuous majesty. It's alright to call out its minor blemishes, but the overall mood and delivery is definitely in tune with its discordant atmosphere. I found it completely satisfying, especially for those familiar with British horror movies from the past.

Summing up: Lovers of music and obsession will find many dark delights in this composition.

Do you feel this content is inappropriate or infringes upon your rights? Click here to report it, or see our DMCA policy.
Andrew DesmondFreya TingleyPopcorn FrightsRutger HauerSimon Abkarian