Now in Theaters: LUCE, A Poster Boy and Dangerous Stereotypes 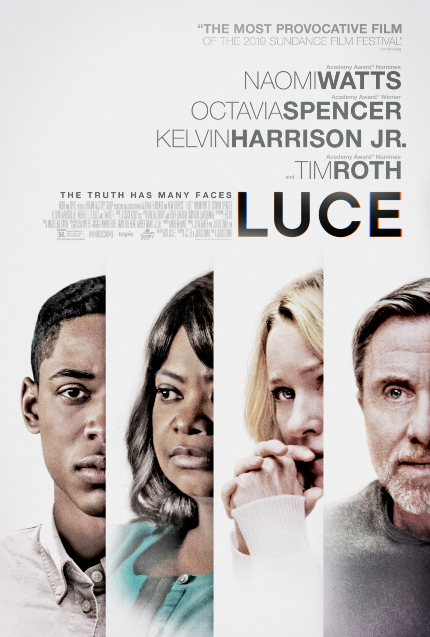 To be clear: I have not yet seen this movie. Simply from its trailer, however, it's clear that Luce aims to fuse multiple hot-wire issues together in an incendiary manner. Here's the official synopsis:

An all-star high school athlete and accomplished debater, Luce (Kelvin Harrison Jr.) is a poster boy for the new American Dream. As are his parents (Naomi Watts and Tim Roth), who adopted him from a war-torn country a decade earlier. When Luce's teacher (Octavia Spencer) makes a shocking discovery in his locker, Luce's stellar reputation is called into question. But is he really at fault, or is Ms. Wilson preying on dangerous stereotypes?

Do you feel this content is inappropriate or infringes upon your rights? Click here to report it, or see our DMCA policy.
Julius OnahKelvin Harrison Jr.Naomi WattsOctavia SpencerTim Roth