Karlovy Vary 2019 Review: A CERTAIN KIND OF SILENCE, A Free Will Undone in the Czech Social Psychothriller 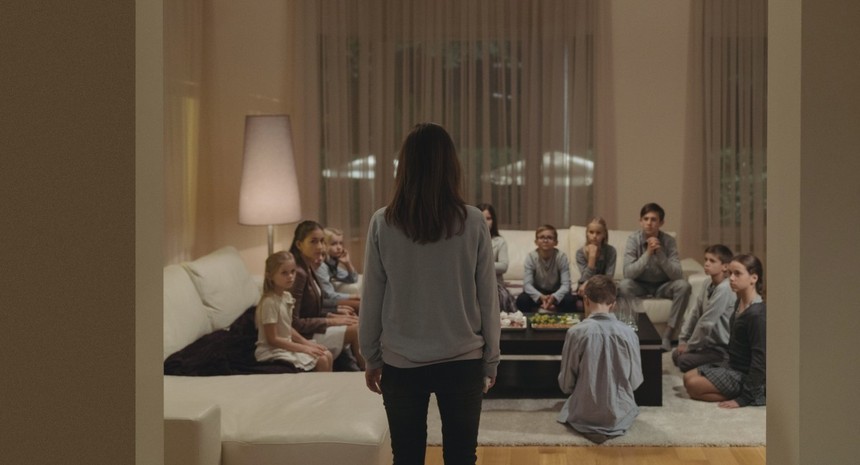 Karlovy Vary welcomed up-and-coming domestic filmmaker Michal Hogenauer, who had been preparing his first feature offering A Certain Kind of Silence in co-production of the Czech Republic, the Netherlands and Latvia. Since his graduating film Tambylles made it into Cannes in 2012, his feature debut has been expected. The development of the story took some twists and turns, the project, formerly known as Outside, eventually emerged as more a cryptic story.

Czech girl Mia moves to the house of apparently wealthy Dutch pair in order to take care of their 10-year-old son Sebastian. In the beginning, Mia struggles to connect with the child though she eventually overcomes the hurdle to establish a bond.

On the other hand, the boy´s parents dictate a set of strict rules Mia has to follow while tending to their son. Paradoxically, she has bigger problems respecting the rules than the surprisingly submissive boy. As the Dutch pair seems intelligent and well-positioned enough, those rules foreshadow something fishy going on not solely between the walls of the household.

Mia as the protagonist provides a window into the soul of young au-pair and the struggles to prove her worth in a foreign environment. The Dutch pair's motivation remains under the veil of mystery, their charisma and wealth trigger even more questions.

A Certain Kind of Silence's narration hangs on hints and implications luring the viewers into an interpretational trap. The first act has close to M. Night Shyamalan's The Village as Hogenauer´s cues swerve towards the trope of an isolated community with secrets.

The sudden switch follows the family inside the meticulously furnished yet somewhat alienating house and the invisible tension that may exist or maybe even imagined. Eventually, Mia drifts closer to the pair following not only their strange rules regarding the boy. 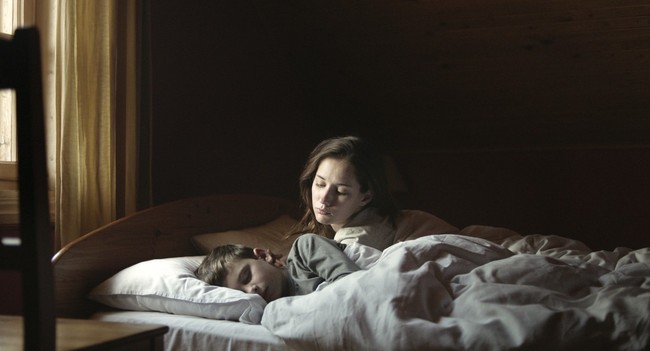 Hogenauer operates in an economic narration mode however it becomes soon apparent The Village does not constitute the reference material for the director. A Certain Kind of Silence is not a genre film though it threads close to the arthouse territory of social horror. The director himself revealed that a study into the lives of Eastern European au-pairs and Philip Zimbardo´s experiments were his study material as well as the notion of the banality of evil.

Those inputs result into a psychological thriller or a civilization horror about the fragility of integrity, especially in an alien environment, and one´s proclivity to being manipulated. The occasional cuts to strange gatherings evoke Ben Wheatley's pagan-horror Kill List and a freak conspiracy whilst the tension-filled interior scenes have much closer to the Austrian master of cinema, Michael Haneke.

Hogenauer openly admits being a fan of Greek New Wave filmmaker Yorgos Lanthimos and the inclination is decipherable on the strangeness of the developing situation and its sadistic inclinations although those fall also under the trademark of Haneke´s cinema.

A Certain Kind of Silence gravitates formally towards the concept of the cabin horror as seen demonstrated by Veronika Franz and Severin Fiala although the film never hits explicit genre cues. Hogenauer´s style remains frozen in-between arthouse drama and horror what contributes to his film language of mystery and hints without suppressing the topics he decided to pursue.

The formalistic hybridity plays in favor of Hogenauer´s minimalist story. The depiction the darker side of humanity reminds of the last year Czech social horror Domestique (read the review). Domestique´s director Adam Sedlák and Michal Hogenauer are generational peers and both share similar tastes. 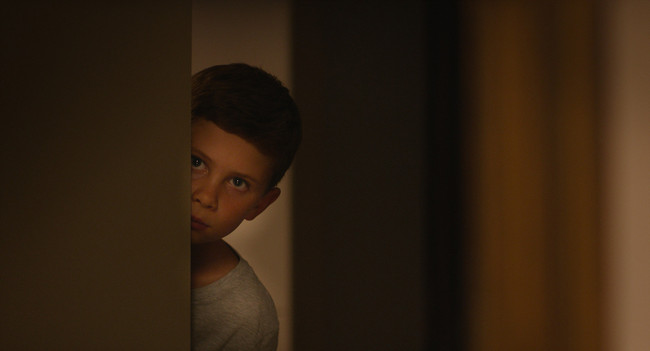 The pair of directors used Roman Polanski's Rosemary's Baby as a study lesson on civil horror. As Sedlák´s focuses on the central pair´s dynamics and their progressively eroding relationship, Hogenauer is interested in the larger social implication and a sort of collective delusion (he is a fan of the documentary miniseries Wild Wild Country).

Sedlák keeps his story bottled in a single apartment. Hogenauer's debut did not suffer the lack of budget so his sets are larger in number, exterior and interior ones. The Dutch pair´s house breaths out sterility and meticulousness of high-end showcase residence.

The editing by Michal Reich follows the spirit of the narrative minimalism, building up the tension of a mystery which is complemented by mostly fixed camera shots of the DoP Gregg Telussa. Telussa´s framing leans towards the idiosyncratic style of Yorgos Lanthimos´ films with a pinch of epigoneship especially when medium shots are employed. However, larger framing prevails in combination with longer shots which eventually counters the Lanthimos´ copycat suspicion.

In the end, Hogenauer whips up a surprising stranger-than-fiction finale as a formal book-end to weird doings in the house and the community around the Dutch pair. Still, A Certain Kind of Silence remains an intriguing experience on the power of manipulation as the slow-burning Czech psychological social thriller progresses.

A Certain Kind of Silence harbors the appeal for genre audience and the regular arthouse crowd alike. Hogenauer is already developing his sophomore project which he describes as a cross-over between Haneke´s The White Ribbon and Dirty Dancing.

Do you feel this content is inappropriate or infringes upon your rights? Click here to report it, or see our DMCA policy.
Karlovy Vary 2019Michal HogenauerJakub FelcmanEliska KrenkováJacob JutteRoeland FernhoutMonic HendrickxDrama