Lima 2019 Review: Jairo Pinilla Will Have His Revenge On Colombia In LA VENGANZA DE JAIRO 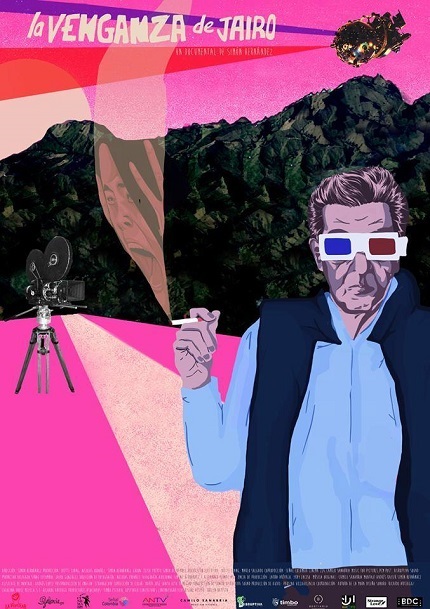 South America is probably not the first place you’d think about when it comes to genre cinema, but over the years, a host of emerging talent has managed to put us on the map. Brazil’s Rodrigo Aragao (The Black Forest), and Argentina’s Onetti Brothers (What The Waters Left Behind), are but a few of the names that are following in a long and proud tradition which includes a figure as iconic as Brazil’s José Mojica Marins, AKA Coffin Joe. However, one of this continent’s most notable names also happens to be one of its best kept secrets: Colombia’s Jairo Pinilla Téllez.

A cornerstone of Colombian genre cinema, Jairo Pinilla should be a bigger name than he is; La Venganza de Jairo (“Jairo’s Revenge”), a documentary from Simón Hernández, is a fitting tribute to the man and a long-overdue introduction for filmgoers who are most likely unfamiliar with his work.

In the late 70s and early 80s, Pinilla – an engineer before making the jump to filmmaking - was on quite the roll, with his films drawing huge crowds and breaking local box office records. Films such as Funeral Siniestro (“Sinister Funeral”, 1977), 27 Horas con la Muerte (“27 Hours With Death”, 1982) or T-O: Triángulo de Oro (“Golden Triangle”, 1985), among others are shown in bits and pieces here, the work of a director who made horror films influenced by 70s giallo, exploitation and B-movies in equal measure.

However, due to some bad decisions and bureaucratic meddling, Pinilla ended up losing ownership of his own films and was relegated to obscurity; this documentary follows him almost 15 years after his last film, Por Qué Lloran las Campanas (“For Whom The Bell Tolls”, 2005), as he not only attempts to recover and cement his own cinematic legacy, but to mount a comeback with a new film, The Spirit of Death, shot in 3D.

Now in his mid-70s, Pinilla is shown as a good-natured sort who still firmly believes in the magic of moviemaking; this is in keeping with a guerrilla-style shoot where the director had to call in favors and worked with close friends and associates. While the tone of the film is largely reverential, Hernández is not above showing the director’s flaws; Pinilla clashed with the documentary crew more than once and had to switch lead actresses at least three times when they couldn’t handle his particular directing style.

Interspersed with this filmmaking odyssey are interviews with noted figures in Colombian cinema, including directors Luis Ospina and The Embrace of The Serpent’s Ciro Guerra, whose sensibilities couldn’t be further removed from Pinilla’s, yet he still considers him an influence; one of Guerra’s first ever works behind the camera was a short documentary on the director, bits of which are also shown here. All further proof that Jairo Pinilla is more important to contemporary Colombian cinema than most are willing to give him credit for, not the least the country’s authorities which largely turned their backs on him.

Pinilla is a likable man, easy to root for; that gives this film the vibe of an underdog story, with the director overcoming a myriad of problems during the shoot to finally deliver his long-promised new opus. This helps transcend the documentary’s simple style, which, aside from some brief flourishes, is largely a fly-on-the-wall, talking heads affair.

La Venganza de Jairo works as a fine introduction to the wild horror world of Jairo Pinilla and if it makes you want to hunt down his unique filmography, then it’s accomplished its goal; the rediscovery was long overdue.