"New York, New York, a helluva town!" So declare the lyrics by Betty Comden and Adolph Green, set to music by Leonard Bernstein, in On the Town (1944), and it applies equally well today to the city that will host Japan Cuts, the largest festival of contemporary Japanese cinema in North America.

This year, Japan Cuts will get underway on Friday, July 19, showcasing Can't Stop the Dancing (aka Dance With Me) (Dansu Uizu Mii), the U.S. premiere of a comic, road-trip musical by director Yaguchi Shinobu. But that is definitely not all. In fact, the festival will premiere 26 features and 16 shorts across 10 days before concluding on July 28.

Dustin Chang and Christopher Bourne, our indefatigable Featured Critics, have barely recovered from the glory of the New York Asian Film Festival, yet they are eager to tell us about their experiences with the films. Mr. Chang has already screened several Japan Cuts titles in advance, which can be perused in the gallery below; Mr. Bourne plans to share his thoughts in a dispatch during the festivities.

Once again, all I can say is: thank you, Featured Critics, and please enjoy the show, everybody. Watch the festival's own trailer to get in the mood, and then click onward.


Dustin Chang contributed to this story. 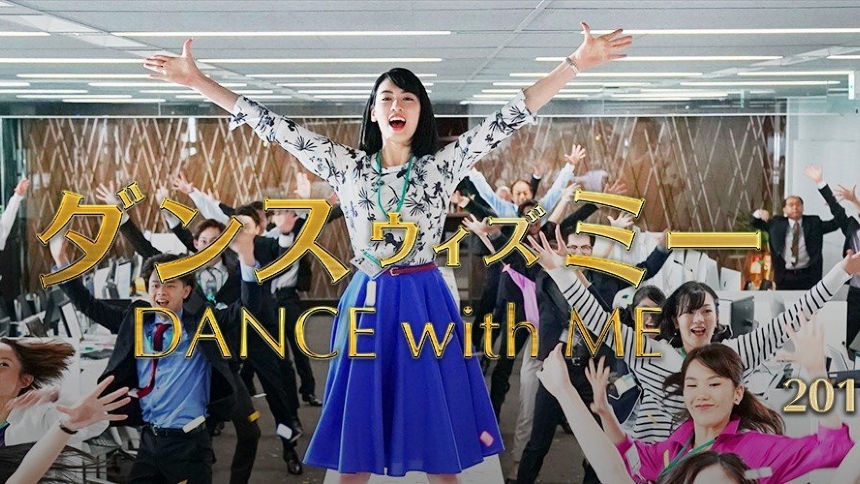 Watch the festival's trailer below, then click through above to see all our preview picks! 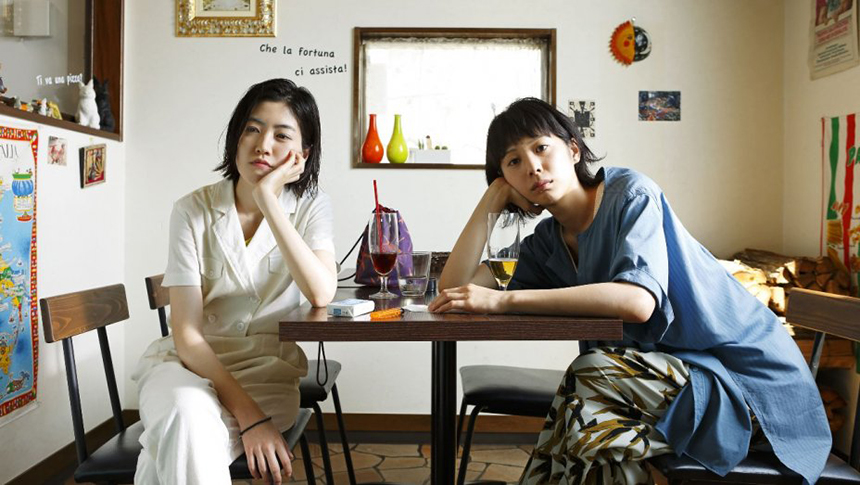 Hakota Yuko's debut feature Blue Hour starts with a flashback of a little girl running carefree in the field in the early/late hours where you can't tell it's day or night, hence the title, Blue Hour.

The little girl is Sunada. She is all grown up (Kaho of Our Little Sister) and just turned 30. She has a steady job as a CM director and married, so she should be content with her life. But her lifeless expression and awkwardness around people tell a different story. There is something missing in her life and her affair with one of her crew members doesn't seem to be filling that gap either.

In the spur of the moment, Sunada decides to take a trip to her rural home town in Ibaraki with her quirky best friend Kiyu (Shim Eun-kyung) to see her grandmother who is in an old folks facility. It's been forever since Sunada visited home. It is apparent that she is embarrassed about her dairy farmer parents' 'tacky' lives. It's the life Sunada grew up with but left behind for the city living long ago. But relentlessly cheerful Kiyu is having the best time with her parents and rural surroundings, often teasing her about her snobbish attitudes.

Director/writer Hakota's tale of a modern Japanese woman dealing with what the society expects of her vs her own happiness is beautifully and subtly drawn out. Kiyu tells Sunada that it's the 'tackiness' that makes her feel alive. Kaho and Shim has a great chemistry together. Like Bae Du-na in Kore-eda's Air Doll, using Korean actress Shim in Blue Hour adds that extra other-worldliness to the character of Kiyu. 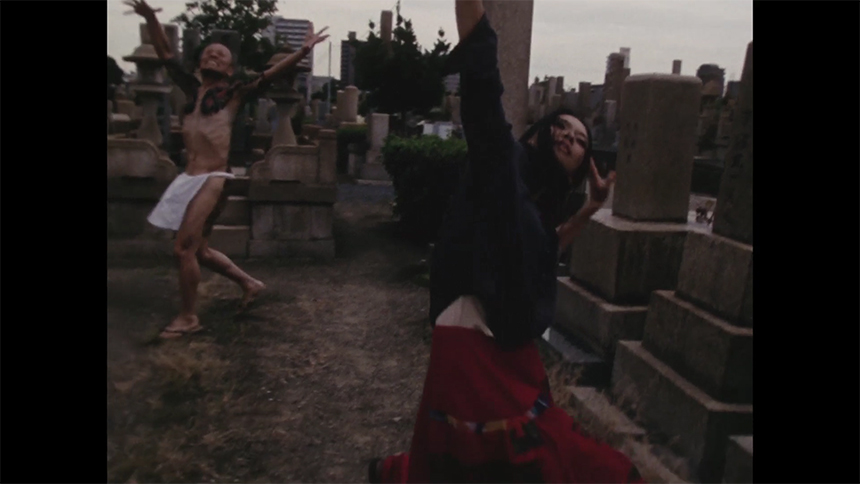 Largely using actual Kamagasaki residents as his cast, Sato Leon, a documentary filmmaker, creates a humorous, satirical look at an Osaka's less desirable neighborhood of the title. It concerns a stolen iron cooking pot/cauldron, which symbolizes family and community in times of famine and difficult times.

This particular pot, however, belongs to the local yakuza family with their insignia at the bottom. There is Nikichi, a no good bum who hangs around the local whorehouse. There is Tamao, a reluctant heir to the local yakuza and a rival of Nikichi in childhood. And there is Mei, a free spirited prostitute whom the two men still carry the flame.

Everyone is stealing kamas (cauldrons) in the neighborhood in the hopes of getting rewards and Nikichi becomes an accidental hero while stealing a giant ceremonial kama, to the local radical homeless activists opposing the redevelopment and eviction of undesirables in the area.

Shot in beautiful 16mm with lots energetic moving camera shots, the film has a look and feel of a 70s Japanese New Wave film. Kamagasaki Cauldron War showcases a part of society that rarely gets depicted on screen. 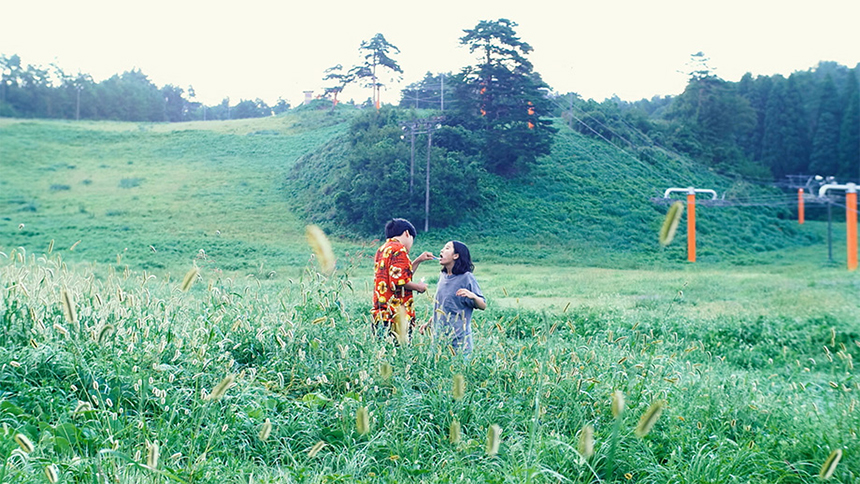 We are introduced to Emma (Murakami Yukino) furiously scribbling notes on paper, then on her arms and legs in sweltering heat. She seems to have burn mark in her back from years ago. It is revealed that she owns a tiny roadside bookshop on the coast and she constantly forgets the customer's orders. So more scribbling down the name of the book...

Then Orphan's Blues, writer/director Kudo Riho's first feature, becomes a road movie. Emma, with her backpack and a letter that has her friend Yang's last known address, she starts out her journey to find her orphanage mate. On the road she runs into Van (Kamikawa Takuro), another friend from orphanage. He and his young girlfriend Yuri are on the run from some local gangsters. So he decides to tag along with Emma to help her find Yang.

The address on the letter takes them to a roadside cafe owned by Luka (Kubose Tamaki), but no Yang. As they spend days together in Luka's tiny, electricity scarce house, the buried secrets and raw emotions come to the surface. With her memories quickly disintegrating, Emma becomes completely disoriented over time.

Orphan's Blues is an unexpectedly moving film about childhood traumas that have a lasting effects on a group of friends. Even though the film is narratively shaky, with natural camera work and young actors' committed, raw performances, Kudo shows great promises as a major voice in Japanese cinema. 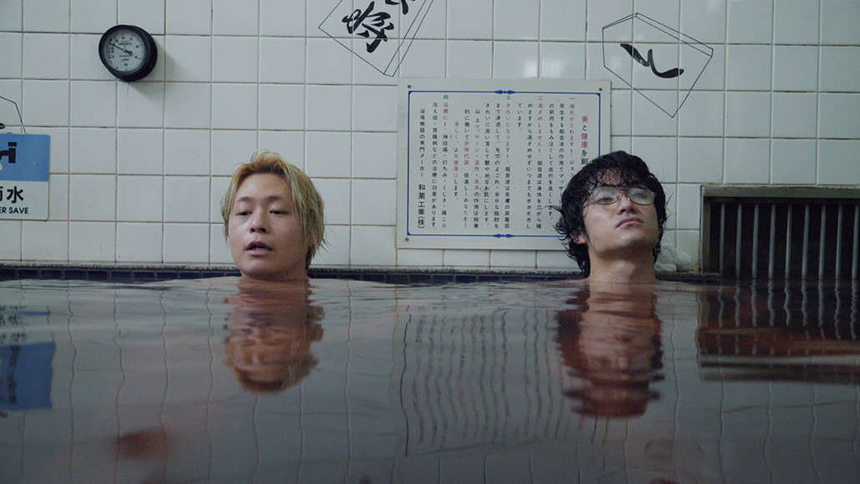 Like many Japanese millennials, Kazuhiko (Minagawa Yoji) is floating through his post-college life- still living in his parents' house with no job prospects, even though he graduated from the prestigious Tokyo University. With lanky figure and crooked Jeffrey Dahmer glasses, he is the very definition of dweeb.

Kazuhiko runs into Yuki, a cute girl whom he went to High School with, at the local public bathhouse. And since the owner, Mr. Azuma, is hiring, Yuki suggests him to get a job there. It's a peaceful, easy job. And it also pleases his mild mannered parents that he is at least working, even though the job might be beneath him.

One night, though, Kazuhiko walks in on Azuma and a grunt co-worker killing and disposing a body in the bathhouse. He learns that they are indebted to Tanaka, a local yakuza and that he will need to be quiet about the body disposing business or else he will also get killed. So Kazuhiko becomes an accomplice, a cleaner after the deeds are done.

Even though director Tanaka Seiji borrows typical yakuza tropes, at heart, Melancholic is a laid back, quiet coming-of-age story that reflects Japan's economically depressed, directionless generation. The film sharply rejects the old, yet still finds comfort in the notion of 'family'. Its 'que sera sera', live-by-the-moment attitude is well suited for representing the 'melancholic' generation. 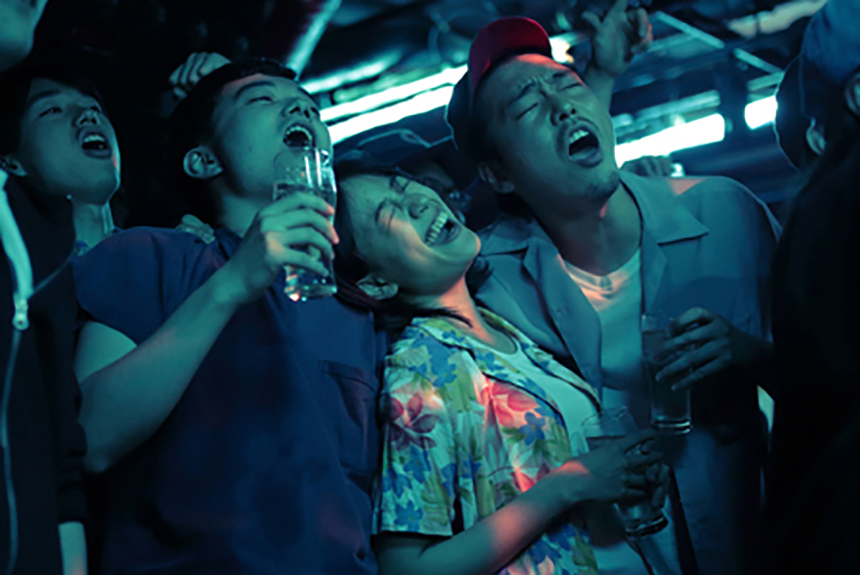 And Your Bird Can Sing

The Beatles song that the film's title borrows from is about people not really understanding who you are. It's an apt title for this poignant film about being young and living by the moment.

Emoto Tasuku is our nameless protagonist, sporadically narrating the film. He is a twenty something slacker working at a bookstore, part-time. He and his unemployed roommate Shizuo (Sometani Shota) share a one-room, bunk bed apartment. He hooks up with Sachiko (Isibashi Shizuka), a co-worker whose insistence in getting into his life he passively allows. The three of them spend their days out in bars, pool halls and clubs. The night is young for these young people.

Nothing fazes our protagonist. He insists and encourages Shizuo to take Sachiko out. He is indifferent about Sachiko's relationship with the boss at a bookstore. He just doesn't seem to care about anything. The good times won't last long, so why needlessly worry about the future?

And Your Bird Can Sing is much more interested in embracing fleeting moments of youth than in its character development. These three main characters don't have much of an arc nor have anything particularly interesting things to say.

Director Miyake Sho captures the tone of this youthful melancholy right. It's an unspoken understanding that nothing is permanent, which these characters are aware of, and so is the audience watching them. It's all apparent in the details: the fading bouquet of stolen flowers, the warm morning sun hitting Sachiko's pretty face, and lovingly sketching out the lives of the film's secondary characters, who seem to be contentedly living in their own bubble.

All three main actors, Emoto, Sometani and Isibashi, are outstanding for their roles in capturing the spirit of these young people. They could easily be seen as hedonistic, but their moments of sadness and silences tell a different story. The build up to the ending; the voice-over that bookends the film seems a little tacked on but it worked for me.

The book the film is based on is Yasushi Sato's debut novel. The author killed himself in 1990. But many of his books have been adopted as of late, including Sketches of Kaitan City and The Light Shines Only There. Even though the book came out in 1982, his wayward characters and the sadness that hangs over like a cloud are still very much completely relatable in today's economically depressed nation.