THEM THAT FOLLOW Trailer: Olivia Colman Heads A Family of Snake Handlers in New Horror Film 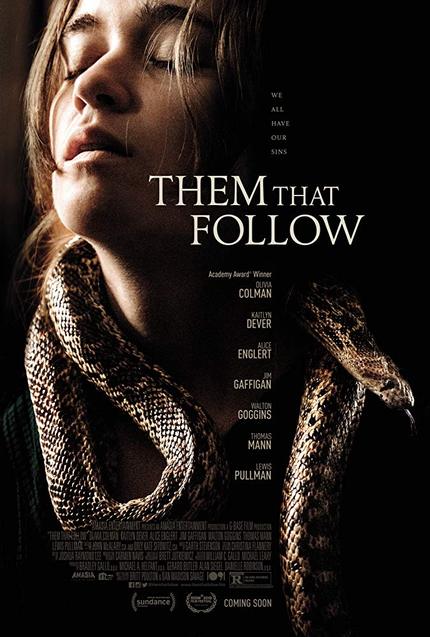 The debut feature from writing/directing duo Britt Poulton and Dan Madison Savage, Them That Follow fits somewhere between religious mania thriller and body horror, with a bevy of snakes slithering in the background. Bolstered by a great cast in Walter Goggins and Olivia Colman (who recently won an Academy Award for The Favourite), Them That Follow premiered at Sundance.

The film takes place deep in Appalachia where Pastor Lemuel Childs (Goggins) presides over an isolated community of serpent handlers, an obscure sect of Pentecostals who willingly take up venomous snakes to prove themselves before God. As his devoted daughter Mara (Alice Englert) prepares for her wedding day, under the watchful eye of Hope Slaughter (Colman), a dangerous secret is unearthed and she is forced to confront the deadly tradition of her father’s church.

Check out the first Them that Follow trailer below:

Do you feel this content is inappropriate or infringes upon your rights? Click here to report it, or see our DMCA policy.
HorrorOlivia ColmanSundanceThe OrchardThem That FollowTrailerWalter Goggins