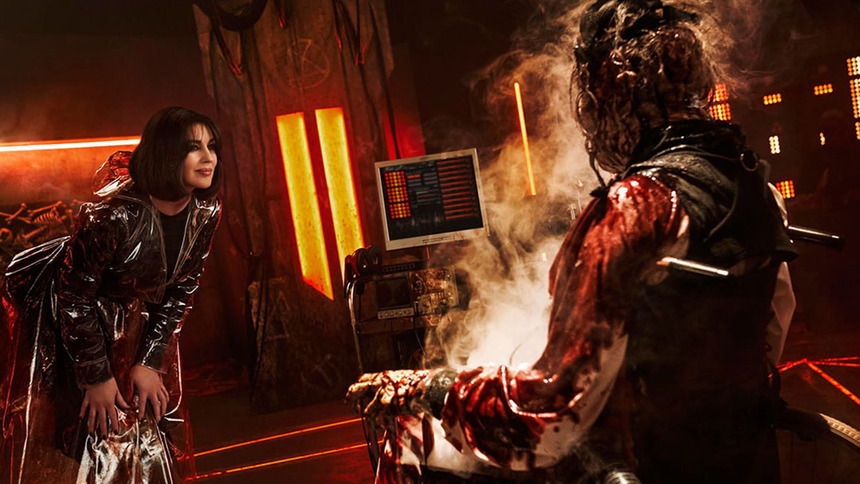 Momentum Pictures has released an official trailer for Nekrotronic, the next indie horror comedy film from the Australian director of Wyrmwood: Road of the Dead, Kiah Roache-Turner. A film about an internet demon and the secret hunters who bring them down (yes, you read that correctly), the film looks like a surreal descent into wacky, neon-soaked madness.

Nekrotronic premiered at the Toronto Film Festival last year. Now Momentum will release it in select US theaters and on VOD August 9, 2019.