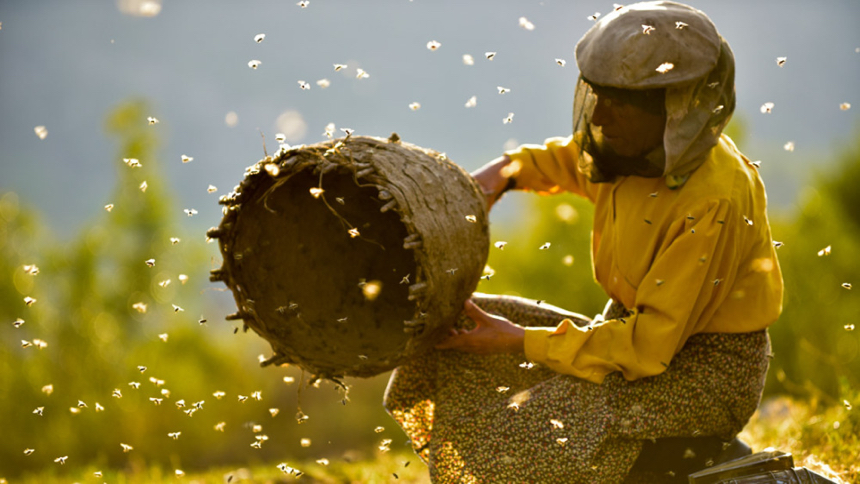 Tamara Kotevska and Ljubomir Stefanov's gorgeous documentary Honeyland is equal parts about how shitty humanity can so often be, and yet also so full of grace and perseverence. It is a cry for conservation and humility, a Shakespearean tragedy, and an observant arthouse tone poem.

"Haditze, the last female beehunter in Europe, must save the bees and return the natural balance to her patch of land in rural Macedonia, when a family of nomadic beekeepers invade her space and threaten her livelihood."

It is one of the best films of the year.

Distributor Neon has released a new trailer featuring a lot of critics telling why you should go see it, but really, just play the trailer on a 4K TV in max resolution and that will tell you all you need to know. And hopefully, after you see the film in July, when it gets a theatrical release in North America, you will agree: it is a magnificent piece of storytelling in the documentary form.