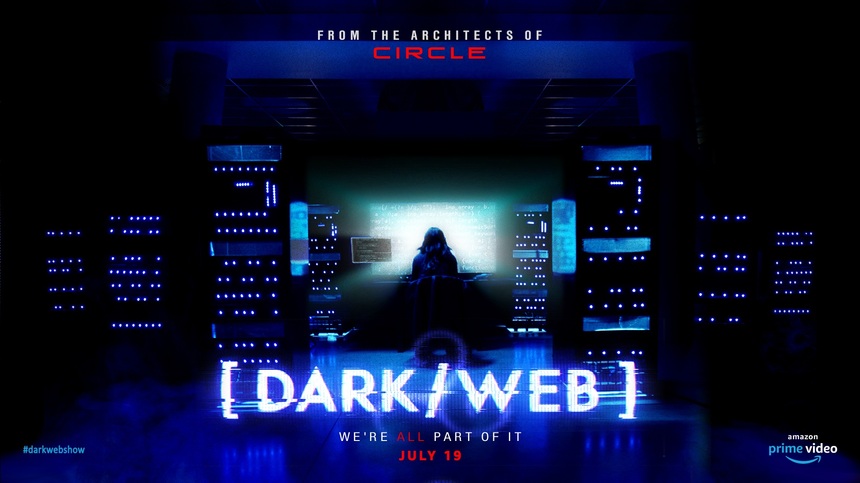 Percolate your coffee beans and get ready for a long sleepless night, because Dark/Web, the 8-episode sci-fi/horror anthology series we've covered here before will stream exclusively on Amazon Prime as of July 19. The series debuted last February at Entertainment Weekly's and SCAD's prestigious television festival, aTV Fest, and will screen to a packed house at this year's Comic-Con in San Diego on the eve of its streaming bow.

Dark/Web features tales that delve deep into the strange and dangerous "dark web" that lurks just beneath the surface of the internet we use every day.

Highlighting the voices and contributions of a wide variety of filmmakers, writers, and genre actors, and utilizes a unique story-within-a-story-format, each episode tells a standalone tale that's connected by a serialized, season-long narrative surrounding the origin of the mysterious stories. Each tale tackles a different danger of the tech age, inspired by real life dark web occurrences and the modern-day dangers of a world that's always connected.

Synopsis: A genius programmer's mysterious disappearance leads to the reunion of old friends and the discovery that the strange stories she left behind may point to an impending technological crisis.

The series has a unique history; marking one of the first times an entire season of television has ever been produced independently. The show comes from the creative team behind 2015's Netflix film Circle, which has gone on to become a cult hit inspiring online video games and live theatrical performances and adaptations across the world.