Now on Blu-ray: PRINCESS MONONOKE Collector's Edition Celebrates Ghibli's Breakthrough In The US 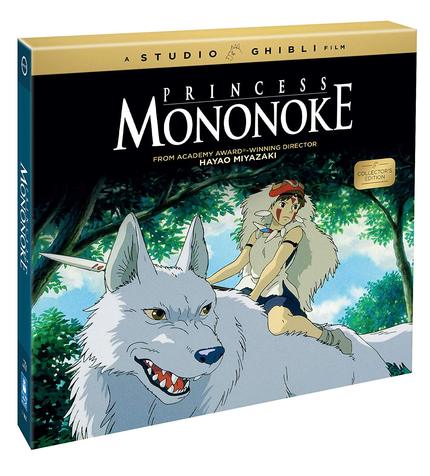 By 1999, Miyazaki Hayao was no longer an unknown quantity in the United States to fans of animation. Studio Ghibli's films had been distributed and released in the US for at least a decade, some to siginificant critical acclaim, however none had really made a big financial impact at the time. That all changed with Miramax's theatrical release of Princess Mononoke.

Released in Japan in 1997, Princess Mononoke came to the US two years later from the indie distributor with new trick designed to get people into the theaters. For the first time, a Ghibli film was able to snag A-list talent for its English language dub, then as now a crucial part of securing financial success for any animated project in the US. This skyrocketed the film ito the popular consciousness in a way that Ghibli hadn't been able to crack in the years previous, and it's been an avalanche of success ever since.

GKids describes the film as:

Inflicted with a deadly curse, the young warrior Ashitaka heads west in search of a cure. There, he stumbles into a bitter conflict between Lady Eboshi, the proud people of Iron Town, and the enigmatic Princess Mononoke, a young girl raised by wolves, who will stop at nothing to prevent the humans from destroying her home and the forest spirits and animal gods who live there.

The casting was something of a coup, as many of the performers in the English dub were very well known at the time. Voicing the titular princess determined to save her environment from the devastating destruction of industrial development was Claire Danes, at this point a teen idol after several seasons on TV show, My So-called Life and in Baz Luhrman's modern adaptation of Romeo + Juliet with Leonardo DiCaprio . Playing her unlikely (and unwanted) partner, Ashitaka, was Billy Crudup, a lesser known performer, but one who would go on to almost immediate success after Mononoke as the lead singer of the band Stillwater in Cameron Crowe's Almost Famous. Also among the cast was Minnie Driver, traight from her role in the Academy Award winning film, Good Will Hunting, Billy Bob Thorton, who'd scored a major success with Sling Blade, along with Jada Pinkett Smith, and The X-Files' Gillian Anderson.

The film itself burst into theaters during the Autumn of 1999, and was a pretty decent hit for an imported animated feature. The stage had been set by domestic animated films for adults in recent years like Beavis & Butt-Head Do America in 1996, and South Park: Bigger, Longer, & Uncut earlier that year, but nothing quite as serious as Mononoke. The Ghibli film ended up grossing a little over $2 million, by far their biggest success Stateside, as well as the first film to show up at all on the charts.

It's a fascinating piece of Ghibli history from a time that we all but take for granted these days as films from the legendary produciton house are more or less guaranteed theatrical release here and most Miyazaki directed film do pretty well.

The film itself is one of Miyazaki's more obtuse pieces, a parable of environmental panic along the lines of his earlier Nausicaa of the Valley of the Wind, but perhaps even more deeply rooted in Japanese folk ephemera. Far from the simpler, smaller stories that have grabbed kids' attention for years (My Neighbor Totoro, Ponyo, etc...), Mononoke is a complex film with complex characters and themes that do not resolve themselves easily, and it makes no excuses for itself in that regard. 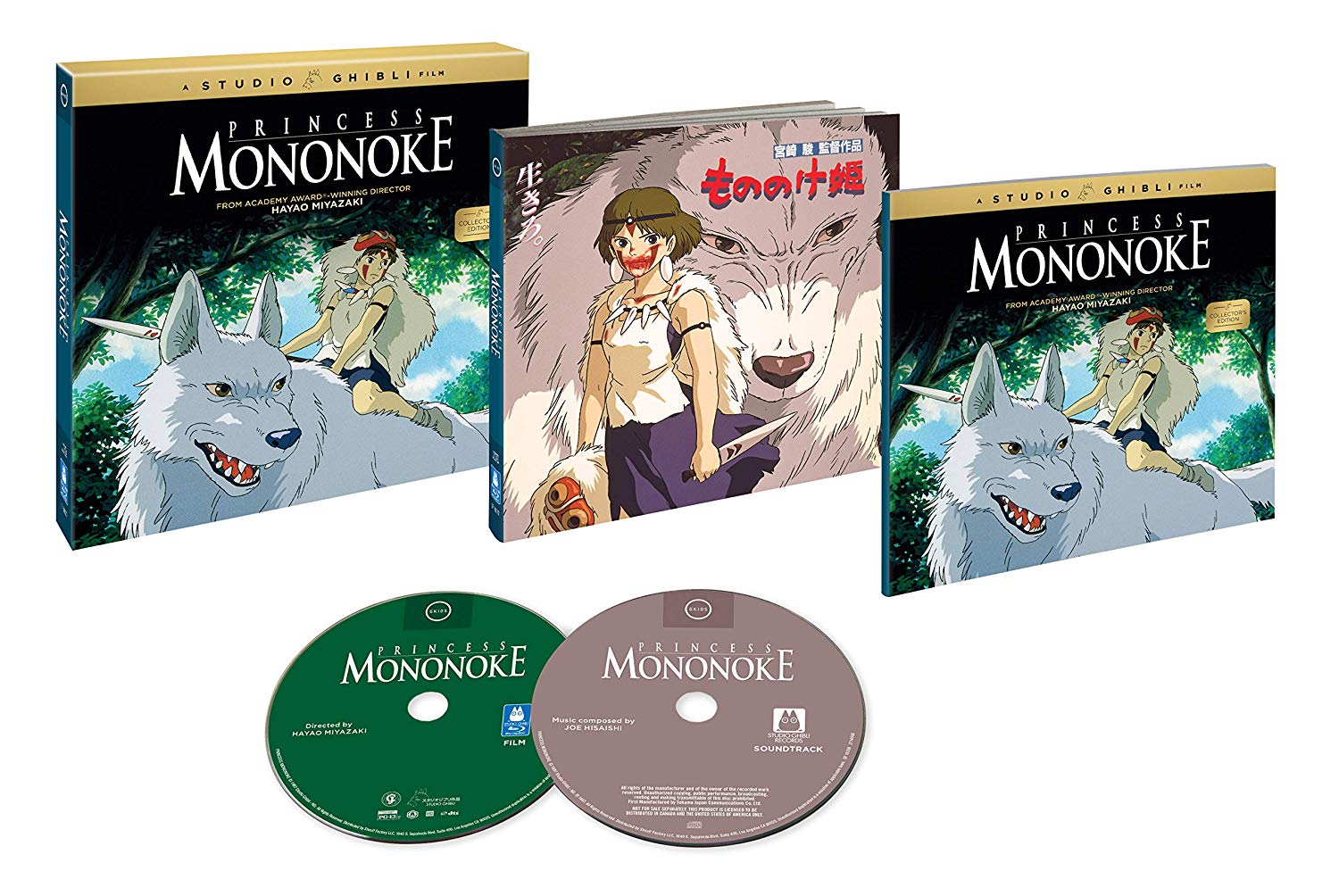 A bold film deserves a bold celebration, and here on the 20th anniversary of the film's proper US release, GKids and Shout! Factory have presented us with this exceptional collector's edition release. The disc based content mirrors GKids earlier Blu-ray release of the film, so if you just want the movie and don't care about the "stuff", you're safe with the standard edition. However, GKids have made it worthwhile for those of us who like a little extra with our favorite films.

For the first time the in US, this collector's edition makes available to us the original soundtrack by fabled Ghibli collaborator Joe Hisaishi, which is worth it to me on its own. The package also includes a 24-page booklet featuring poetry and a director's statement from Miyazaki Hayao, a producer's statement from Suzuki Toshio, as well as an incredibly detailed and fascinating look at the worlds of Mononoke from Glenn Kenny (NY Times, RogerEbert.com). All of this housed in a handsome hard-back presentation quality slip case, roughly seven inches square, that will look wonderful on any bookcase.

The audio and visual presentations remain unchanged, but the disc itself was quite good to begin with, so fans have nothing to fear and everything to gain. This is a wonderful addition to the Ghibli collection, and I really hope GKids continues with this collector's edition series for the rest of the company's classic work.