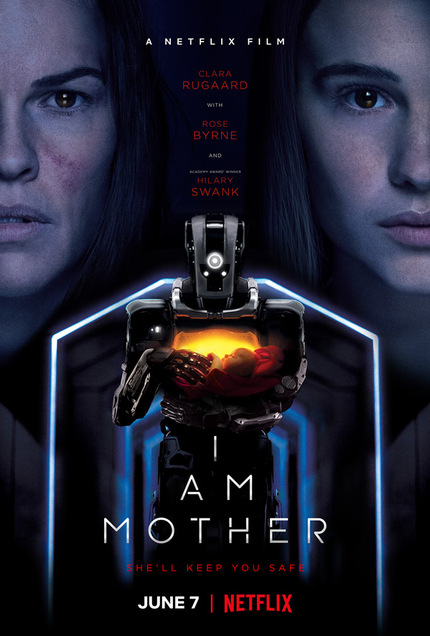 Netflix have released the trailer for Grant Sputore's sci-fi thriller I Am Mother, which will stream on the service starting June 7, 2019.

The claustrophobic film stars Clara Rugaard and a teenaged girl who is the first of a new generation of humans to be raised by "Mother" (voiced by Rose Byrne), a robot designed to repopulate the earth after the extinction of humankind. But the pair's unique relationship is threatened when an injured stranger (played by Hilary Swank) arrives with news that calls into question everything Daughter has been told about the outside world.

I Am Mother is written by Michael Lloyd Green. It premiered at the 2019 Sundance Film Festival where it received generally positive buzz and was scooped up by Netflix.

Do you feel this content is inappropriate or infringes upon your rights? Click here to report it, or see our DMCA policy.
Hilary SwankI am MotherNetflixScience fictionTrailer

More about I Am Mother