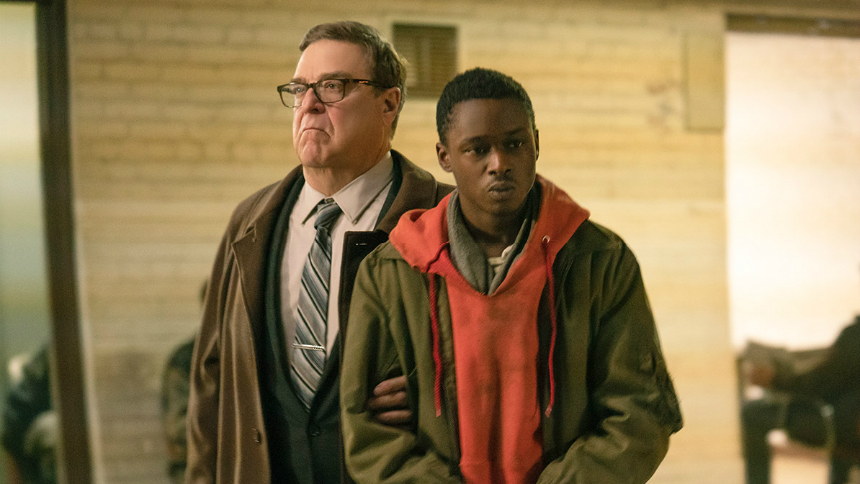 Theoretically a welcome break from Hollywood's usual 'space invaders' action adventures, Captive State focuses on what happens after alien creatures from outer space have landed on Earth -- and won.

Rupert Wyatt directed, and Captive State may play best as a weirdly diffuse, unofficial sequel to his own Rise of the Planet of the Apes (2011). Rather than talking apes taking over the world, though, the opening moments of Captive State quickly sketch out how bizarre alien creatures, known collectively as The Legislature, conquered Earth and are now ... er ... doing something EVIL!!!

(There are strong hints that the alien creatures are harvesting resources they need from Earth, with plans to move on after they are finished, with no concern for what happens to humanity after that. But I don't believe that is ever spelled out clearly.)

In any event, the film follows a resistance movement that has grown in Chicago, Illinois, over the nine years since the alien creatures first landed. Gabriel Drummond (Ashton Sanders, from Moonlight) lives in the long shadow cast by his older brother, Rafe (Jonathan Majors). Their parents were killed in the original invasion, and Rafe became known for his vigorous protests against the police state, peopled entirely by acquiescent humans, that The Legislature has imposed upon mankind.

Now Rafe has disappeared and presumably been killed. Gabriel wants nothing to do with any protests, though he is still tracked suspiciously by William Mulligan (John Goodman), a police commander who was the former partner of Gabriel's late, police officer father. (Everyone has been implanted with alien devices, so their every movement can be tracked.)

Things heat up as an invasion-anniversary rally approaches at Chicago's Soldier Field, a large outdoor stadium where tens of thousands will gather and the alien creatures are rumored to be making a rare public appearance. Inevitably, Gabriel is drawn into the protest. Mulligan seeks to keep Gabriel safe, even as he pursues his capture as part of his own agenda. 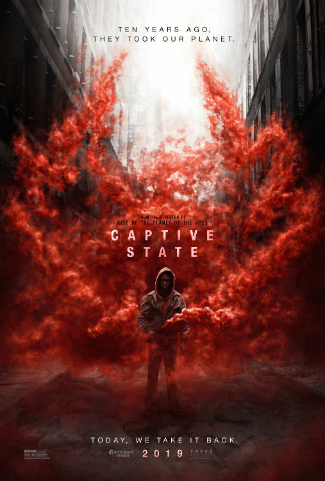 What makes Captive State distinct is that it is markedly different from other 'alien invasion' movies. Despite the high-profile names involved -- Vera Farmiga also appears in a role that amounts to a glorified cameo -- the story is consumed with detailing the very low-key activities of a small group of resistors. It's like listening to a stranger whisper for 90 minutes about something they insist demands immediate attention.

The film never builds sufficient momentum to overcome the key decision to withhold vital narrative details. For long stretches of time, the gloomy backgrounds invite torpor; we never get a full sense of the stakes involved or even what the resistors are attempting to achieve, except ... more resistance. Yes, the alien invaders are "bad," because of the obvious detrimental effects upon the resistors -- we witness many, many unhappy faces -- so are the filmmakers saying that protesting in itself is enough?

It's entirely possible that I am not intelligent enough, or sufficiently perceptive, to understand the message the filmmakers are expressing. Putting that aside, if that's even possible, Captive State is most enjoyable as an alternate-blockbuster, one that seeks to be a modern-day social sci-fi drama, like The Day the Earth Stood Still (1951), without necessarily identifying the social issues it is protesting.

The film is now playing in theaters throughout Canada and the U.S.

Do you feel this content is inappropriate or infringes upon your rights? Click here to report it, or see our DMCA policy.
Ashton SandersCaptive StateJohn GoodmanRupert WyattScience fiction