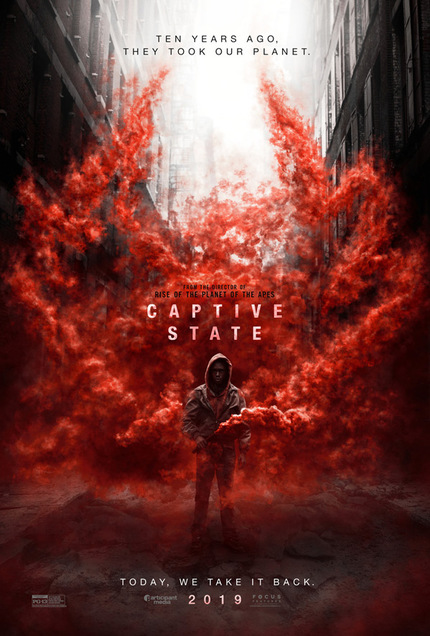 "No crime. No poverty. No unemployment. The state of our union is strong."

Set in a Chicago neighborhood nearly a decade after an occupation by an extra-terrestrial force, Rupert Wyatt's Captive State explores the lives on both sides of the conflict - the collaborators and the dissidents.

The first trailer for the blockbuster science fiction film has dropped from Focus Features and it looks like a big budget version of the USA network TV show The Colony where the story is less about humans fighting aliens and more about how different people cope and survive in the wake of such an occupation.

Captive State will be in theaters March 2019.

Do you feel this content is inappropriate or infringes upon your rights? Click here to report it, or see our DMCA policy.
Focus FeaturesJohn GoodmanRupert WyattSci-fiVera Farmiga