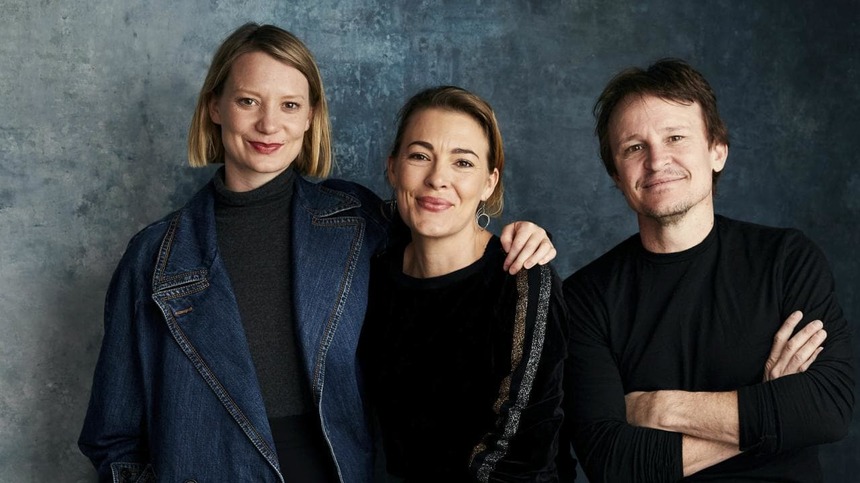 As anyone who's spent far too much time perusing the Internet for ancient photos of terrifying clowns genuinely intended to entertain children, as I have, can tell you, history had some confused notions of how best to delight youngsters.

Take, for instance one of the oldest, if not the oldest, means of family fun: the characters Punch & Judy, whose origins begin at Italy’s Commedia dell'arte, where the dynamic duo first took on the form of the theater’s hero, Pulcinella and his wife Joan.

Once the act was eventually Anglicized into what history remembers best as ‘Punch and Judy’, all that remained of whatever subtleties the bit originally took on was reduced to a comedy act with a simple premise: the innocuous Judy makes her husband/abuser, Punch, so angry that he batters her before the eyes of an audience in stitches. Judy screams; the dullard spectators laugh.

It wasn't long before the Punch & Judy show, initially envisioned and performed with large-scale marionettes, became a one-man puppet show… at least I assume it tended to be a man at the helm of the unthinkably-misogynistic “comedy routine”. The new film Judy & Punch, which recently premiered at the Sundance Film Festival, finds its entry point prior to this transition while still in the routine’s infant marionette stage.

Australian actor Mirrah Foulkes’ bit of historical-fiction, which would be more accurately deemed a historical fairy tale, puts the JUDY in Punch & Judy, in her darkly comedic and very timely writer/directorial debut.

With a whimsically flagrant disregard for period accuracy, the film plays as a feminist revenge fable that comes alive through Foulkes’ socially absurdist script and captivating performances from the film's leads: Mia Wasikowska as the defiant Judy, mastermind of the hit theatrical outfit, and her talentless partner Punch, played by Damon Herriman, who also recently lent his demons to Jennifer Kent’s The Nightingale and to Quentin Tarantino as Charlie Manson in Once Upon a Time in Hollywood.

It’s a fascinating project that I was delighted to discuss with writer/director Mirrah Foulkes, as well as her two leads, Mia Wasikowska and Damon Herriman.

What were your initial thoughts or reactions when you started digging into the history of Punch and Judy for this film?

Mirrah Foulkes (MF): Well, what I found to be really interesting was what it evolved from. So it comes out of Commedia dell'arte and I thought that sort of devolution from marionette to really rudimentary, shitty hand puppets was a very interesting turning point. So that's when I went, "Oh, okay. it's gonna have to be period. It's gonna have to be set back then because I wanna work with marionettes. I'm not interested in those shitty little hand puppets.

And puppets were usually only operated by one person. There’s no relationship there.

MF: Yeah, yeah. And so I sort of figured I wanted to make a kind of fictionalized or fabricated origin story about where these hand puppets might have come from.

For the actors, what is it like to actually put on a show with two marionettes?

Mia Wasikowska (MW): We spent an hour training. Just to sort of know what it was like to move the puppets.

MW: It was cool, actually. They were very heavy. I mean, they were marionettes.

DH: There was something a little freaky about them, that's for sure.

Mirrah, were you inspired by any period pieces?

MF: I love period dramas 'cause I really enjoy them, but I very much wanted it to feel like a world building. I want it to feel unique and something we hadn't seen before, and I didn't want to know when exactly it was or where exactly it was.

Mia, Damon, what were your first impression of Mirrah’s screenplay? What excited you most about this project?

MW: I just like that it took so many kinds of twists and turns that completely blindsided you. I always love when the script's a bit more ahead of the audience. I just thought that was really great, and it was so clever, and I loved all the ways that little things tied back into each other continually again and again.

DH: Yeah, it's a great read. Sometimes scripts are not that fun to read. You're slowly turning the pages. But this one is an absolute page turner, 'cause there's just so much that happens, and the dark comedy in it is so well-handled as well. it's really skating on the edge of being quite heavy drama at times and then absurd comedy at other times. Somehow it all seems to work.

It seemed like a pretty wild shoot. Any particularly notable days?

MW: I absolutely remember day one. It was horrifying. We started with the baby...

MW: The dog didn't want to eat meat. And the dog, which was supposedly a trained dog, couldn't sit or stay. Which are the two basic starting points for trained dogs, but, yes, it was very tricky. Very difficult.

At the end of it, I think we hadn't quite gotten anything from the baby or dog that we thought was useful. And it was just like rock bottom from day one, and then it got better.

DH: And we were saying, at least it will never be this bad, and it never was.

In addition to violence as show business, I really like what the film says about mob mentality. What was it like shooting some of those crowd scenes?

DH: Yeah. They were all great. It was a great bunch of people, and they've got some amazing faces and everybody really looked part of that world. All of that stuff worked really well. And I think the costumes, the design, it all works so well together that it makes it easy for us working on a set like that to just feel like you're instantly in that world.

Right, you just had to react.

MF: It was wild, yeah. For me, the film is... I mean, the feminist aspect is fairly obvious and it is very current to the president, but what I actually got to make is a sort of examination on the nature of violence in popular culture. From the middle ages to now. It's a through-line, our obsession with violence.

You got to tackle Salem.

MF: Right! I think that violence is very often directed towards women, so it becomes a general conversation. But what I hope to achieve in the movie is the sense that that mob rule and fear and the nature of outcasting people from a society, it's across all genders and it's just about other, you know? And there's so many parallels, contemporary parallels that you can draw.

So while it's absolutely a film about gender and a feminist film - there's no denying that - my hope is that it also speaks to other things and it's very interesting to me, this idea about sex and violence in pop culture.

Damon, you seem like a real sweetheart, but between this role and your upcoming role as Manson in ONCE UPON A TIME IN HOLLYWOOD -- I mean, what are you tapping into? What's it like playing these horrible, violent roles?

DH: It's disturbing, when the scenes you have to shoot are disturbing. There's a very disturbing scene in our film that we had to shoot. Another film that's here, The Nightingale, had some of that as well. Some very, very disturbing couple of scenes in it.

The Manson stuff I had to do... without giving too much away, I didn’t have super disturbing stuff to do, despite it being Charles Manson. So that was more fascinating, you know, just delving into the guy and what made him tick.

For such serious subject matter, the film is very funny. The stoning sequence reminded me of LIFE OF BRIAN.

MF: Totally, yeah. And I think comedies are a great way to explore...

MF: The absurdity of human nature and life and darkness. Comedy is a great way to show darkness.

Do you feel this content is inappropriate or infringes upon your rights? Click here to report it, or see our DMCA policy.
Damon HerrimanInterviewMia WasikowskaMirrah FoulkesSundance 2019