Crowdfund This: MISTER LIMBO, Spiritual Sci-fi Goes for a Walkabout 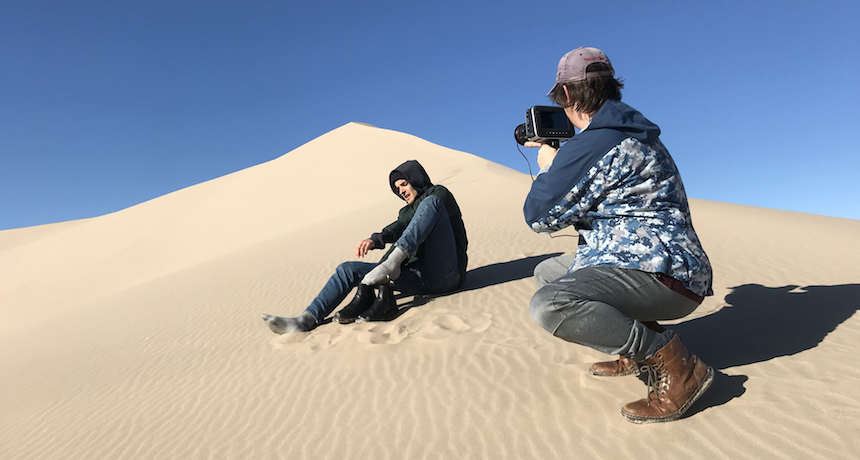 Over the last decade, Cleveland based filmmaker Robert G. Putka has been intelligently mining the fields of familial catharsis in the shallows and shadows of American Suburbia with short form work such as the SXSW selected Mouthful, and most notably his feature debut, MAD, which premiered at Slamdance in 2016 to great acclaim (read my own positive review here).

With his second feature, We Used To Know Each Other, about to chart the springtime film festival circuit, Putka is already hard at work on his third feature, Mister Limbo.

"Two strangers wake up in the middle of the desert, with no memory of anything - including their names.  Are they dead, or did they just party too hard at Burning Man?"
Described as "spiritual sci-fi" and "a two-hander in the vein of Waiting for Godot", this new work promises to be a distinct and curious departure for a young filmmaker who has equally cultivated gut-busting comedy and gut-wrenching drama from his very realistic -- and thus often very wounded -- characters. Melding Putka's penchant for humanism with what promises to be an absurd and other-worldly thread sounds like an enticing and special mix of movie magic on a sustainable and interdependent production scale.
Below, check out some behind-the-scenes insights and production test footage with Mister Limbo's Kickstarter pitch video, and if so inclined read up on the full campaign and their goals for production funding right here.
Tweet Post Submit