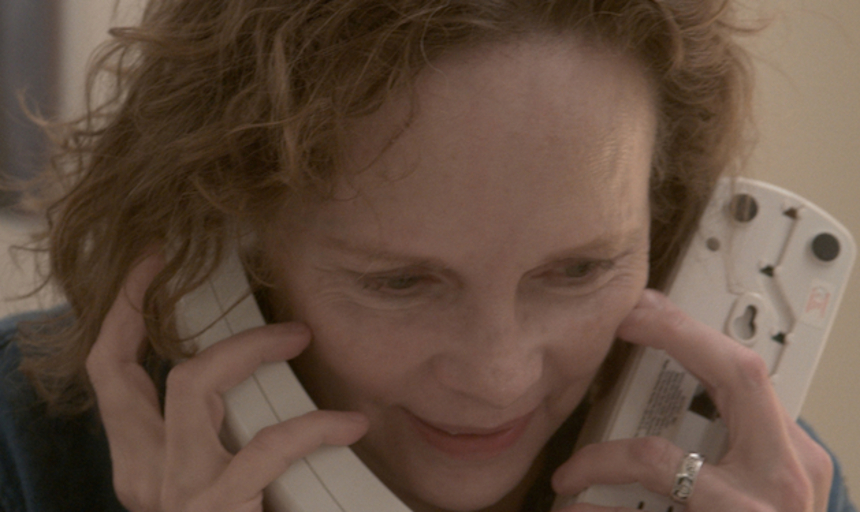 Robert G. Putka has built up a smart and sharp filmography of shorts over the last half decade, emphasizing rich, rude and raw performances, deriving his drama and comedy with character first. MAD, his feature debut, is as charming as it is abrasive, somber as it is hostile.

Maryann Plunkett plays Mel, a mother of two grown-up daughters, and a woman who has endured a long and drawn out divorce. Who is she now? A woman entering her twilight years? Is that all... Is this it? Leaving her daughters hysterical messages about thoughts of suicide, Mel ends up at the hospital, crying uncontrollably, leaving the doctors in a daze. Connie (Jennifer LaFleur), her eldest, and the responsible one, sits in her car, distraught, struggling to find a way to get serious with her little sister Casey (Eilis Cahill), who she so easily, venomously calls the "fuck-up of the family." Their mom is going to have to be admitted to the psychiatric ward, but only if she, Mel, demands it herself.

She feels that, for the time, it is the right choice. With Mel in the ward, Casey and Connie return to their own lives. With just a day off from work, Connie finds herself being sued by her own company for what looks to be a serious anti-trust lawsuit within her department. Going home to her husband and two young children, Connie begins to weigh and balance her options, with the wrong choice possibly even leading to a prison term. Meanwhile, Casey begins to question her work as a camgirl, while feeling that the writing group she's joined could help change the tide of her loneliness.

Putka and his three fantastic leads concoct an often feverish fury to the snark that both propels and masks their sadness. The vitriol and verve of the banter between family and supporting characters alike (with Mark Reeb's Jerry being the standout thanks to his stellar monologues) often gets to Veep levels of genius, resulting in equal amounts of guffaws and cringes. Putka also has a pulse on pop culture, mixing in all sorts of bizarre odds and ends, from Murphy Brown and Rocky IV references to bits that start with "You''ll be the Tom Cruise of crazy people." "Tom Cruise is the Tom Cruise of crazy people." "Okay then, you'll be the Tom Hanks of crazy people." Now Perhaps that kind of stuff doesn't read as well on the screen as when heard, but you can imagine what I'm getting at.

What makes MAD a cut above most dysfunctional family dramedies is that finely tuned ability from Putka and his cast to siphon such searing humor from such warn and nuanced places. The film's meanness doesn't feel petty or shallow. This kind of stuff really does swell up from the great depths of these wounded characters. 'Cause as we so often shake our head at in cliche, humor is what we use to hide our pain. Yet within the same moment it can be the force to shine a light directly on it. Outside of the films of Nathan Silver, I feel these kind of toxic if equally vulnerable spaces are rarely found in American indie fare these days,  so I'm happy to see it mined here so intelligently. And despite the film's harsh edges, Putka as a storyteller never negates or judges his characters with a harsh eye.

While MAD offers softer third act notes for the sisters and their mother, it presents no easy resolutions. Blunt and blistering with a manic if also elegant sincerity, Putka's brand of folly consistently contradicts itself like this merely because it is so human, so sad, and so true. For if we laugh, if we really allows ourselves to, even when it may not feel okay, then maybe, just maybe we'll be better the next day. Or maybe we'll cry. Maybe's we'll cry a lot. And knowing that's okay is a pretty big get, isn't it?

Do you feel this content is inappropriate or infringes upon your rights? Click here to report it, or see our DMCA policy.
Eilis CahillJennifer LaFleurMADMark ReebMaryann PlunkettRobert G. PutkaSlamdance 2016slamdance film festival