Interview: MANDAO OF THE DEAD writer-director SCOTT DUNN on the making of the film 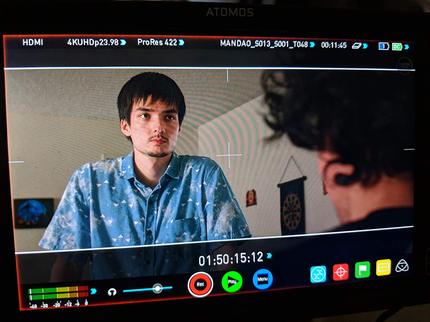 “Mandao of the Dead” is a fun and surprisingly laid-back fantasy flick, a sort-of buddy movie that makes the most out of its limited budget and charismatic cast. It may not look like a particularly ambitious film, but it’s charming, funny and smart enough.

I had the opportunity to exchange e-mails with the film’s director, Scott Dunn. What follows is a brief interview in which he tells me a little about the pre-production process of the movie, as well as his stories related to the paranormal, and of his chief interests: astral projection.

How did you come up with the basic concept for Mandao of the Dead?

I wanted to tell my own time travel story. I had the characters more or less from when I was a teenager. The backdrop to the story was a newer thing. Time travel movies always have to answer the question of “What’s the time machine”. In this case it was astral projection which I think is fresh.

Did you do any research regarding the paranormal, and more specifically, astral projection?

The research was done over the course of a few years. Not for the script, but just out of personal interest. I find astral projection fascinating. I was trying to do lucid dreaming at the time. One of my friends talked about doing it and how fun it was and I was jealous. That subject led to forums about astral projection. Also I saw the movie Insidious and I was hooked. There’s a big astral projection community out there and I think it’s exciting!

Would you say Mandao.... is based on actual ideas and concepts, or is it more rooted in fantasy?

A little of both. I guess I thought it was more rooted in the fantasy genre. However, there are a lot of astral projectors out there. Some even claim to have time traveled. I was aware of that when I was writing the movie. In many ways that’s what grounds the film - the fact that astral projection is a real thing.

Have you had any sort of paranormal experience yourself?

Not a ton to be honest. The most recent thing I can remember is that I had fallen asleep on the floor in my apartment and it was very late. I remember being in and out of sleep when I heard my name whispered right into my ear. It didn’t feel like an auditory hallucination, it felt like it was right there. It wasn’t a malevolent voice. It was more like an angel saying, go to bed. It was a female voice. I know it wasn’t my wife because she was already asleep.

Did you always plan to direct AND star in the movie? And if so, why exactly?

I think wearing so many hats has the potential to rub some people the wrong way. Overall, I’ve been really lucky in that so many people have embraced me in the role. I was really surprised and grateful to receive some fan art recently of my character Jay. So trippy and cool!

I played the character Jay Mandao in a short version of the movie back in high school and really enjoyed it. It’s not an ego thing. It’s about the joy of it. I think as long as I’m making sure that I’m giving my attention to the other actors, to the story, and the directing, then it’s okay. I WANT my other actors to shine. I’m rooting for them and I’m genuinely a fan. I want to foster an environment where they can play jazz and I think that’s what happened.

This is only my second feature film and I’m always striving to get better each time. I have a lot of room to grow. It’s a blessing to be able to do this in any capacity. 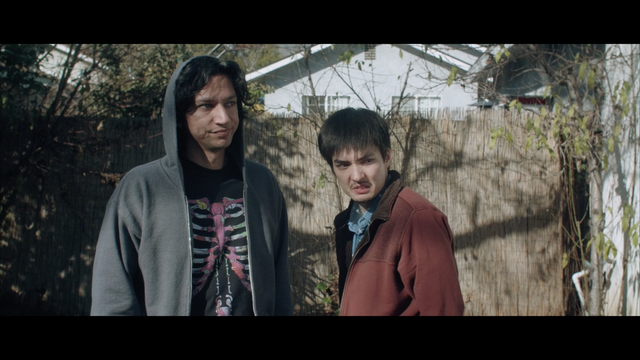 How did you manage to make the most of a tight budget, especially for fantasy movie standards?

The key to making the movie with such a tight budget had less to do with restraints and more to do with the characters point of view. Imagine something that really made you stress out in real life. Something that was harrowing to you. It may seem trivial to others outside of your situation but to YOU, it was such an event.

The effects, camera work, and lighting, were kept simple and practical, which I think enhanced the story. If I’d had more money that would’ve been great but I still think it would air on the simpler side.

How was the casting process for the film?

Fantastic! I’m so proud of this cast. There was a great camaraderie on set between us all. One of the special effects of the movie was just having a cast that has great chemistry. It’s one thing that keeps being brought up by viewers and reviewers so I’m very happy how that all turned out.

It was a fairly normal casting process in terms of holding auditions. I like to think of auditions as a warm and collaborative process. The actors come in and I get in there with them to adlib and encourage spontaneity. The ones we chose really responded to that. I love working with actors. Would you be interested in telling more stories starring these characters?

Very interested! I’m working on a sequel right now called Mandao Returns. On set we would all have discussions about what would happen next. The story and characters naturally lend themselves to continuation. I think fan interest is there which gives me the warm and fuzzies.

What part of making a film do you enjoy the most?

It comes in phases. Writing the script is its own treat, you know? It’s cozy and fun and full of exploration. At some point, though, I’m ready to get out there and film it. Once filming is happening it’s an intense race to the finish line. By the end of it, I’m ready to go back into the cave for editing. So much of life is about enjoying the thing you’re doing at the time you’re doing it. So a long-winded answer to your question is I love it all.

What are your future projects? Have you started any?

The Mandao sequel is being cooked up as we speak. As far as other projects I do have some I’m developing. One of which deals in the horror/thriller genre again. It’s a fun genre to work in right now.

Do you feel this content is inappropriate or infringes upon your rights? Click here to report it, or see our DMCA policy.
astral projectionfantasyindependent movieindieinterviewmandaomandao of the deadparanormalpre-productionscott dunnsebastian zavalasequel