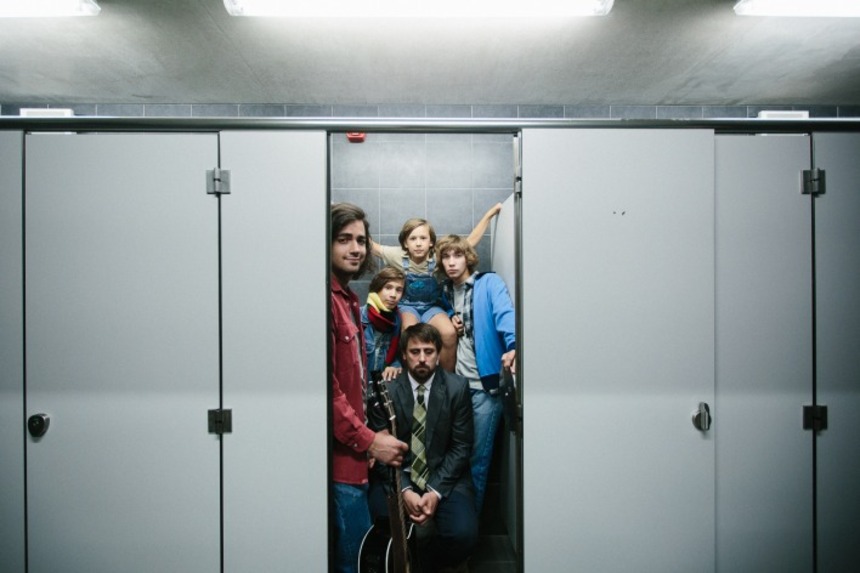 The emerging young Hungarian filmmaker Gábor Reisz introduced himself through a DYI-looking indie For Some Inexplicable Reason. The feature debut emanated a punk allure of rough and crude aesthetics, lacking technical finesse and adequate resources.

Yet the Hungarian hopeful director managed to outmatch the defects by inventive storytelling. For Some Inexplicable Reason netted a couple of prizes along with zealous followers. As his next feature endeavor, Reisz announced a film noir as the follow-up to his unconventional rom-com, or trauma-com, depending on what perspective and set of conventions a viewer might prefer to embrace the film. His sophomore feature Bad Poems, however, did not land anywhere near conventional noir territory.

Quite the opposite, as his latest film Bad Poems is more of a homecoming, sharing undeniably the same genetics as For Some Inexplicable Reason. Very much conscious of not stepping into the same river twice, Reisz pushed the technical quality and the aesthetics a couple of levels upwards. Bad Poems introduces a more sophisticated incarnation of For Some Inexplicable Reason's protagonist, the lovable sad sack. The catalyst for Bad Poems' story turns out to be yet again a break-up, although to deliver more on a note of irony, it unfolds in the city of love, Paris. 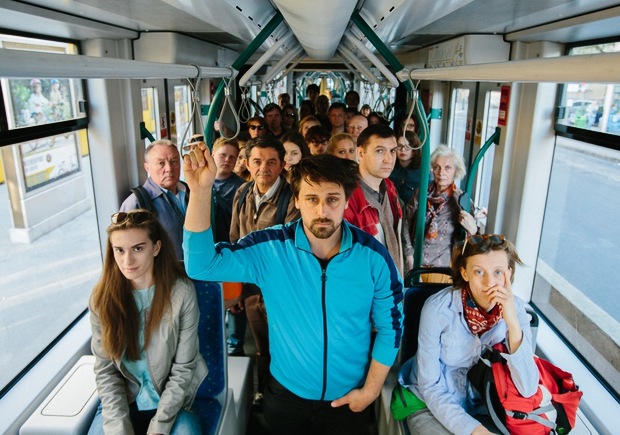 The breakup, a cocoon of melancholia enveloping the lead character and the unbearable reflection on the eternal notion of love, the three magical substances guaranteeing to transmute every film into a schmaltzy cliché, parade shamelessly on the screen in the introductory 15 minutes. However, the vibe of Bad Poems runs past run-of-the-mill romantic comedies, gradually destabilizing the rom-com premise.

The film feels much more personal to the director, who stars in the leading role, inspired heavily by his own life. Szabolcs Hajdu underwent a similar ordeal in his award-winning chamber piece It's Not the Time of My Life; Reisz consulted with him on the challenge of sitting on two chairs at the same time.

Despite a similar pedigree, Bad Poems is of a different breed, courtesy of Reisz' imaginative storytelling, which he showed off in For Some Inexplicable Reason. The breakup between the protagonist Tamás and his soon-to-be ex-girlfriend Ana right in the middle of the city of love whisks the 30-something Tamás back unto his domestic turf in Budapest. Additionally, it triggers bifurcating paths into his past self at the ages of 7, 14 and 17, dominated by a hobby that defined his personality and identity, be it polo or garage grunge band and, most importantly, his pursuit of love and his perception of the notion of love. One of the hobbies turns out to be poetry.

The names of women line the protagonist's life as a steady trajectory of -- mostly platonic -- love interests. The existential confusion of the contemporary 30-something generation has become a fixture lately, a refurbishing of the coming-of-age genre, implying larger socio-psychological symptoms.

Reisz's trauma-com differs from those made west of Hungary; it certainly does not unearth and ponder upon severe physical and emotional abuse. Even though Bad Poems avoids that dark territory, the melancholy has a self-inflecting origin, a palatable self-pity, partially redeemed by the director's self-deprecating manner. 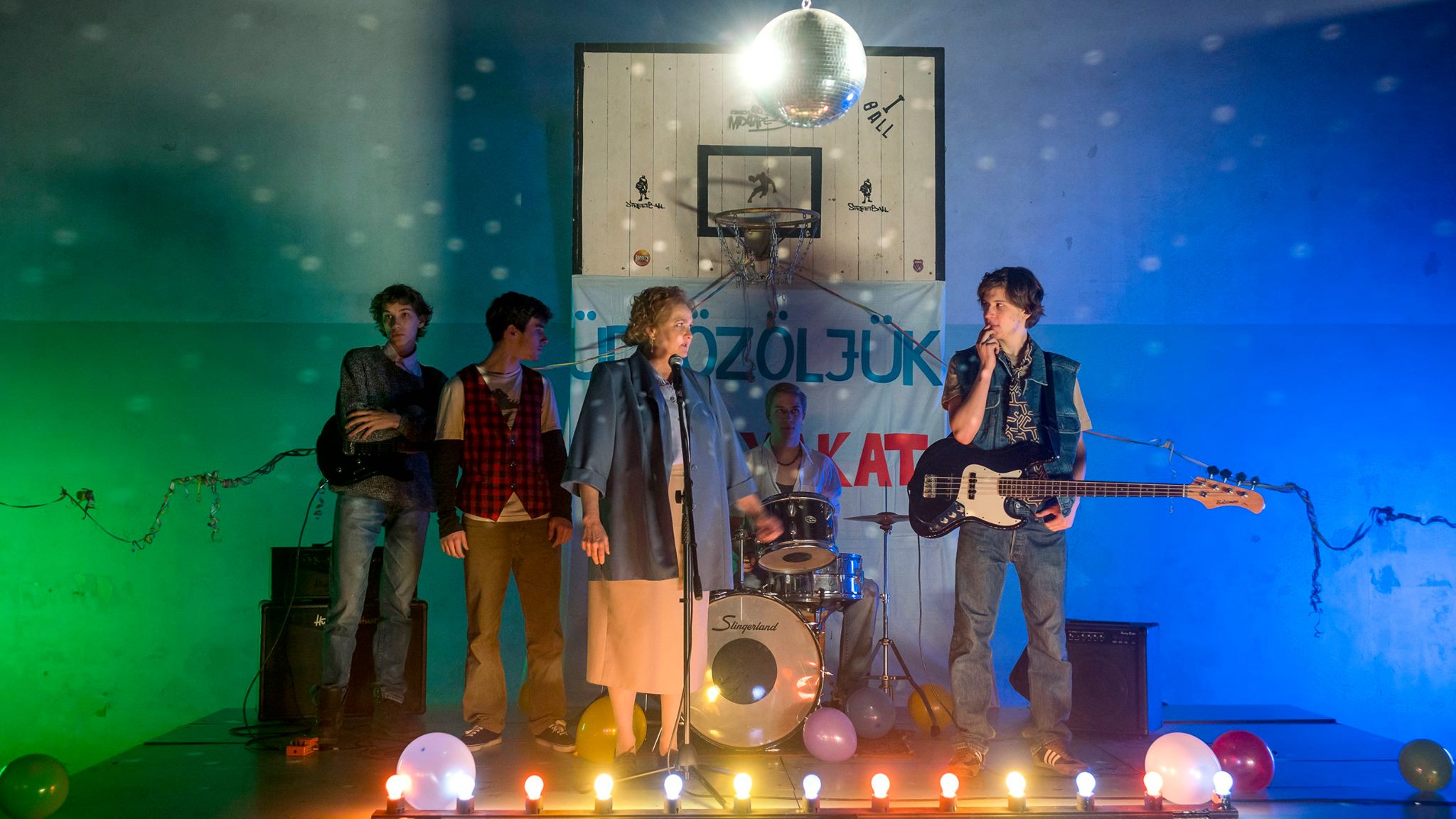 As a giddy neurotic comedy contemplating the eternal question, Reisz embeds the latent coming-of-age elements into the framework of a fresh urban film, veering towards pop culture-(un)conscious work wielding visible influence over the film's form and the director's style. The director confidently hopscotches between coming-of-age, romance, and family drama as he does also in time-cascading nostalgia tripping.

Irony and humor become obligatory pit stops, as does an impromptu musical number in a public transport. To amplify the idiosyncratic style which Reisz seems to cultivate as a trademark, he not only blurs the line between genres -- which is more and more a ubiquitous methodology lately -- low and high, and the linearity of time, but of space as well.

His storytelling charm improves along with his craftsmanship, since the extravagant formalistic stunts, such as a surprising jump from his bedroom into an indoor public pool in a single, no-hidden-cut shot, tend to be dazzling and taken right out of the music-video playbook.

Facing the constraints of a low budget, Gábor Reisz succeeds in delivering a film with high added value, while also honing his craft. The absurdity and naivety of adulthood, most notably in the everlasting emo-struggle of childhood idealism versus cold, grownup pragmatism, serves as an ideal space for Reisz's formalistic and stylistic lo-fi experimentation.

Essentially, Bad Poems is a brokenhearted urban pop-rom-dramedy in a blend of Eastern-European mundane realism, with the flair of Michel Gondry.

Do you feel this content is inappropriate or infringes upon your rights? Click here to report it, or see our DMCA policy.
Gábor ReiszHungaryTallinn Black Nights