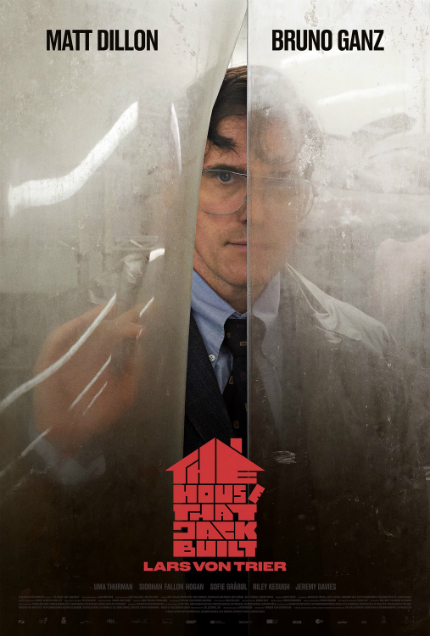 Much has been made of the cruelty, gore, and misogyny on display in The House That Jack Built, Lars von Trier's latest cinematic provocation. As an avid horror fan with a fairly strong stomach, I was not deterred by this. The man is capable of making great films, films that are genuinely moving, thought-provoking, if sometimes rigorous to watch. My mind was wide open for Jack, and I even expected to like it. That was not the case.

Matt Dillon commits fully to the role of serial killer Jack, who works as an engineer and suffers from crippling OCD, among other psychological issues. Like a square version of American Psycho's Patrick Bateman, Jack gleefully embraces his dark nature and never tries to thwart his heinous impulses. He doesn't seem to receive any sexual gratification from the killings, though, preferring instead to stage the victim's bodies into elaborate scenes for the sake of "art." In typical von Trier fashion, this is all juxtaposed with insertions of famous paintings, archival footage, and plenty of philosophical bullshit.

Indeed, some of the violence crosses the line from disturbing and effective to just plain ugly and abject. But more offensive than the mere inclusion of such images is that von Trier tries to use them to make some muddled point about evil, artists, filmmaking, and religion. It's clear that the director is identifying with Jack, while also condemning him. After being banned from Cannes (though the ban was lifted for this very film) after stating that he can "understand Hitler," von Trier was then accused of sexual and emotional misconduct by former leading lady Björk. He has a lot to answer for, and -- to his credit -- he attempts to with Jack.

Unfortunately, the film is an overlong and self-indulgent mess that only leaves one feeling Punk'd, or like Nelson from The Simpsons should have popped up at the end saying "ha-ha!" You can almost hear von Trier giggling impishly as he edits in actual footage of dead bodies in concentration camps with clips from his own filmography. There is nothing subtle or artful about this film. Its plot and characters are hollow machinery created solely to deliver von Trier's narcissistic musings, a Trojan horse "serial killer" movie that manages to be tedious despite its desperate need to shock.

If you find von Trier a fascinating figure, and you aren't completely turned off by his determination to upset people at the expense of his own movies, then perhaps you'll be in the camp that thinks Jack is his master opus. As for me, I'm getting tired of empty diatribes from the Kanyes and von Triers of the world. Next.

Review originally published during the Vancouver International Film Festival in October 2018. The film is now playing in select U.S. theaters via IFC Films.

Do you feel this content is inappropriate or infringes upon your rights? Click here to report it, or see our DMCA policy.
Bruno GanzDenmarkLars von TrierMatt DillonRiley KeoughUma Thurman