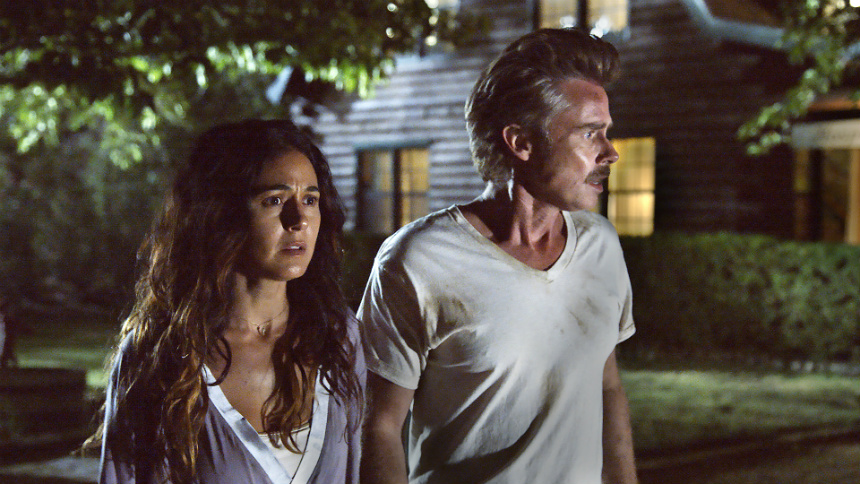 In real life, we struggle to forget mistakes we have made and hope that our past misdeeds will never come back to haunt us. But the past can never be truly left behind, according to most movies I have seen.

Written and directed by Nick Chakwin and David Guglielmo, Hospitality obeys that rule, though it does it so in a slowly-simmering manner that, befitting its title, is friendly, courteous and kind, at least until its true intentions are revealed. The story revolves around Donna (Emmanuelle Chriqui), the manager of a bed and breakfast operation in the middle of Nowhere, USA.

The loving mother of Jimmy (Conner McVicker), a teenager with a cognitive deficit, Donna is a quiet-spoken, straightforward person, which makes her reluctant but willing acquiescence to a booty call by a police officer in the middle of the night rather puzzling. True, Sheriff Hirsch (JR Bourne) is a smoky-voiced figure of unquestioned authority, but it's only when he demands a share of Donna's take from a recent guest and hints at Donna's past that we get an inkling about the nature of their relationship.

Her guarded nature is put on full display when Cam (Sam Trammell) knocks at the door in search of a place to stay. He makes a sly reference to Donna's disreputable past before she sets him straight. Appropriately chastised, he still expresses his need for lodging, so Donna invites him in, which leads to a whole heap of trouble for her and her son. 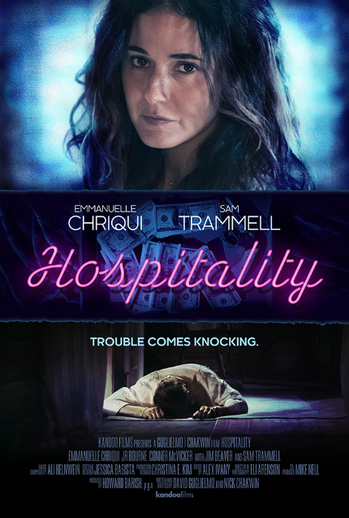 Eventually, the spare and quiet film shows its own true colors, developing nicely enough into a thriller with murderous intent. Much of the film's virtue is dependent upon the chemistry between Chriqui, known for HBO's Entourage, and Trammell, known for HBO's True Blood. (The HBO casting pool extends to McVicker, known for HBO's Vice Principals, and the great Jim Beaver, known for HBO's Deadwood; Beaver shows up in a key supporting role.) Bourne, meanwhile, is known for TV's Teen Wolf, while I enjoyed him in TV's Falling Water.

All the TV credits serve as a reminder that television is not entirely a vast wasteland for talented actors. My personal favorite actor Jim Beaver, for example, creates a character of considerable menace, entirely through his physical bearing and manner of speech. It's wonderful to see Trammell have the opportunity to play someone whose motivations are somewhat cloudy, even to himself. In a similar vein, Chriqui portrays a woman with more depth and danger in her soul than anyone else thinks likely.

In fairness, Hospitality is not as strong or as ruthless as it needs to be as a thriller. Even though it runs just 80 minutes, it meanders for a while, taking more time than absolutely needed to build up stream and drive forward. Still, I enjoyed watching the actors create their characters, and that relatively brief running time avoids the trap of bigger-budgeted productions that aim to bludgeon the audience into submission with a wealth of blood, vehicles, and special effects.

So: recommended, especially for fans of Chriqui, Trammell, and the Almighty Beaver.

The film will open in select theaters and on various Video On Demand platforms on Friday, December 7, via Kandoo Releasing.

Do you feel this content is inappropriate or infringes upon your rights? Click here to report it, or see our DMCA policy.
Conner McVickerDavid GuglielmoEmmanuelle ChriquiJim BeaverJR BourneNick ChakwinSam Trammell