Friday One Sheet: Baby It's A COLD PURSUIT Outside... 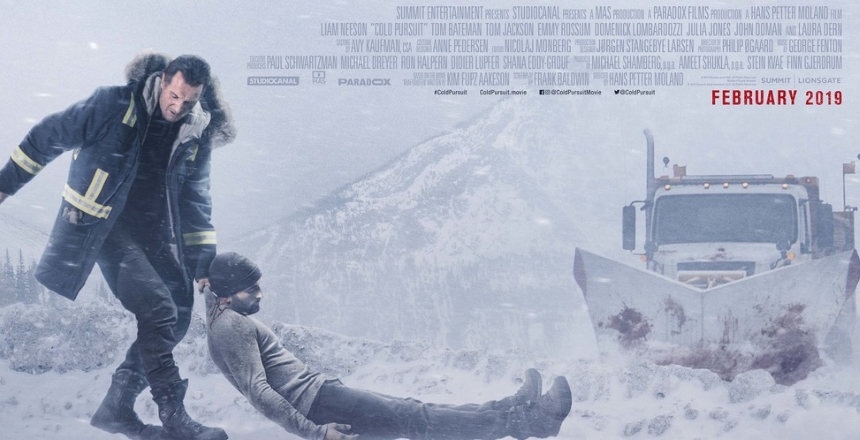 Cold Pursuit is latest in a series of Liam Neeson revenge pictures. It is a remake of Hans Petter Moland's (here directing again) thriller, In Order Of Disappearance, which starred Stellan Skarsgård and Bruno Ganz. The 2014 version had a swanky retro poster.

The new film might a first glance look like any run of the mill procedural, although points for credit block placement, and intrepid use of negative space. Buried in the middle of the snowy whitespace, the tagline, "Citizen of the Year" drops the hint that the film will retain its dry, dark sense of humour, a hallmark of this type Norwegian movie-making, from Troll Hunter to Jo Nesbø adaptations, and even the more gentle cinema of Bent Hamer.

It is subtle, and you do not even have to be aware of the remake, or Scandinavian sensibilities, but it elevates the poster, and distinguishes it from the growing subgenre of 'Liam Neeson will hunt you the fuck down' films that earned its masculine bonafides, more or less, with another wintry survival thriller, The Grey, which was more about killing wolves than people, but still... 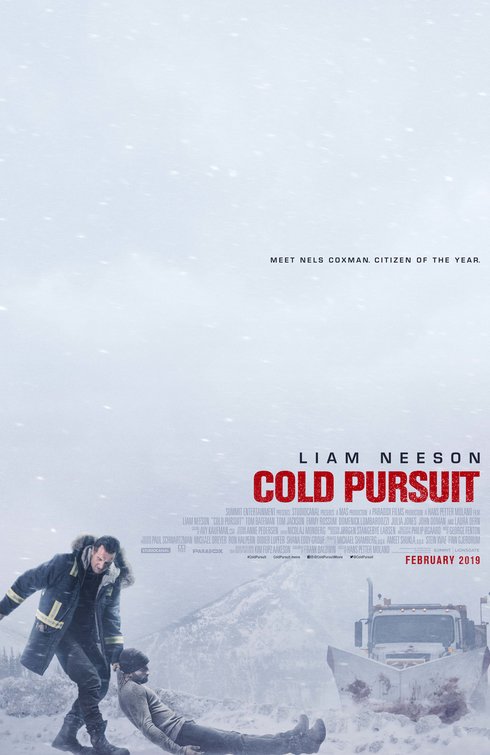 Do you feel this content is inappropriate or infringes upon your rights? Click here to report it, or see our DMCA policy.
Friday One SheetLiam NeesonPosterremakerevenge