Viggo Mortensen and Mahershala Ali star in a comedy-drama set in 1962, directed by Peter Farrelly. 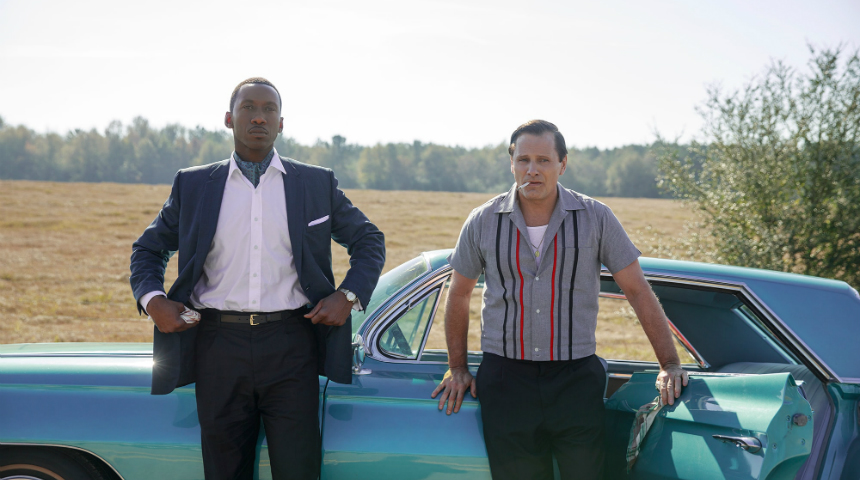 Delivering familiar bromides with fresh brio, Green Book is an altogether pleasant and very entertaining trip back in time that is more relevant than ever.

More than anything else in the career of director Peter Farrelly, it reminds me of Outside Providence (1999), a warm and affectionate comedy-drama about a young working-class man from Rhode Island who gets sent to a private academy for his senior year of high school. Set in the 1970s, it was based on a novel by Peter Farrelly, who cowrote the screenplay and produced with his brother Bobby Farrelly and Michael Corrente, who directed.

Outside Providence is a minor work but a funny, likable effort. The Farrelly Brothers had cleaned up with broad, outrageous comedies earlier in the decade -- (Dumb and Dumber, Kingpin, There's Something About Mary) -- that were dripping with sentimentality and matched the tenor of the times. They found less success repeating the formula with Me, Myself & Irene, Osmosis Jones, Shallow Hal and Stuck on You. After the milder, less outrageous, more enjoyable Fever Pitch (2005) failed to strike gold, and then The Heartbreak Kid (2007) proved to be a rotten remake, I tuned out, not terribly interested in their work since then.

Inspired by a true story, Peter Farrelly's first solo feature directing credit draws from his own experience as a filmmaker. He cowrote the original screenplay with Brian Hayes Currie and Nick Vallelonga, the son of lead character Tony Vallelonga, played by Viggo Mortensen.

It is fall 1962. Vallelonga, also known as Tony Lip in the working-class Italian neighborhood in The Bronx, New York, where he was born, raised, and now lives with his devoted wife Dolores (Linda Cardellini), works security at the Copacabana nightclub in Manhattan. This, and the neighborhood where he was raised, brings him into regular contact with gangsters, both big and small-time.

His upbringing, family influence, and neighborhood loyalty also means that he is prejudiced against all people of color. He doesn't go out of his way to display his prejudice; it just is, and that's that. 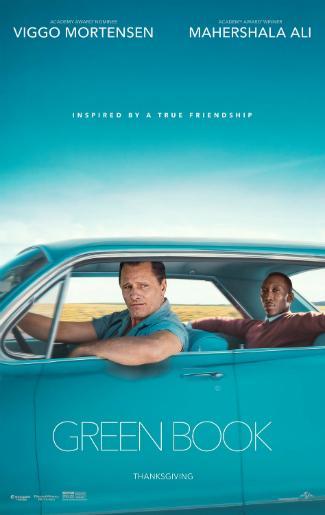 One night, perhaps as an attempt to ingratiate himself with a rival mobster, Tony "borrows" a treasured hat, which leads to a fiery misunderstanding, and the shuttering of the Copacabana (for "renovations") for two months. Tony feels a keen sense of responsibility toward his wife and two sons, which soon leads to him accepting a temporary job as a driver for a black musician, Doctor Don Shirley (Mahershala Ali), on a potentially treacherous concert tour that includes a leg in the Deep South.

An elegant, dignified, well-educated man, and a brilliant pianist, "Doc" Shirley finds the trip even more troublesome than he could have imagined. Tony, too, soon finds himself out of his element, not only in dealing with the wealthy people who are attending and supporting the tour, but in his encounters with raw-faced discrimination and outright hostility toward Shirley.

Tony figures he has dealt with his own measure of discrimination as an Italian-American, and so that puts him on equal footing with Doc Shirley, but, as Doc eventually is forced to explode at him, he (Tony) really has no idea what it's like to be black in America in 1962. And, of course, the decades before, and the decades since then.

When considering the outright outrageous prejudice that continues to seep into the culture of modern America, Green Book remains a disturbing and relevant film. Anger is tempered, however, by the hard-fought friendship that develops between Tony and Doc. Farrelly and his collaborators find a constant stream of comedy in situations that come up, making for an experience that unabashedly seeks to reduce the piercing sting of racism with warm sentimentality; it's likely to be a crowdpleaser.

The film opens in select U.S. theaters on Friday, November 16, before expanding nationwide on Wednesday, November 21.

Do you feel this content is inappropriate or infringes upon your rights? Click here to report it, or see our DMCA policy.
Mahershala AliPeter FarrellyViggo Mortensen