Leiden 2018 Review: In WILDLIFE, Carey Mulligan Rises From the Ashes 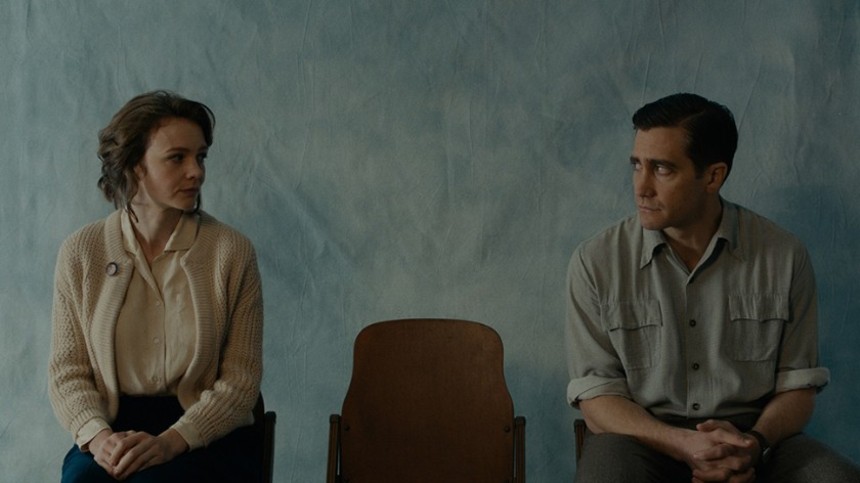 How does one cope with feelings of inadequacy, the acknowledgement of imperfection -- both in themselves and loved ones -- and what is a person’s own happiness truly worth?

Wildlife, Paul Dano’s astounding directorial debut that has been making a name for itself since its Sundance world premiere, asks complicated questions and forgoes the easy fix of band-aid solutions. With a sense of poise more commonly found in the work of seasoned filmmakers Dano’s first feature, co-written with Zoe Kazan, is a perfectly paced and nuanced character portrait that exquisitely renders scenes of marital collapse as it exposes the confines of antiquated gender roles.

Set in the 1960s, the film opens with a snapshot of family life at its most idyllic (for the time) as father and son throw the ball around in the backyard while mom is getting dinner ready in the kitchen. But the early mention of a forest fire raging nearby spells trouble on the horizon and no matter how many beautifully lensed widescreen compositions cinematographer Diego García serves up, Dano tends to only insert them after scenes of small-talk that rustle with an (at first) unspoken dissatisfaction. Wildlife often looks like a tranquil Americana trapped in a postcard frame, but with the yellowish discoloration of the passage of time about to set in.

When Jerry (Jake Gyllenhaal), patriarch of the family, loses his job at the golf course it sets in motion a redistribution of household roles as Jeanette (Carey Mulligan) rejoins the workforce as a swim instructor and Joe (Ed Oxenbould) gets an after-school job at the local photo shop, where he’ll eventually get to take stereotypical family portraits. Meanwhile, at home, the nuclear ideal crumbles.

Jerry, somewhat begrudgingly, lets change take place as he descends into dejected mopiness and struggles with his embarrassment. Too proud to bag groceries or accept an offer to return to his old job, his wounded male ego needs mending and so he unilaterally decides to become a volunteer firefighter until the first snowfall.

While Jerry retreats into the woods (and into his notions of manliness) his absence creates a space in which Jeanette can explore what she truly wants for herself. In one of the film’s only heavy-handed passages, a scenic drive to the site of the forest inferno where she hopes to confront an at first loyally uncritical Joe with the selfish and cowardly nature of Jerry’s undertaking, Jeanette puts it to her son plainly: you can choose to adapt to new circumstance, like wildlife fleeing the flames, or get burnt up and become one of the dead trees left standing in its wake.

But reinventing herself as a new woman proves challenging and means struggling with her own retrograde notions of womanhood. She strikes up an affair with local business mogul Warren Miller (a wonderfully self-serving Bill Camp) because, at least in part, she seems to believe that moving onto the next man -- one who can provide for her and her son -- is a woman’s lot in life. Wildlife delves into the doubts, discontentment and aspirations of a self-questioning and flawed human being at a time when women were supposed to be ideal housewives.

Dano’s elegant handling of the subject brims with compassion and remains methodical in its gradual unraveling of marital life as if it were an antique clock winding down. Gyllenhaal is terrific as an unmoored man whose sense of self used to be defined by self-assigned duties as head of the household while Mulligan wrestles beautifully with internal conflict as she tries to reconcile what she valued in her old life with the opportunity of creating an independent one elsewhere.

Special mention has to be made of Ed Oxenbould who, following promising roles in The Visit and Better Watch Out, gets to sink his teeth in a more rounded character and convincingly sways the audience with his take on a young boy whose teenage years require accelerated growth as his parents’ preoccupations (mostly) leave him to fend for himself.

Whenever Dano isn’t wisely using a closeup of Joe’s face to imprint the full weight of familial collapse we see Oxenbould expertly navigating the torn state of a kid who loves his parents but resents their choices and comes to understand that mom and dad are their own people rather than domestic roles. Befitting Wildlife’s great strength of understatement, the final image, a family portrait of visible discomfort and fracture, promises a future in which Joe will have had the opportunity of learning from their shared mistakes and will be bold enough to not live up to anyone’s expectations of gender but his own.

Do you feel this content is inappropriate or infringes upon your rights? Click here to report it, or see our DMCA policy.
Carey MulliganEd OxenbouldJake GyllenhaalLeiden International Film FestivalPaul DanoWildlifeZoe Kazan