Animation mastermind Hosada Mamoru charts an exciting new path through the wilds of childhood, family and the imagination 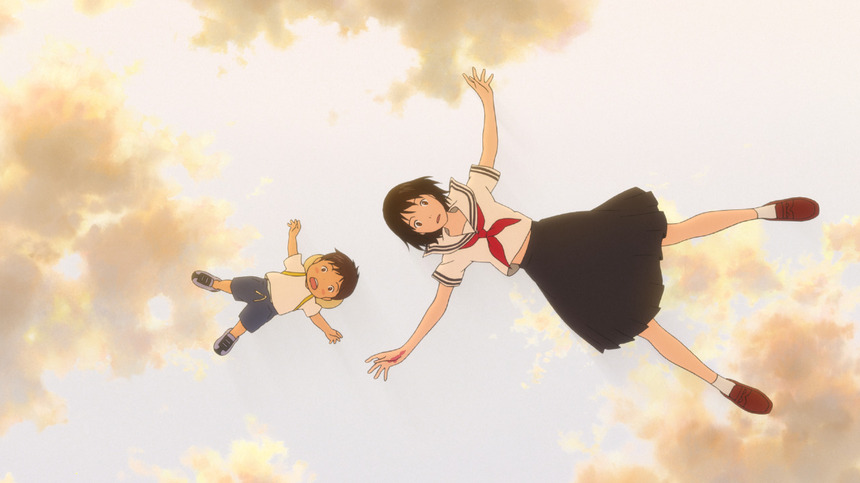 Kun is a spoiled, self-centered 4-year old boy who, up until the birth of his baby sister Mirai, has had the full attention and affection of his parents. While he's excited to meet the family's newest addition at first, he soon comes to realize how his life is about to change for the worse: mom and dad are always distracted or busy, baby Mirai is too small to play with, and everyone expects him to be the mature big brother. After throwing several tantrums, the boy retreats to his home's enclosed garden, where he finds a spontaneously generated magical world that links the past, present, and future of his family.

Few directors have the ability to initiate viewers into a fantastical realm as quickly and seamlessly as Hosada Mamoru, the animator behind Summer Wars and The Girl Who Leapt Through Time. Kun's otherworldly garden springs to life without any dry exposition, and the movie maintains a bouncy, episodic pace throughout. Part Alice in Wonderland, part A Christmas Carol, Hosada's latest film is as charming and moving as his other works--and perhaps even more beautifully animated.

Kun encounters the spirit of his dog in human form, his mother as a young girl his own age, and a 30-something version of his great grandfather. Most importantly, though, he meets the teenage incarnation of his sister Mirai ("Mirai" means "future" in Japanese, hence the original title Mirai no Mirai, or Mirai of the Future). Through his encounters with her, he begins to gain empathy, not only for his baby sister, but also for his mother--who he has begun to refer to as "hag" for her quick temper--and father as well.

The parents in Mirai are not just vague, distant figures as in many child-centric narratives. They are flawed, funny, believable people who don't always have the ideal response or maintain composure in the face of overwhelming stress. Often, the writing of family dynamics is genuinely hilarious because it rings so true: from the wife accusing her husband of trying to impress the neighbor ladies with his stay-at-home dad routine, to Kun insensitively noting that his mother looked skinnier on her wedding day.

Lastly, there's the animation itself. Mirai is Hosada's most visually stunning movie since Wolf Children, and perhaps surpasses it thanks to its inherent variety of landscapes and the freedom of form awarded by its imaginative conceits. Using the house's interior garden as a gateway to other backdrops keeps the film feeling grounded, with the mundane domesticity of the home serving as an effective contrast. It doesn't hurt that the house itself is a real beauty (the father in the film is an architect and designed it himself) and just as important to the story as the characters are.

While Mirai is a sentimental movie, it never loses its bite and gracefully balances its emotion with its comedy to wonderful results. Judging from the audience's riotous laughter in the packed screening I attended, this will be a popular opinion.