THE QUAKE Trailer: Oslo Shakes, May Not Survive 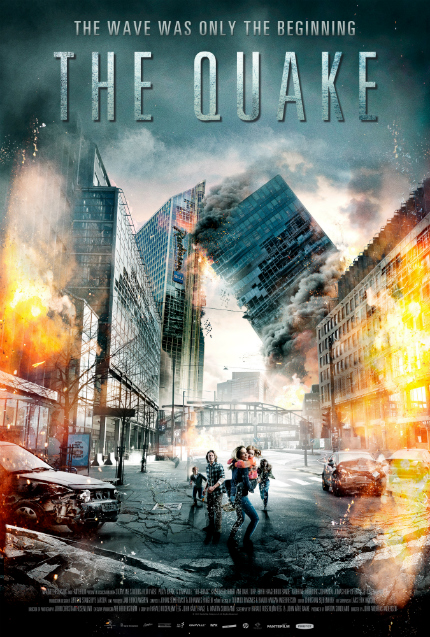 The unluckiest family in Norway decides to move to Oslo, which makes the fair citizens there quake in their boots.

I'm sure it's just a coincidence that the family that survived Roar Uthaug's terrific thriller The Wave (2015) is on hand for a sequel that looks to decimate an entire city (?!). Even though director Uthaug has moved on to other projects, lead actors Kristoffer Joner and Ane Dahl Torp have returned, which should ensure a continuity of good performances.

Presumably the film is about more than just the quake itself and surviving the aftermath, but the new trailer does a good job of showcasing what can happen to a city when wide-scale disaster strikes. (I grew up in Los Angeles, so I never go in buildings taller than two stories, for example.)

Watch the trailer below. Magnet Releasing will release The Quake in theaters, On Demand, on iTunes and on Amazon Prime Video December 14, 2018.

Do you feel this content is inappropriate or infringes upon your rights? Click here to report it, or see our DMCA policy.
Ane Dahl TorpEdith Haagenrud-SandeJohn Andreas AndersenJonas Hoff OftebroKathrine Thorborg JohansenKristoffer JonerNorway

More about The Quake