Fantastic Fest 2018 Review: SCHOOL'S OUT Plays a Dark Game of Cat and Mouse

Laurent Lafitte stars as a substitute teacher in over their head, in Sébastien Marnier's dread-inducing second feature. 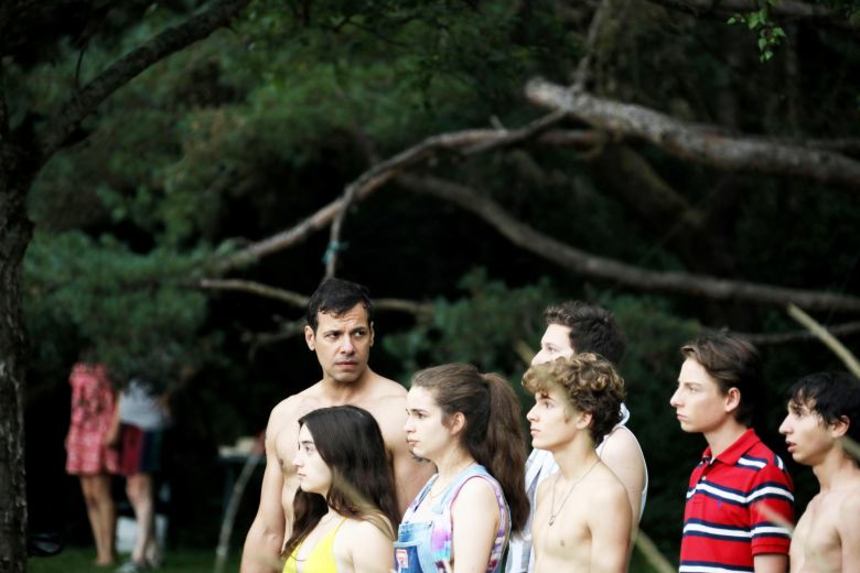 Writer-director Sébastien Marnier has crafted something special with his second feature film, School's Out. His first film, Irreproachable aka Faultless (2016) wowed festival audiences worldwide with a stylishly presented story of female obsession. He’s followed that up with something just as suspenseful but decidedly low-key. It hints at genre, definitely mines it, but builds towards something else decidedly unconventional.

Pierre, a substitute teacher called to fill in for a colleague who has committed suicide in front of his gifted students discovers an eerie calm pervading his classroom of gifted kids. As he finds himself drawn further into the lives of his students he finds a weird air of indifference amongst the other teachers about the disturbing things he finds. It also becomes clear he himself is being watched. A dark game of cat and mouse leads to a conclusion few viewers will see coming and many will be haunted by.  Marnier and his co-writer Elise Griffon allow situation to pile upon situation in unsettlingly credible fashion. It creates a quiet dread that always seems ready to signal something supernatural is at foot. In fact some might argue the films ending is open to that interpretation.

Well known french actor Laurent Lafitte makes of Pierre a solidly believable presence in the kids' lives. In other hands his prying might seem creepy but he clearly feels haunted by what he learns and senses something coming. Luàna Bajrami, in her feature film debut, is especially effective as the defacto leader of the kids and there’s no doubt the somewhat vacant facial expressions the group will remind genre lovers of Village of the Damned (1960).

In fact, without providing spoilers, it’s fair to say that Marnier is turning the story of Village on its head. The kids, are a cypher indeed. Why do they play dangerous games down at the old quarry? What does their special arrogance that drives a deep wedge between them and the other children spring from?  They are clearly manipulating the adults around them and yet it’s unclear if their intentions are evil. Indeed, they prove dedicated to something all too human. Something that their teachers, lost in their own worlds are too disconnected from to see.

Marnier is attempting a psychological study here but it’s of a philosophical point of view rather than a character. How would a person who believes this act? What would the future look like to them? To say more would be to rob the movie of it’s hard fought conclusion. It asks us to consider and perhaps be grateful that, at present at least, the question is academic. This is after all just a movie. Or is it? Marnier has made a dark near fantasy  about something all too real.