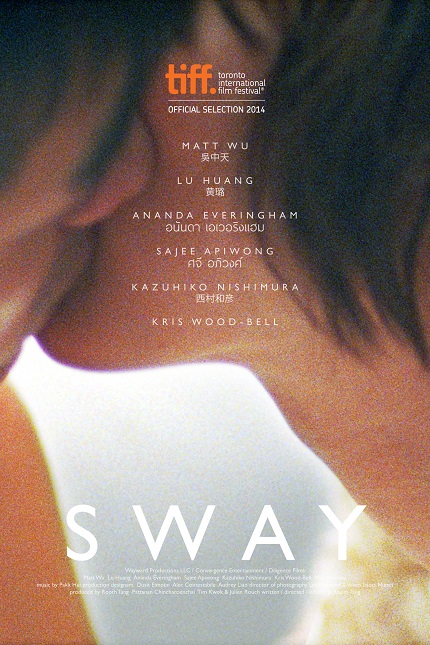 It “follows the lives of three couples living in three worldly cities and reflects on the excitements and struggles of immigrant experience in the age of globalization when individuals have become more mobile but also more rootless than ever. In Paris, Arthur tries to convince his girlfriend to return to Asia together with him before his visa expires. In Bangkok, June ponders her future with husband Palm in America. And in Los Angeles, Amanda tries to fit into the family of a Japanese widower still haunted by their loss.”

Sway will be streaming in North America from September 1, and thanks to Cheng Cheng Films, a New York-based distributor of Chinese language films, 5 of our readers in the US and Canada will get to watch the film for free.

For a chance to win a promotional iTunes code to see the film, all you have to do is to follow these two steps:

2) Send an email to me at hugo[at]screenanarchy.com with the subject heading ‘Sway’.

This competition will close at 3pm on August 31. Good luck!

Do you feel this content is inappropriate or infringes upon your rights? Click here to report it, or see our DMCA policy.
Cheng Cheng FilmscompetitionRooth TangSway