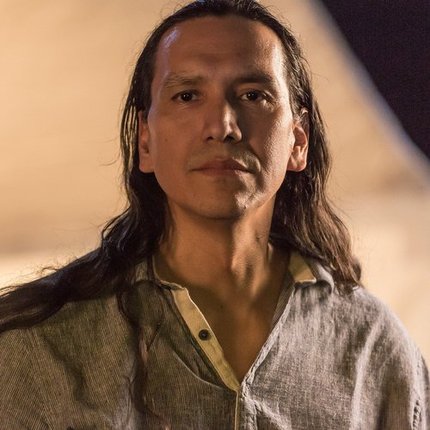 Things are about to get very bloody in the Kahnawake Mohawk Territory as filmmaker Jeff Barnaby - a native Canadian from the Mi'gmaq nation - launches principal photography on his long in the works horror feature Blood Quantum. With production split between the Mohawk territory just outside Montreal and Barnaby's own home town of Listuguj, the film features an overwhelmingly indigenous cast as it seeks to bring a new layer of social commentary to the zombie genre.

In Blood Quantum, the dead are coming back to life outside the isolated Mi’gmaq reserve of Red Crow, except for its Indigenous inhabitants who are immune to the zombie plague. Traylor, the tribal sheriff, must protect his son’s pregnant girlfriend, apocalyptic refugees, and reserve riff raff from the hordes of walking white corpses.

We've been huge fans of Barnaby's work for years here in these pages, the filmmaker continuously subverting genre conventions to address issues of identity in his work and clearly that's going to continue here. That racial divide amongst the infected and immune - and the irony of white refugees of a zombie outbreak seeking shelter on the reserves that they forced the native population on to in the first place - is absolutely intentional.

Fear The Walking Dead's Michael Greyeyes anchors the cast here with Elle-Máijá Tailfeathers, Forrest Goodluck, Kiowa Gordon, Olivia Scriven, Brandon Oakes, William Belleau, Kawennahere Devery Jacobs, Gary Farmer, and Stonehorse Lone Goeman rounding out the main cast. As the casting philosophy was once explained to me, if an actor wouldn't be immune to the outbreak in real life they're not going to be in the film. At least not as a native character.

XYZ Films (where I am the head of international acquisitions) is involved in the film in a sales capacity so I'm clearly biased but this is a film that I've been dying to see made for years now and couldn't be happier to see it move forward. It's going to be a landmark in terms of representation and it's also going to be super, super, super badass. Keep an eye open for further developments.