SXSW 2018 Trailer: In ALL SQUARE, The Kids Are Good Bets 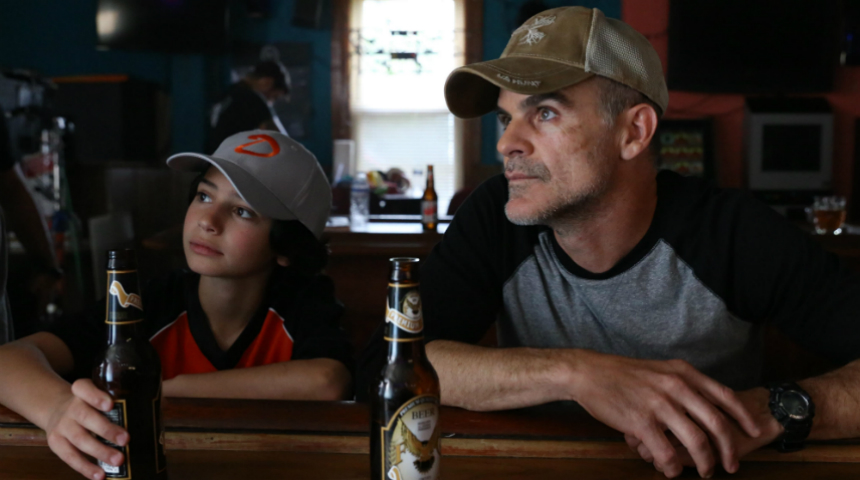 Michael Kelly is most familiar (to me) from his time spent as an ice-cold political operative on Netflix's House of Cards. Sure, he was a diabolical character, but what stood out to me was the suggestion that, somewhere, far beneath the ice water running through his veins, a warm heart -- that had been beaten into submission -- was slowly beating.

Kelly, of course, is capable of far more than one type of character, and in the upcoming All Square, he stars as a likable bookie who has seen better days. John Hyams (of Universal Soldier: Regeneration fame!) directed. Here's the synopsis:

John Zbikowski (Michael Kelly) is a small town bookie having a hard time collecting on outstanding debts. After a one night stand with an ex-girlfriend (Pamela Adlon), John strikes up an unlikely friendship with her 12-year old son, Brian (Jesse Ray Sheps), and develops a plan to recoup the money owed to him by taking bets on Brian's Youth League Baseball games.

All Square was produced by up and coming production house Mill House Motion Pictures, who will also be at SXSW looking for new projects, as will fellow producers Paperclip Ltd. Watch the first trailer below.

Do you feel this content is inappropriate or infringes upon your rights? Click here to report it, or see our DMCA policy.
Jesse Ray ShepsJohn HyamsJosh LucasMichael Kelly