Review: READY PLAYER ONE, Submitting Yourself to The Matrix Has Never Been This Much Fun

Upon exiting the theater after Ready Player One, my immediate takeaway was that “they don’t make films like this anymore.”

Based on the 2011 novel by Ernest Cline, Ready Player One takes place in the near-future of 2045, a dystopian landscape where Earth has become ridden by global warming, overpopulation, and general economic stagnation. Because of this dilapidation, many chose to spend their days inside the virtual society/MMORPG world of the OASIS.

What soon follows is a hero’s journey with Ohio orphan Wade Watts (Tye Sheridan) as he becomes the first player in five years to unlock part of the puzzle left by the OASIS’ creator James Halliday (Mark Rylance) in his last will and testament. Stated in the will, the first one who unlocks all three challenges will inherit his fortune and total control of the OASIS. Of course, an evil corporation has nefarious plans for this world, but luckily Wade is not alone as he and his friends -- collectively known as the High Five -- are there to save the day.

At first glance, Ready Player One could easily be dismissed as another addition to the canon of hollow blockbusters that overcompensate via CGI (the early trailers didn’t inspire much faith). But what sets the film apart is the palpable thoughtfulness put into its creation. The CGI use feels not just warranted but greatly justified as the visual awe and frenetic thrills the movie delivers push the boundaries of creativity, the scale and size of which possibly unachievable in live-action.

I’d like to think that this expectation setting -- that all OASIS scenes exist within a computer -- lends to less suspension of disbelief, making the experience subconsciously even more immersive. Compared to say, us audiences forcing our brains not to mind when clearly computerized animation interacts on a real world plane (e.g., Justice League, lol).

Ready Player One is a film that sets out to remind viewers of the power of a blockbuster, removed from the connotations of uninspired filmmaking we’ve gotten accustomed to through the years.

The credit of this craft goes mainly to director Steven Spielberg, who makes the most out of material with jarring, inherent flaws, which I’ll go into later.

If you think about it, the film couldn’t have been handed over to a more apt and capable director. Again, this is the man who practically invented 'blockbusters' through a rich filmography of films like Jaws, E.T., the Indiana Jones series and Jurassic Park. These are what introduced wonder to countless children across generations (including mine). Luckily, Ready Player One had just the right elements in it for Spielberg to tap into and, fortunately, do the same.

Plotwise though, there’s not much that separates Ready Player One from the ubiquitous 'group of kids take on grown-ups to save the world' action-adventure. Characters feel merely serviceable. How many times have we seen the tropes of “the orphan boy coming to grips with greatness” and “the angsty teen beyond her years who falls for him?”

In a way, the film’s nostalgia pulses not only through its (surprisingly restrained) pop culture references but via its storytelling. This works as a double-edged sword; though its narrative delivers the earnest, wide-eyed entertainment we have sorely missed in blockbusters, characters feel antiquated, lacking nuances. Also, story decisions fall under mere wish fulfillment while their stakes don’t always carry enough gravity to be felt (e.g., a convenient love story, caricaturish and surprisingly incompetent villains).

I couldn’t help but shake the feeling that many of Ready Player One’s trappings stem from the plot of the book itself.

There are many interesting ideas the world of the novel proposes. But the premise of escaping via a virtual world, or even the resignment and the apathy needed for someone to give up on the real world and fight so hard to save the OASIS, doesn’t feel fleshed out enough.

To clarify my point: Inheriting the OASIS probably means becoming the wealthiest person on the earth. Why then doesn’t anyone bring up how ludicrous the idea of sitting on that amount of wealth and not choosing to contribute to fixing the global dystopia of 2045 is? Why go half-ass on the dangers of engrossing yourself in the soma that the OASIS is?

To be fair, the film mildly grazes over this topic. But like its characters, Ready Player One is merely half-awake. It wants to have its cake and eat it too. By the end of it all, it posits the idea that in this world, it’s okay to spend the rest of your life hiding from reality. Yeah, you have to engage in it from time to time, two days a week maybe, but outside of that, it’s okay to forget real-world problems.

I would be lying, though, if denied the amount of crowd-pleasing fun the film delivers. This is as closest as we’ve gotten to classic, family-friendly Spielberg since the 1990s, and it's that specific form of nostalgia that plants its claws in me. Though I personally find it troubling that the film makes it sooo alluring to submit yourself to the Matrix, practically hooking yourself into it, but hey, they’ve got Iron Giant and a Gundam fighting Mechagodzilla (!?!?). 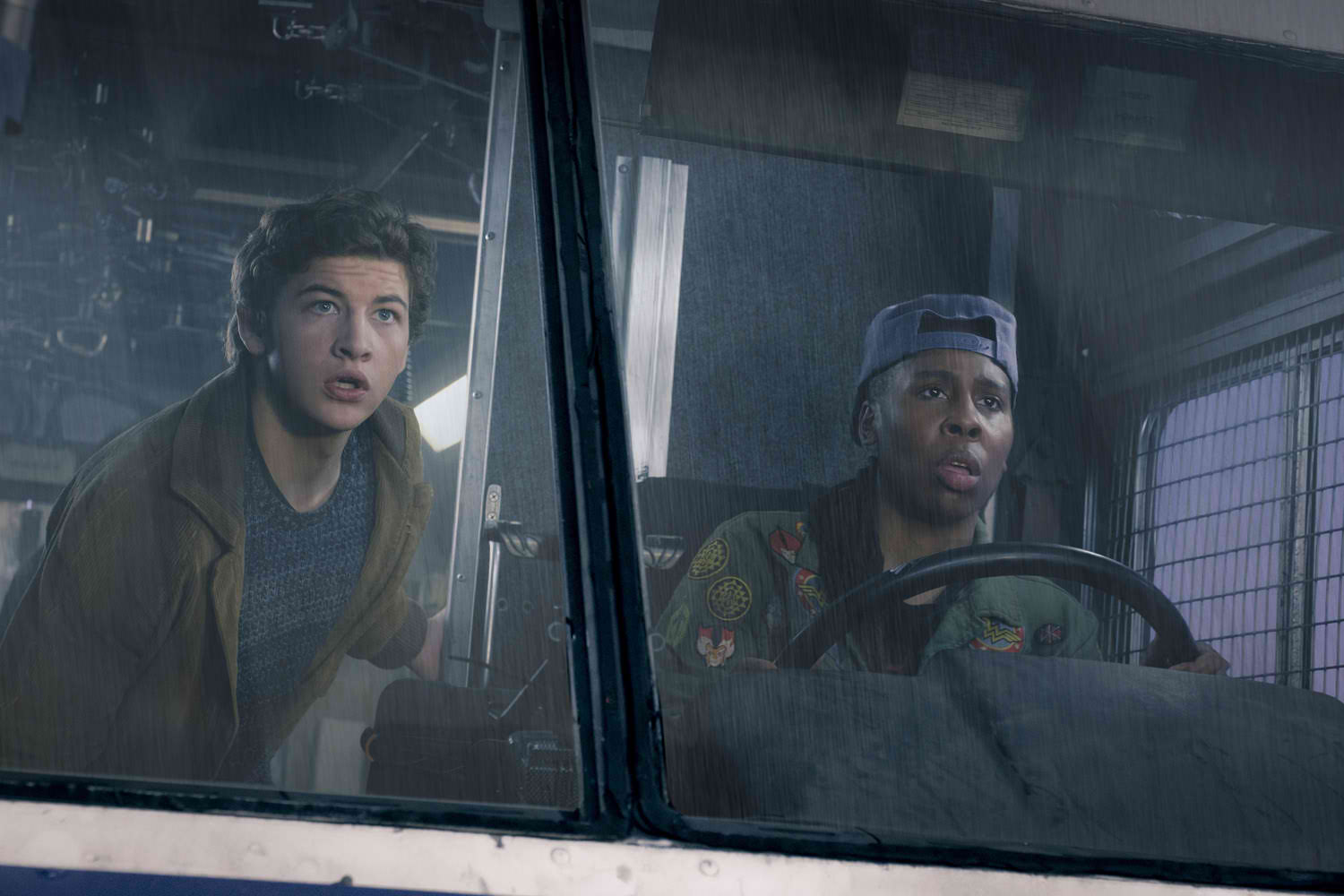 Do you feel this content is inappropriate or infringes upon your rights? Click here to report it, or see our DMCA policy.
Ben MendelsohnErnest ClineOlivia CookeSteven SpielbergTye Sheridan

More about Ready Player One