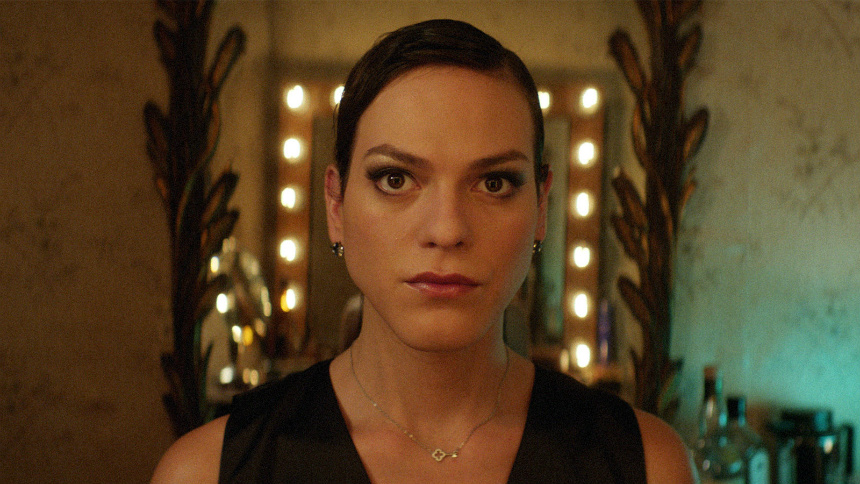 In 2016, Álex Anwandter's Chilean LGBT drama You'll Never Be Alone was one of the films that lit up Berlinale's programme from the heart of Panorama (read the review). And since then, Pablo Larraín has cemented his respected standing with Jackie, so you can't help but feel that now is a great time for Chilean cinema.

At the time of the 2016 festival, You'll Never Be Alone also felt particularly rare, being as it was perhaps one of the first major pieces of gay cinema from Chile. Rather than being a hackneyed attempt to copy its predecessor's success, however, Sebastián Lelio's trans follow up A Fantastic Woman (Una mujer fantastica) feels rather like a further consolidation, making its way as it does into the 67th Berlinale Main Competition with a star quality that seems unmistakable.

And thank God that it has, because there has been some serious bunkum between On Body and Soul and now (i.e. The Dinner, Viceroy's House and Pokot - which thankfully will not be making it anywhere near Martin Kudlac's look at promising Polish cinema). Alongside Alain Gomis' Félicité, A Fantastic Woman proudly struts on the international stage and talks some sense into a festival that perhaps at times has a tendency to pick quantity over quality (or maybe great films are just in shorter supply these days).

Nevertheless, A Fantastic Woman makes a very striking first impression. It introduces us to the suave and sophisticated Orlando (Francisco Reyes). A teeny-tiny bit like Virginia Woolf's mysterious Orlando (who one day takes a bath and finds they have changed sex), Leilo's middle-aged character has recently shifted from being a straight, married man with kids to a man who is happily dating a transgender woman young enough to be his daughter.

And it's not hard to see why when we meet his new companion, either. Marina is real open-hearted bird of paradise who works as a waitress as she struggles to make it as a talented singer. Together with Orlando, the couple lives what can only be described as a wonderfully normal life, something LGBT characters rarely get a chance to do in film. They celebrate Marina's performances, dance, kiss, plan holidays and love each other just like any straight on-screen couple would do.

Except A Fantastic Woman certainly doesn't look like just any other film. Every shot looks shiney and glossy, like they're from some fancy holiday brochure, and the colours all seem sun-kissed and saturated. This is definitely a movie which always has matching handbags and shoes, and the gloriously imbetween-sexes Marina (Daniela Vega) is always dressed to impress, slaying in a wide array of primary-colour costumes smartly selected by costume designer Muriel Parra.

Neon red and ultramarine blue seem particularly prominent as carefully co-ordinated costumes, lighting and props all effuse their way into view, often creating a really rather irresistable mood board. It's a bit like a film that has some of the stylishness of Tom Ford's A Single Man mixed with some of the magical flights of fantasy that you find in Damien Chazelle's captivating juggernaut La La Land. But A Fantastic Woman definitely has an attitude which is Almodóvar all over, and some of the humorous defiance that we later see from Marina seems unmistakably influenced by films like Bad Education.

Marina comes to depend on this defiance not because of a relationship breakdown, but because of the fact that Orlando falls sick and dies of an aneurysm within the first 20 minutes of the movie. This is where the real crux of the movie unfolds, and it is the point where we are truly confronted with the treatment that some transgender women like Marina would face in modern, urban Chile.

It's important to note Marina's identity causes some characters in this film no problem at all, but as Orlando's sudden death begins to look suspicious, she definitely begins to find people who judge or mistreat her around every corner. Whether it's a quick-to-judge hospital doctor, a presumptious Sexual Crimes policewoman or Orlando's very hostile family, Marina never quite seems out of harm's way.

The performances Vega gives in these heated moments are always brilliantly collected and enigmatic, and she conveys perfectly a sense that Marina has developed a permament sheild of dignity against a lifetime of micro-aggressions. Nevertheless, the biting sarcasm which the characters volley at each other and the piano and flute music which accompanies many of these encounters is continuously light, and prevents the film from ever losing its nerve.

The music in particular feel like it wouldn't be out of place in a Disney fairy tale, and that's largely because the emphasis in A Fantastical Woman is also definitely always on the "fantastical." Lelio plays with a very South American magic realism that is quite delightful, and on top of all the heightened colours and larger than life events, Marina also runs into things like two men carrying a giant sheet of one-way glass, which shimmers and dances before our protagonist like an enchanted magic mirror from Snow White.

In another instance, the movie even breaks out into a full on dance routine (which involves flying) and the stylish Marina leads a tassle-filled flash dance that is quite hard to forget. In many ways, Lelio's decision to tap into these kinds of motifs or genres makes perfect sense, as transcending gender is often about striving to create a reality that is greater or different to the one we feel born into. You feel Francois Ozon tried to do this less successfully in The New Girlfriend back in 2015 too. But Leilo's better effort deals with Marina's choice to be trans on her own terms, rather than giving it some daft back story as Ozon does.

But even if Leilo's playful soundtrack and magic realism at times prevents you from thinking the director is being serious, one thing is for certain, the war drums beat loud and clear in A Fantastical Woman. Shots are fired in every word exchanged between Marina and her transphobic counterparts, and the film actually proves to be quite an urgent discussion about not only how individuals treat the Chilean trans community, but also how institutions like marriage or the law prevent this community from achieving the rights to which they are entitled.

It's quite a tense masterpiece of micro-aggressions at times, but A Fantastic Woman does prove to be a cinematic experience that is always simultaneously charming, serious and magical. It's definitely one of the better competition so far, and you definitely feel that Lelio is trying to tear open a mainstream space for discussion, acceptance and reflection, which can be no bad thing.

Review originally published during the Berlinale in February 2017. The film will open in select theaters in the U.S. on Friday, February 2 via Sony Pictures Classics.

More about A Fantastic Woman